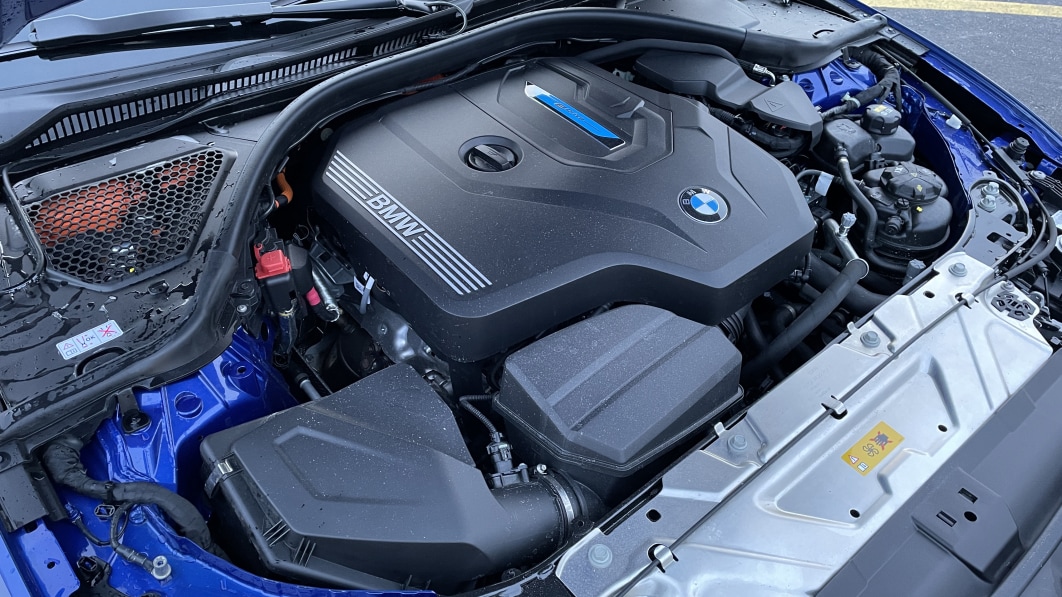 After using our long-term 2022 BMW 330e xDrive for some longer drives, as spring has sprung I’ve settled back down into a busy routine with children’s school and extracurricular activities, on top of the rest of my daily driving duties. The kids need to go a lot of places this spring, it appears. As such, I’ve been able to enjoy our 3 Series on shorter but more frequent jaunts.

It’s a quiet car around town, even with the engine running. The turbo-four runs smoothly and quietly, with a sound that is neither harsh nor particularly inspiring. With the windows rolled down, however, one can hear the turbocharger at work, providing a satisfying whisper that corresponds with the car’s accelerative forces. The two work in tandem perfectly to ensure a steady stream of torque as the electric power covers any turbo lag that might otherwise make itself known.

Lately, I’ve been able to do most of my local driving — mostly trips to my children’s schools and to the grocery store — completely on electric power. Unlike other PHEVs I’ve driven — our former long-term Volvo S60, for instance — the electric motor has enough power to keep the combustion engine from activating almost all of the time. Only a couple of times have I had to push the pedal past the palpable detent that causes it to fire up, and that was just when merging onto a particularly busy highway. Most of the time, though, I can accelerate to highway speeds, merge, and keep cruising solely under electric power. I’ve been using the 330e pretty much EV-only for the past few weeks, and it feels great to wake up knowing I once again can skip the gas station during my daily driving.

One thing I find interesting — and Road Test Editor Zac Palmer mentioned in his 330e electric range test — is that the electric power is also routed through the car’s eight-speed automatic transmission. It’s subtle, and if you’re not used to driving EVs, you might not notice it, but you can feel gentle shifts when the car is in electric mode. Coming out of EV after EV after EV recently, wherein acceleration is very linear with no shifts, it comes as a surprise. I notice it here more than I did driving the Porsche Taycan and Audi E-Tron GT, which are EVs with two-speed transmissions. It’s not bad, here, just different enough for a geek to take notice.