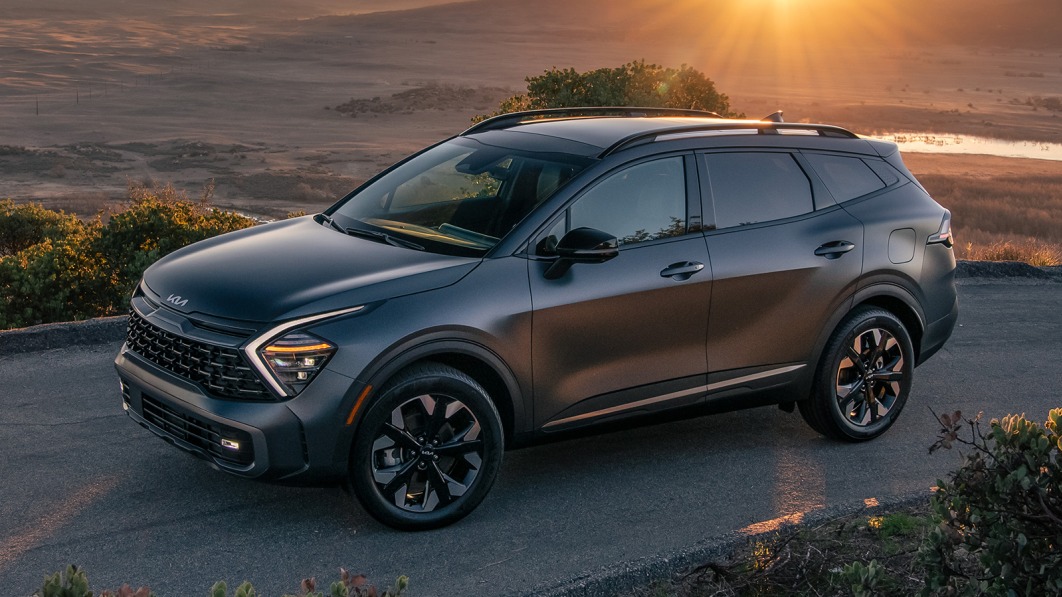 That price gets you one of only two trim versions available on the PHEV, the X-Line. The only other trim option is the X-Line Prestige, which starts at $44,285. Both of these feature slightly more rugged appearances than the standard Sportage trims. Compared with the top-rung Sportage HEV (non-plug-in), the PHEV starts a little more than $2,000 more.

The PHEV does offer extra performance and electric range compared to the regular hybrid. The turbocharged 1.6-liter four-cylinder is coupled with an electric motor for a total output of 261 horsepower and 258 pound-feet of torque. Power goes through a six-speed automatic and standard all-wheel drive. Final fuel economy numbers haven’t been given yet, but Kia estimates 84 mpg-e and an electric range at 34 miles. We would expect fuel economy with a drained battery to come in close to the regular, all-wheel-drive hybrid’s 38 mpg.

The Sportage PHEV also splits the difference between two key competitors. With front-wheel-drive only and less power is the Ford Escape PHEV. But the Ford costs close to $3,000 less starting at $36,950 and it boasts even greater efficiency at 105 mpg-e. Above the Kia is the Toyota RAV4 Prime, which gets a few more miles of electric range (42) and more power (305 hp), but it starts at $41,635.

The Sportage PHEV is available now, and it’s being sold in all 50 states.