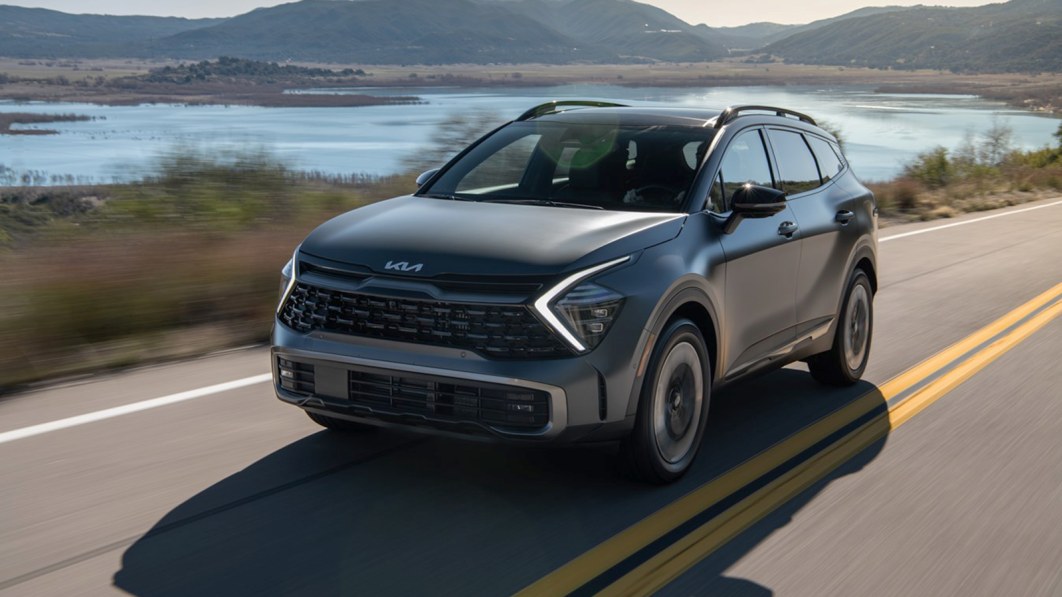 The 2023 Kia Sportage lineup has expanded once again with the reveal of the plug-in hybrid variant. It features an estimated 32 miles of electric range, but that’s not all. It also gets standard all-wheel drive and is the most powerful Sportage option.

The Sportage PHEV gets a turbocharged 1.6-liter four-cylinder rated at 177 horsepower, plus a 66.9-kw electric motor. These are the same specs as the powertrain in the larger Sorento PHEV, so we suspect the combined output is the same: 261 horsepower and 258 pound-feet of torque. That’s a little more than 30 horsepower over the regular Sportage hybrid.

The engine is connected to a six-speed automatic transmission and all-wheel drive. This is the only configuration available for the PHEV.

As mentioned, electric range is estimated to be 32 miles from the 13.8-kWh battery pack. Kia also estimates that a full charge can be obtained in two hours on a Level 2 charger. Full EPA fuel-economy numbers haven’t been announced yet.

The Sportage PHEV is also only available in X-Line trims (regular X-Line and X-Line Prestige), which come with more off-road oriented body work, satin chrome accents and gloss-black alloy wheels. The hybrid SUV goes on sale in the third quarter of this year. Pricing has not yet been announced, but we would expect it to be the most expensive version of the Sportage.

The Tesla Model Y. Tim Levin/Insider Teslas are by far the most popular electric vehicles…