Home News A Syrian colonel is jailed for life in a first torture trial for the Assad regime. It's one step in a 'long path to justice,' say victims' families
Anwar Raslan, a senior regime official, headed the investigation unit at a notorious Damascus detention center known as Branch 251. On Thursday, he wasfound guilty of all the counts brought against him, with the court finding him to be a co-perpetrator in at least 4,000 cases of torture, 27 murders and two cases of sexual assault.
The judges described the crimes as systematic and part of decades-long practices by the Assad regime.
Raslan may be eligible for parole after 15 years in prison. The European Center for Constitutional and Human Rights, which represented the joint plaintiffs, initially reported that he had been convicted on 30 counts of murder and five cases of sexual violence before revising its numbers.
Raslan’s co-defendant, Eyad al-Gharib, a junior officer who also served in the facility, was convicted in February 2021 for aiding and abetting torture and deprivation of liberty as crimes against humanity. He is serving a four-and-a-half-year sentence. 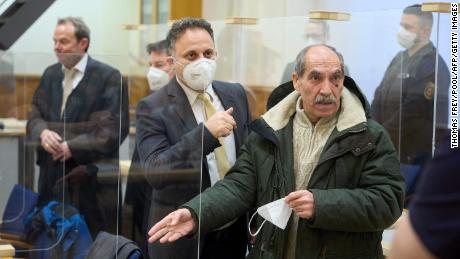 Raslan is the most senior regime official to be punished for torture, extrajudicial killings and sexual violence believed to have been systematically committed by members of Assad’s forces. He defected from the Syrian regime in 2012 and fled the country, and had denied all the charges against him.

‘A victory for the victims’

Joumana Seif, a Syrian lawyer who is part of the plaintiffs’ legal team, was one of those who waited outside the courthouse from 6 a.m. to hear the verdict. “It’s a real recognition of [the survivors’] suffering,” she told CNN as news of the conviction came out, her voice faltering with what she described as tears of joy. “This will hopefully restore their faith in justice.” 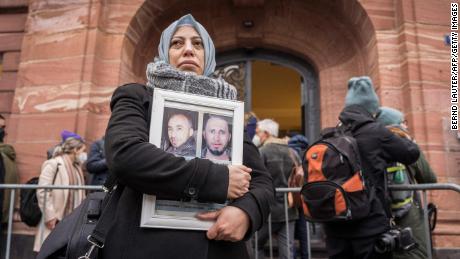 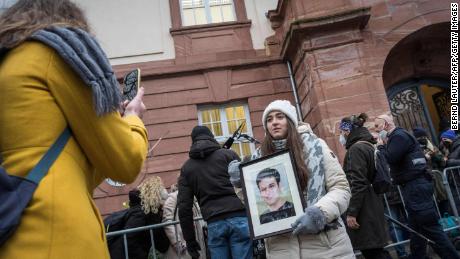 The landmark ruling comes as the Assad regime — accused of killing hundreds of thousands of civilians with conventional and chemical weapons — has been repairing diplomatic ties with former regional foes, such as the United Arab Emirates and Saudi Arabia. The United States and the European Union have criticized its Arab allies for bringing Assad into the regional fold, but have said they can do little to stop the rapprochement.

One unnamed female witness described being examined naked, as well as being beaten at the detention center. She detailed her encounter with Raslan after having been taken to him with her clothes torn from the assault, saying he ordered her blindfold removed, and offered her coffee. The next day, according to a summary of her interactions with Raslan by the European Center for Constitutional and Human Rights, she was transferred to another district and released.
Co-plaintiff Wassim Mukdad, a Syrian musician living in Berlin, said he was hit on the soles and heels of his feet and on his knees during interrogations. “They knew exactly how to inflict maximum pain,” he told the court.
In their closing statements, the plaintiffs delivered emotional speeches, praising the court and berating Raslan for denying the charges against him. More than 100,000 people are believed to have been abducted, detained or gone missing in Syria, the United Nations has said, and one co-plaintiff criticized the judicial process for excluding enforced disappearances from the charges.
The co-plaintiff, Hussein Ghrer, recalled that his captors at the detention center said he would “disappear behind the sun.” He told the court that to his loved ones he was like Schrödinger’s cat, appearing both alive and dead at the same time. He said he was “banished from life without actually dying.” 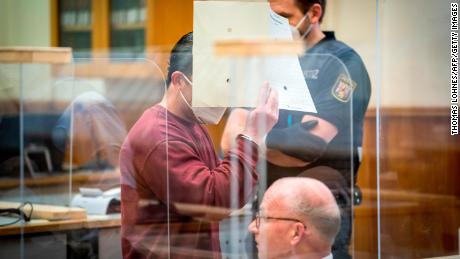 “Regardless of how long [Raslan] will be imprisoned, he will have a clock near him, he will see the sun and know when it rises and when it sets,” Ghrer told the court. “He will have medical care when needed, and he will receive visits from relatives who will know how he is doing, just as he will know how they are doing.”
Raslan’s trial was seen as the culmination of nearly a decade of evidence collected by activists and lawyers seeking to hold the Assad regime accountable for alleged war crimes and crimes against humanity.
In the early years of Syria’s uprising-turned-war, which began in 2011, volunteers known as “document hunters” smuggled out hundreds of thousands of documents from abandoned regime facilities. Many said they braved an onslaught of bullets and rockets to smuggle out papers that served as evidence in investigations against the regime.
In 2013, a defector codenamed Caesar smuggled tens of thousands of photographs showing prisoners allegedly tortured to death in Assad’s jails. The images were also part of the evidence in the landmark trial. 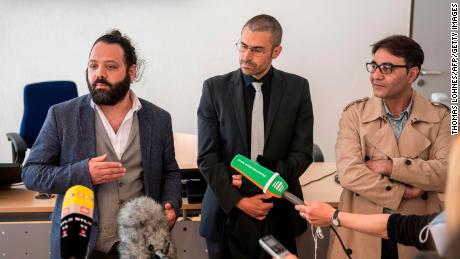 Lawyers and activists have vowed to continue to pursue the prosecution of former and current regime officials implicated in crimes. In Germany, Raslan and Gharib were arrested under the principle of universal jurisdiction, which gives a state jurisdiction over crimes against international law even if these did not occur inside that state.
The Commission for International Justice and Accountability (CIJA), which provided evidence to the court, welcomed what it described as a “historic conviction” Thursday, saying it was “a critically important measure of justice for the survivors and victims of the Syrian regime.”
“As our investigators continue collecting evidence of Assad’s atrocities and tracking regime officials in Europe, we expect to see more such trials in the near future,” the CIJA statement said.
“Our thoughts are with our Syrian colleagues whose selfless clandestine work behind the scenes of the world’s most dangerous conflict continues to feed investigations and prosecutions in Europe.”
The Syrian regime cannot be tried at the International Criminal Court because it is not party to it. Syria could be investigated by the ICC if the United Nations Security Council refers it, but Russia and China have blocked a previous attempt to do so by the UNSC.
In July 2021, a German prosecutor indicted a Syrian regime doctor, Alaa Mousa, who is accused of burning the genitals of at least one prisoner. His trial begins in Frankfurt this month.
“We all agree that this can only be a first step,” Patrick Kroker, a lawyer with the European Center for Constitutional and Human Rights representing the joint plaintiffs, said in a Monday news conference. “There are international arrest warrants still outstanding against even higher-ranking persons and we hope and we dem​and that these will be pursued.
“There will be no safe haven in the world for these people.”
Correction: This story has been updated to correct the details of Anwar Raslan’s sentencing. He may be eligible for parole after 15 years in jail.