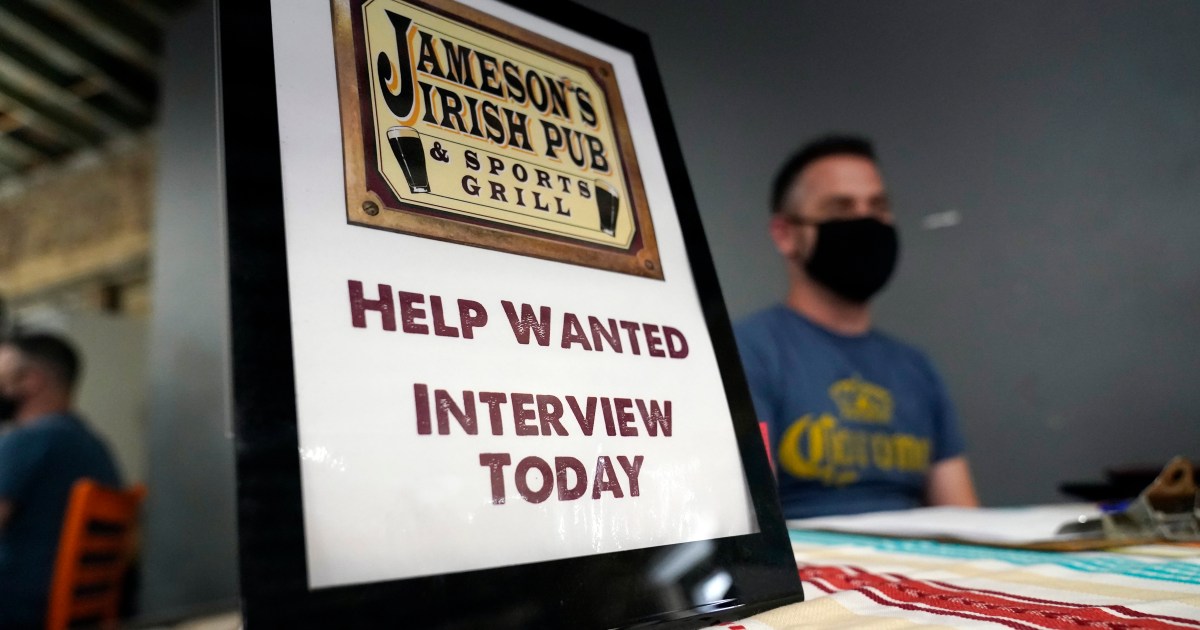 If there are any lingering doubts over exactly who holds the upper hand in the United States jobs market these days, Tuesday’s latest figures from the Department of Labor should put them to rest – because workers haven’t had this much power to call the shots in decades.

The latest Job Openings and Labor Turnover Survey (JOLTS) released on Tuesday showed a record 4.5 million Americans voluntarily quit their jobs in November. That is an increase of 382,000 over the previous month.

Meanwhile, the number of job openings fell by over half a million from October to 10.6 million in November, but that is still significantly high by historical standards.

Customer-facing leisure and hospitality jobs – which include hotels and restaurants – as well as retail, saw the highest number of workers head for the exits. The highest number of job openings continue to be in those sectors as well, despite decreases from October to November.

The economy has yet to recapture all of the jobs it lost in the opening days of the coronavirus pandemic back in 2020 and an ongoing shortage of workers has weighed on job creation. The US added a disappointing 210,000 jobs in November. And though the labour force participation rate – which captures people who are either working or actively looking for a job – ticked up in November, it is still 1.5 percentage points shy of pre-pandemic levels.

Economists have been scratching their heads over why there are so few workers available for businesses to hire, but factors ranging from fear of contracting COVID-19, to childcare challenges, baby boomers taking early retirement, and workers unlocking their entrepreneurial spirits to start businesses of their own are believed to be factors.

Whatever the cause, workers are in a great bargaining position – and that leverage is evident in average hourly earnings, which increased 4.8 percent in November from the same period a year ago.

Still, that pay bump is not keeping up with inflation. The Fed’s preferred gauge of underlying inflation in the economy – Personal Consumption Expenditures- surged 5.7 percent in November compared to a year ago.

The November JOLTS survey was done before the Omicron variant of COVID-19 had rampaged throughout the US. But another crucial reading on the US labour market is due on Friday with the release of the December jobs report.