Skip to content
Breaking News
North Korea fires ballistic missiles in latest tests amid tension Mexico’s $10bn lawsuit against US gun makers dismissed by judge 5G Telecom Services to Be Launched on October 1 by PM Narendra Modi Google Pixel 7, Pixel 7 Pro India Pre-Order Date Set to October 6 via Flipkart The UK is gripped by an economic crisis of its own making 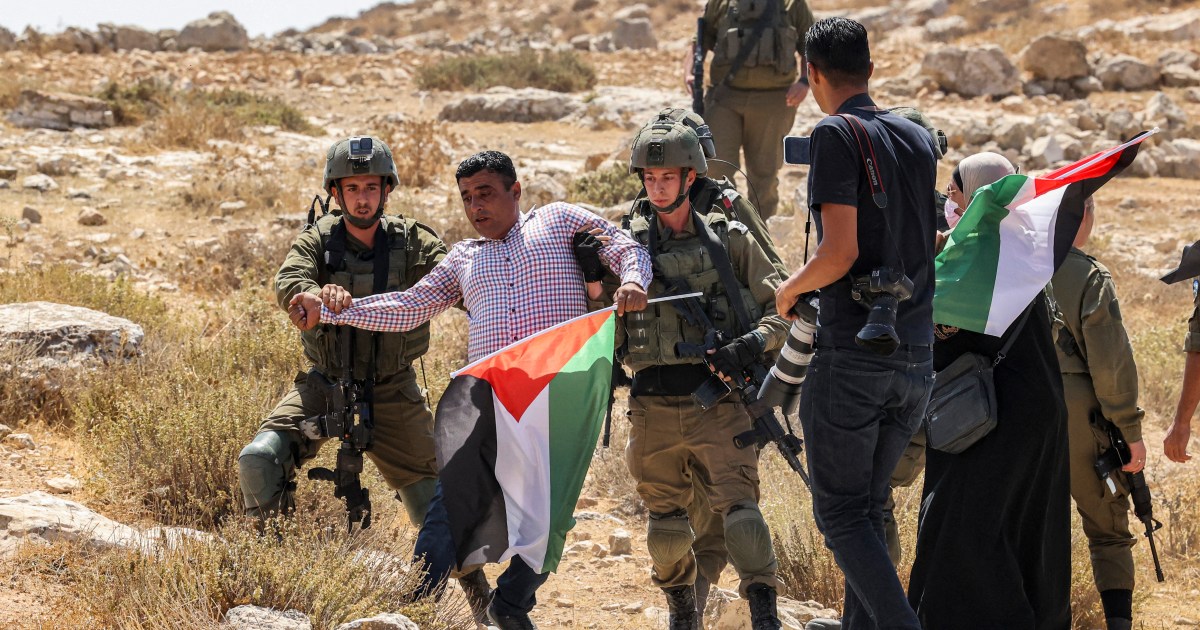 Washington, DC – In an era of hyper-partisanship in the United States, a new bipartisan consensus appeared to emerge on Capitol Hill this week: condemning Amnesty International over its report accusing Israel of committing the crime of apartheid against Palestinians.

Dozens of US lawmakers from both major parties, including powerful legislators and heads of key committees in the House of Representatives and Senate, have released statements rejecting Amnesty’s findings – with some accusing the group of fuelling antisemitism.

These forceful condemnations, analysts say, illustrate the level of support Israel enjoys in Washington despite mounting allegations of abuse – but they do not reduce the validity of the rights group’s report.

“They want to nip this in the bud, but the bud has already broken ground and undeveloped roots, and it’s going to be a losing battle on their part,” said James Zogby, president of the Arab American Institute (AAI), a Washington-based think tank.

Zogby told Al Jazeera that domestic political pressures have compelled many legislators to condemn the Amnesty report, but the group’s status and international credibility make it difficult to dismiss its conclusion that Israel is systematically oppressing Palestinians.

He added that while many US legislators are demonising the report and accusing Amnesty International of bias, they have not discussed specific allegations. “They’ve decided to just focus on the use of the word ‘apartheid’ because that’s the only case they can make … ‘How dare you use apartheid to describe Israel.’”

In its February 1 report, Amnesty said Israel is committing the crime of apartheid against Palestinians in the occupied Palestinian territories (OPT), as well as within Israel. Human Rights Watch, Israeli rights group B’Tselem and Palestinian rights groups have all reached the same conclusion.

“Israel has imposed a system of oppression and domination over Palestinians wherever it exercises control over the enjoyment of their rights – across Israel and the OPT and with regard to Palestinian refugees,” Amnesty’s report (PDF) reads.

“The segregation is conducted in a systematic and highly institutionalized manner through laws, policies and practices, all intended to prevent Palestinians from claiming and enjoying equal rights to Jewish Israelis within Israel and the OPT, and thus intended to oppress and dominate the Palestinian people.”

The response from US Congress members was swift.

A day after the report was released, nine centrist House Democrats, including former Democratic National Committee chairwoman Debbie Wasserman Schultz, called it “baseless”, “biased” and “steeped in antisemitism”, saying it was “part of Amnesty’s broad, decades-long campaign to criminalize and delegitimize the world’s only Jewish state”.

Republican Congressman Lee Zeldin also attacked the rights group. “Amnesty International is a so-called ‘human rights organization’ that routinely hurls false accusations of oppression against Israel, ignores violent attacks on Israel from its hostile neighbors and fans the flames of antisemitism around the world,” he said in a statement on the day the report was published.

The Israeli government also had called the report “false, biased and antisemitic” – even before it was released.

“It’s pretty clear that these accusations of antisemitism are meant to avoid having a real conversation about Israel’s treatment of Palestinians,” said Morriah Kaplan, spokesperson for IfNotNow, a youth-led, anti-occupation US Jewish group. “And I think that it actually does a disservice to the larger and necessary fight against antisemitism.”

The chairs and ranking members of the foreign policy panels in the House and the Senate also denounced the report, with Bob Menendez, who leads the Senate Foreign Relations Committee, saying he was “deeply disturbed” by it.

But Amnesty explicitly stated that its report does not argue that the situation in Israel-Palestine is “the same or analogous to the system of segregation, oppression and domination as perpetrated in South Africa between 1948 and 1994”.

Moreover, Palestinian rights supporters have pointed out that South African anti-apartheid leaders, including the late Archbishop Desmond Tutu, have likened the struggle of Palestinians to that of Black South Africans.

Amnesty International USA did not return Al Jazeera’s response for comment, but the group released a statement in response to congressional concerns earlier this week, stressing that the group’s “sole mandate” is to document human rights abuses wherever they occur.

“The US Government is uniquely placed to meaningfully pressure Israeli authorities to repeal discriminatory laws and policies, issue reparations where appropriate, and uphold its obligations under international human rights and humanitarian law,” it said.

Meanwhile, a handful of progressive Democrats explicitly endorsed or appeared to back the report through social media posts, including Congresswomen Betty McCollum, Cori Bush, Ilhan Omar and Rashida Tlaib.

“Congress can no longer ignore or excuse Israel’s occupation & system of oppression,” McCollum, who has proposed a bill that would restrict Washington’s $3.8bn-a-year military aid to Israel over human rights abuses, wrote in response to the report.

Palestinian rights advocates had been counting on the rise of progressives, who have tried to push human rights issues to the fore within the Democratic Party, to shake Washington’s unconditional support for Israel.

Kaplan, of IfNotNow, told Al Jazeera that the adamant opposition to the report demonstrates that rights advocates are “effectively moving the conversation”, prompting Israel’s supporters to strongly defend the status quo.

“It’s showing that there are cracks, that we’re pushing on the right levers, but we just can’t expect for change to come overnight.”