Home Politic Analysis: Brandon Biden Tells Us Who He Really Is in Train Wreck of a Speech in Georgia 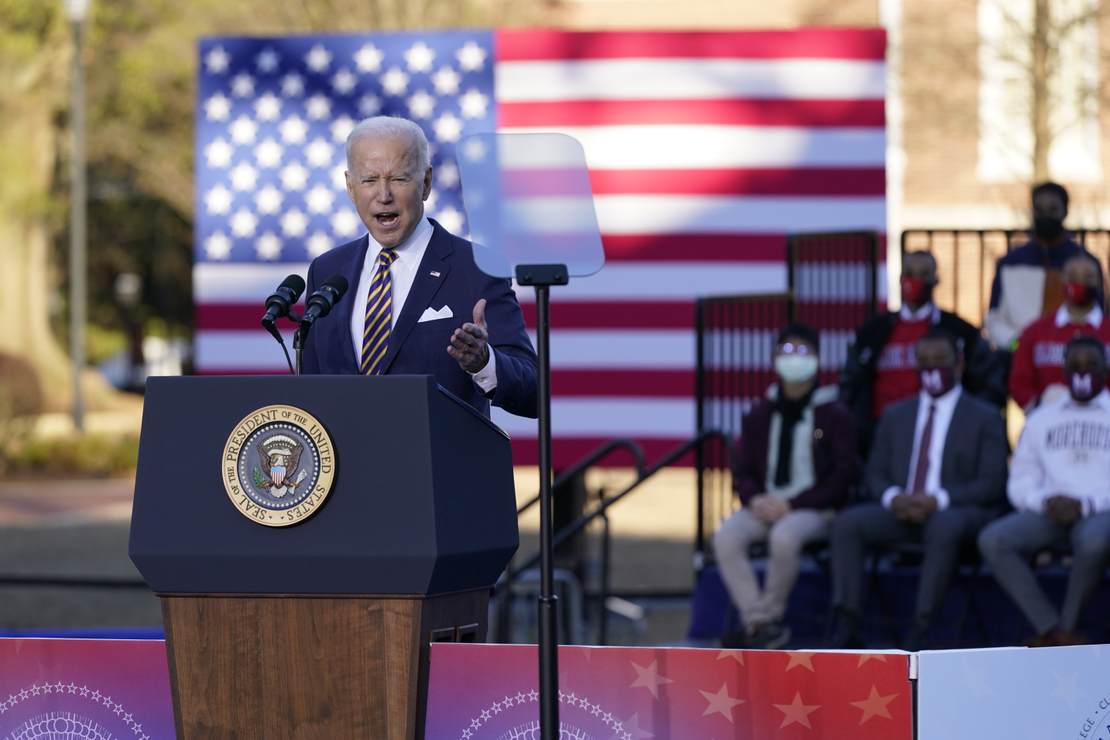 As expected, President Biden and Vice President Harris visited the state of Georgia earlier today where a sometimes confused Biden gave a scripted, angry speech in which he did a complete 180 on his previous remarks from his decades as a Senator about preserving the filibuster, endorsing making whatever changes necessary to the Senate rules in order to, as he said it, “prevent a minority of Senators from blocking action on voting rights.”

“When it comes to protecting majority rule in America, the majority should rule in the United States Senate,” he stated.

For those who missed the moment, watch below:

Joe Biden forcefully says the Senate should get rid of the filibuster so Democrats can pass their bill federalizing elections, eliminating election integrity laws, watering down voter ID laws and keeping Democrats in power forever. pic.twitter.com/mRgcoPbBMp

Though what will be talked about most in the days to come in response to Biden’s remarks will be the various ways Senate Democrats can/will try to go about doing this, which would basically include doing an end-run around two (possibly more) fellow Democrats including Sens. Joe Manchin and Kyrsten Sinema, there were other far more disturbing remarks Biden made as he spoke to the Georgia crowd that I think are worth mentioning and talking about.

At one point during his speech, Biden pulled the “you’re either with us or you’re evil,” card, suggesting that those who disagreed with him and his fellow Democrats on federalizing elections were akin to racist Democrats of the past including Jefferson Davis, Bull Connor, and George Wallace.

Joe Biden said during this speech that people who disagree with his bill to federalize elections are “domestic enemies” and are on the side of George Wallace, Bull Connor, and Jefferson Davis.

What you see here is truly the soul of nation being restored. pic.twitter.com/P2gZi5K0nS

For those who have been operating under the mistaken notion over the last year that Joe Biden really was one day going to become that “uniter in chief” he promised during his campaign that he would be if elected, Biden’s racially charged comments probably came as a shock. But though disgusting, they weren’t surprising for most of us who have understood for a while now that Biden has long used race as a tool to get ahead in politics, going back to when he was first elected to serve in the Senate in the early 1970s and continuing throughout his lengthy political career, including his time as Barack Obama’s Vice President and as a presidential candidate:

Some have suggested that in his cutthroat tactics against then-Supreme Court nominee Clarence Thomas lurked undertones of racism. Thomas himself believed Biden’s and the other Democrats’ efforts to torpedo his 1991 nomination were because Thomas was “the wrong black guy. He has to be destroyed.”

Another memorable moment where Biden trotted out the race card to try and win the hearts and minds of black voters was during the 2012 presidential campaign, when he alleged that Republican presidential nominee Mitt Romney – Mitt Romney – was going to “put you all back in chains” because Romney was “going to let the big banks once again write their own rules.”

More recently, Biden infamously said on the Charlamagne Tha God radio program in May 2020 that “if you have a problem figuring out whether you’re for me or Trump, then you ain’t black.”

My gut feeling is that not only will Biden’s efforts to nuke the filibuster fail spectacularly, but the way he’s going about it – what he said today – ultimately will backfire. The Democratic party is already losing black and Hispanic voters, many of who feel taken advantage of because they’re viewed as an “automatic vote” for Democrats.

Plus, Democrats go further left year after year, and the “woke” stuff is a turn off for a growing number of minority voters who don’t support defunding the police and don’t support racist educational curriculums nor any agendas that involve essentially kneecapping one group of students so the other ones can “catch up.”

Simply put, using race as a political tool to manipulate people and with which to tar and feather political opponents is something that more voters are turning their backs on. Those same voters likely also realize that someone who really wants to unite the country wouldn’t resort to using such despicable and tiresome props like the ones Biden used today. Don’t be surprised if we see that reflected in the exit polls later this year after the midterm elections.

As I’ve said before, when they tell us who they really are, we should listen. Joe Biden told the American people who he was today with his speech, and voters should respond accordingly by rejecting his radical agenda at the ballot box.

Flashback: The Most Shameful and Sobering Commentary of All on Joe Biden Has Just Revealed Itself