Home News Analysis: No one knows what to do about Boris Johnson
On Monday, a much-anticipated report by a senior civil servant into a series of lockdown-breaching gatherings held at Downing Street in 2020 and 2021, some allegedly attended by Johnson himself, delivered a verdict so damning that any other national leader might have been expected to resign. There were “failures of leadership and judgment,” Sue Gray concluded, with a “serious failure” to uphold the standards expected of members of government.
The evidence gathered by Gray was sufficiently serious that London’s Metropolitan Police have launched an investigation. Johnson could even end up being questioned over the allegations that Downing Street staffers held boozy gatherings with little connection to their workplace activities while citizens dutifully followed the rules and said goodbye to terminally ill loved-ones over Zoom.
After the report’s publication, Johnson decided to hit back at criticism by falsely accusing the opposition Labour leader, Keir Starmer, a former chief prosecutor for England, of “failing to prosecute” a notorious British pedophile, Jimmy Savile. The claim — which circulates in rightwing conspiracy theory circles — has been debunked multiples times (a decision not to prosecute Savile was taken by a regional division of the prosecution service). 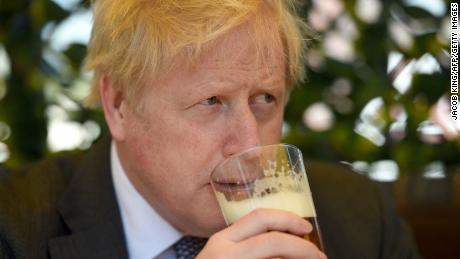 Johnson’s failure to withdraw it fully prompted his policy chief — a longtime aide and confidante — to quit in disgust on Thursday evening, issuing a blistering statement that reverberated around UK government circles.
Four more senior officials resigned in the following hours — some for different reasons, but it gave the impression that Downing Street was in freefall.
At the time of publication, Johnson clings on. And predictions of his demise have been made prematurely many times before. But it might now be the case that Johnson’s days in Downing Street are drawing to a close.
Once seen as a politician with a near-mythical ability to win over opponents with a natural charm, Johnson’s personal approval ratings and his Conservative party’s poll ratings have been steadily falling since the so-called Partygate scandal exploded last year. No one around Johnson or in his party is pretending that the situation isn’t very bad, possibly terminal.
Nonetheless, the sad reality for the numerous Conservatives who would like to see back of Johnson is that they have no idea if they are strong enough to remove him from power. And this might be what keeps Johnson in office, despite everything.
There is certainly the political will to commit regicide, but there is no clear alternative — either in personnel or ideology — to challenge the king.
To depose a Conservative leader, 15% of the parliamentary party must submit letters of no-confidence. Despite much dark talk of plots, that threshold has not yet been met. That isn’t because of any overwhelming support or loyalty to Johnson. It’s more that his most vocal critics are not factional leaders within the party. The vast majority of Conservatives that talked to CNN think that if a vote were triggered it would be by accident rather than design. Indeed, most are resigned to months of things getting worse before they get better and, for now, don’t think there’s much to be done about it. 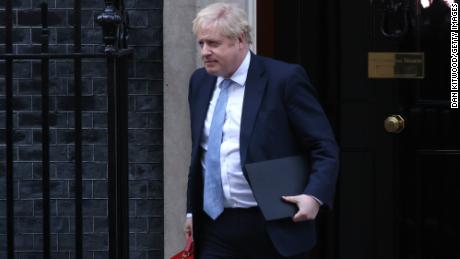 Why? Multiple Conservative members of parliament from across different wings of the party spoke of being exhausted, confused, angry and depressed. Those who spoke to CNN did so on the condition of anonymity because of the sensitivity of the situation and so they could be as honest as possible.
“It’s all terrible, but no one’s sure what to do,” says a senior Conservative lawmaker. “I am not even sure removing him is the best idea (because) all alternatives are a huge, untested risk,” the lawmaker adds, referencing not just the individuals who might replace Johnson, but also the ideology they would bring to government.
Even those who do believe Johnson needs to be removed from office before the next general election cannot agree on when it should happen.
A semi-loyal government minister who didn’t wish to embarrass Johnson, but accepted his departure this year was both necessary and inevitable, said that “most in this camp want to keep (Johnson) in place until either the full Gray or police report are published, or until after May’s local elections.”
Efforts to remove Johnson will likely gather pace if the police or the full Gray report — which will emerge once detectives’ investigation is complete — come to the conclusion that the Prime Minister either broke the law, misled parliament or engaged in some other kind of indefensible behavior.  However, no-one knows when the that date will come, and it might not be before the next electoral test for Johnson’s Conservative Party, local elections in early May.
If Conservatives suffer major losses in those polls, it will be very hard not to pin them on Johnson. There is no doubt that the opposition parties’ election campaigns will be almost entirely focussed on the Prime Minister, his trustworthiness and his personal conduct. 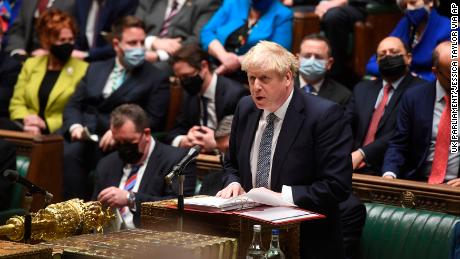 In either event, it seems that the preferred window for replacing Johnson, among those who oppose him, is the summer parliamentary recess, when Westminster largely shuts down. This affords the time for a proper leadership contest as well as time for a new leader to build their platform ahead of the next scheduled general election in May 2024.
However simple that sounds, there is one small snag for those seeking a smooth transition of power: Johnson and his allies do not want to quit and believe they can hang on, whatever happens.
Multiple advisers and ministerial allies in Johnson’s inner circle told CNN that they had considered calling the plotters’ bluff and calling a confidence vote in the PM with an ultimatum: Back me or sack me.
Historically, this has been an effective means by which embattled politicians have shored up strength. However, Johnson’s allies are confident that his internal opposition is so weak that such drastic action is unnecessary.
“Put it this way, if Royal Mail were relying on MPs to buy stamps to send in letters they would go out of business very quickly,” said one key ally.
A cabinet source told CNN that “back me or sack me implies he’s fighting from a position of weakness, which we just don’t believe he is.”
Even those most critical of Johnson agree, at least in part, with this analysis. One former minister said that “the summer might be too late, they are missing the window to get rid of him right now,” citing frustration among voters that government has become paralyzed by the scandal. 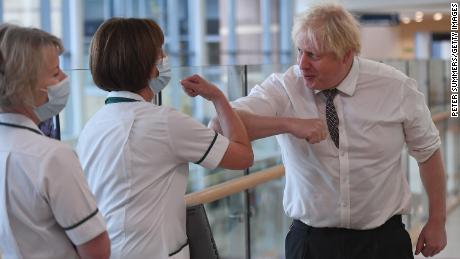 A senior Conservative critic of the Prime Minister said that the best hope of removing Johnson sooner rather than later would be an “organic, uncoordinated” submission of MPs’ letters that accidentally built momentum where “things would go south quickly.” The critic admitted this was wishful thinking, however.
After weeks of Partygate — and numerous missteps by Johnson himself — Conservatives find themselves trapped.
They know that Johnson is harming the party. They know that trying to remove him will be a bloody, public war that they could ultimately lose. They know that there are no guarantees that sacking him will make anything better: Johnson, after all, is probably the only politician in the country who defies gravity so regularly that it’s not impossible he could ride the scandal out and carry on winning elections. And a new leader could be less effective and hand the keys to 10 Downing Street to another party at the next election.
Everything is so unclear and confusing that few in the upper ranks of the Conservative party seem to have a clue as to what to do.
The longer this goes on, the more MPs will find themselves tarred by whatever public position they take — for Johnson, against Johnson, or conspicuously silent. And all the while their leader staggers on, protesting that his battering amounts to little more a flesh wound.

Vivo Y01A has been spotted on the Bureau of Indian Standards (BIS) certification website, as…