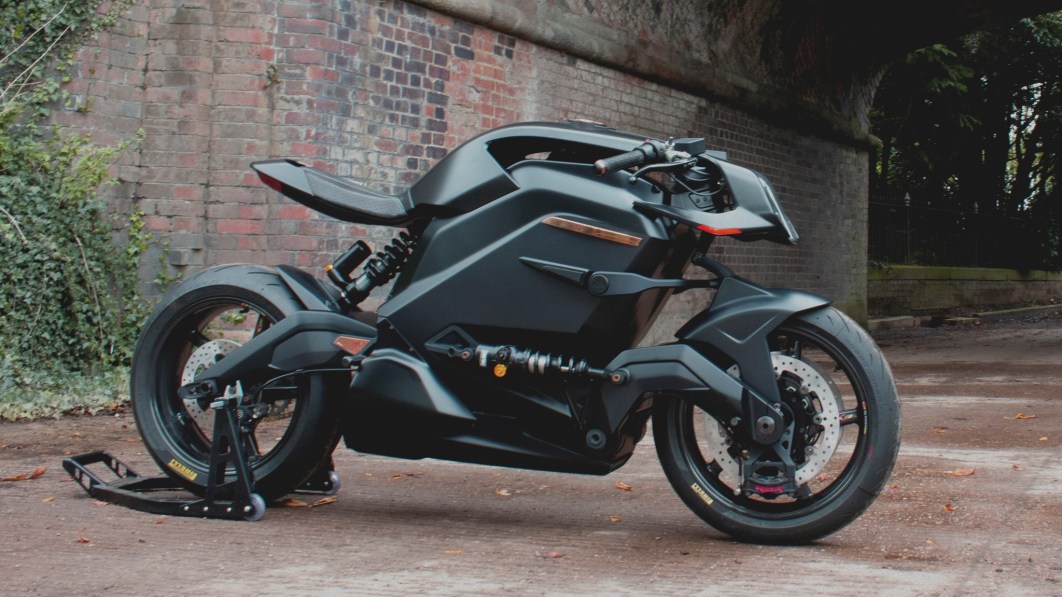 In 2018, former Jaguar Land Rover engineer Mark Truman showed his Arc Vector electric motorcycle. The Vector’s copious carbon fiber, wishbone hub steering, and Tron design said it wasn’t here to electrify motorcycles, it was here to explore what an electric performance motorcycle could be. Regrettably for Truman, one of the answers to that question was, “Really hard to bring to market.” After that 2018 reveal, investor issues led to bankruptcy in late 2019 instead of deliveries in 2020. Truman ended up buying the company assets back himself in 2021, and recently told Motorcycle News that the project is back on track. Development riders are said to be shepherding a production-ready fleet around Spain for homologation, reservation holders are at Arc’s central England HQ speccing their two-wheelers, the first bikes expected to meet their owners before the end of 2022.

As for what they’re getting, the Vector is built around a carbon fiber battery box holding a 399-volt, 16.8-kWh pack from Samsung. That box replaces a traditional frame, with all the other bits hung off of it. The battery turns a motor designed in-house with 138 horsepower and 293 pound-feet of torque, which spins a belt to the rear hub. The setup is claimed to get the 485-pound bike from zero to 62 miles per hour in 3.2 seconds. Top speed is limited to 124 mph. Assuming sane riding, Arc claims a range of 271 miles, surely a European NEDC figure. DC fast charging can refill the battery from empty in 40 minutes.

The parts list includes traditional spendy bits like custom Ohlins TTX dampers, Brembo Stylema brakes, and carbon fiber wheels. But Truman’s exploration of how far he could go with an electric motorcycle didn’t stop with the motorcycle. The Vector comes with the Arc Pilot System, which is an Arc Zenith helmet that houses a heads-up display and a rear-view camera, and an Origin armored undershirt and jacket with built-in haptic feedback. When a vehicle enters a riders blind spot, for instance, the jacket buzzes the rider in the appropriate location.

The price starts at 90,000 UK pounds sterling, about $122,000 greenbacks. The corporate ride should be a tad smoother this time, Truman saying that Arc is doing design and consulting work that makes the company fully self-funded. Assuming that’s all true, there’s even more planned for the Vector, with “a very special limited edition that we will be launching [in 2022] that will allow customers to get closer to their technology and be involved in the creation of future cutting-edge tech breakthroughs.”