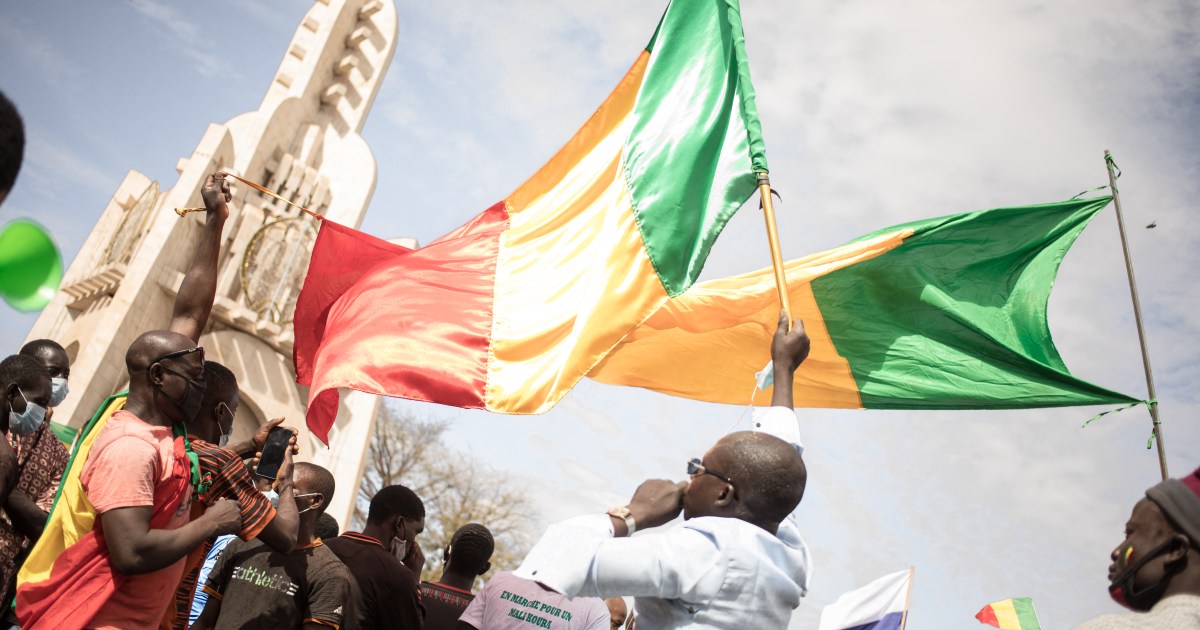 Adama Cisse was among the thousands of Malians who took to the streets last month after the military government called for protests against sanctions imposed by the Economic Community of West Africa States (ECOWAS) regional bloc over delayed elections.

“It’s not ECOWAS or France who are going to make decisions in our country,” the 40-year-old teacher said, also referring to Mali’s former colonial power. “Down with ECOWAS,” he chanted, alongside others in the capital, Bamako.

The set of tough economic and diplomatic sanctions, also backed by the European Union, the United States and France – was the last string ECOWAS pulled after the military government announced it would stay in power for the next five years, though it had initially agreed to hold the polls in February, in accordance with a transitional roadmap that had been in place since soldiers grabbed power, first in August 2020 and then again in May 2021.

Branded by ECOWAS as “contagious”, the coups in Mali have showed other militaries in the region they could capture power and hold on to it.

Indeed, there have been four successful military coups in West Africa in the past 18 months – two in Mali and one each in Burkina Faso and Guinea – as widespread frustration about corruption and the inability of local and foreign forces to tackle a years-long security crisis has eroded trust in state institutions across the conflict-hit countries of the Sahel region.

Fahiraman Rodrigue Kone, senior Sahel researcher at the Institute for Security Studies in Bamako, said even though the region was no stranger to military takeovers, the recent wave of coups had one thing in common: popular support.

“The recent military takeovers … are applauded,” he argued. “And this reflects a deep disillusionment against the civilian political elites that seem to have failed.”

‘Attacks on the people’

Struggling to contain the spread of militarisation, the 15-member ECOWAS has painfully watched its member states fall one by one into the hands of soldiers. Each time, it responded to the coup by suspending the country’s membership.

In Mali, after talks with the ruling military failed to bear fruit, ECOWAS also slapped on sanctions, including a trade embargo and a freeze of the country’s assets at the Central Bank of West African States.

The aim was to isolate the soldiers who overthrew elected officials so that Malian citizens themselves start pushing for elections. But, for now, the strategy does not seem to have worked.

One of the main trade unions, the National Union of Workers of Mali, said ECOWAS had “once again betrayed Africa”. No significant figure in Malian public life has so far expressed support for the punitive measures.

“Economic sanctions, in particular, are seen as attacks on the people, not the military leaders,” Kone told Al Jazeera. “They produce the opposite effect by exacerbating nationalism and instead provide popular support for nationalist rhetoric of the coup leaders.”

After ECOWAS also announced the closure of air and land borders between Mali and other member states, another military government in Guinea said it would not comply, throwing Mali a lifeline by giving the landlocked country maritime access.

The new military government in Burkina Faso, which also borders Mali, has not yet said if it would enforce the ECOWAS measures, while non-bloc members neighbours Mauritania and Algeria have not shown any interest in applying sanctions.

“ECOWAS is going through a crisis of legitimacy and credibility. The body is accused of applying double standards regarding its own democratic requirements,” Kone said.

While the body is “intransigent” in the face of military coups supported by the public, Kone said it remained silent in the face of constitutional “coups” led by long-ruling presidents who removed two-term limits and clung on to power, such as in Guinea and Ivory Coast.

The widespread anger over 83-year-old President Alpha Conde’s third term among Guineans was one of the reasons the military cited when it overthrew him in September 2021.

Daniel Eizenga, a research fellow at the Africa Center for Strategic Studies, said ECOWAS must confront democratic backsliding if it “is to meet the growing aspirations of its increasingly youthful populations.

“Failure to do so comes with high costs as evidenced by the recent string of coups and criticisms of double standards being lobbed at the regional economic community,” Eizenga told Al Jazeera.

But for Yabi Gilles, founder of West African think-tank WATHI, it is the ruling elites, not ECOWAS, who are responsible for the democratic decline across the region.

“The heads of state constitute the decision-making authority and make the most important decisions, but they won’t make decisions that go against their own interests,” Gilles said.

And “solidarity between heads of state in the region”, Gilles added, means that ECOWAS does not really have a say in the political leadership of member states.

In 2015, the bloc came close to banning presidential third terms following the removal of Burkina Faso’s veteran leader Blaise Compaore the previous year in an uprising sparked by his efforts to extend his time in office.

Such a move would have been a first for an African regional body, but it never happened as some ECOWAS leaders opposed it.

The military governments in Mali, Guinea and Burkina Faso have portrayed themselves as a bulwark against corrupt political elites, ECOWAS and France. But whether they will be able to deliver the promises they have made to the public remains to be seen.

Eizenga is not optimistic.

“Mali’s junta justified its coup based on insecurity and yet the Malian junta has not demonstrated a commitment or capacity to address security concerns. Attacks by militant groups increased by 30 percent in 2021 over 2020 when the junta took control,” he said.

Meanwhile, there also questions about how long the ruling military would be able to withstand the impact of tough sanctions, especially in the face of rising food prices and shortages.

For now, however, it seems to still have the backing of supporters such as Mouss Diallo, a young electrician in Bamako.

“The military asked for five years. Of course, it’s a long time, but what does that represent in the life of a nation?” Diallo said.

“We have not moved forward in 30 years of democracy. They are our only hope of recovering.”