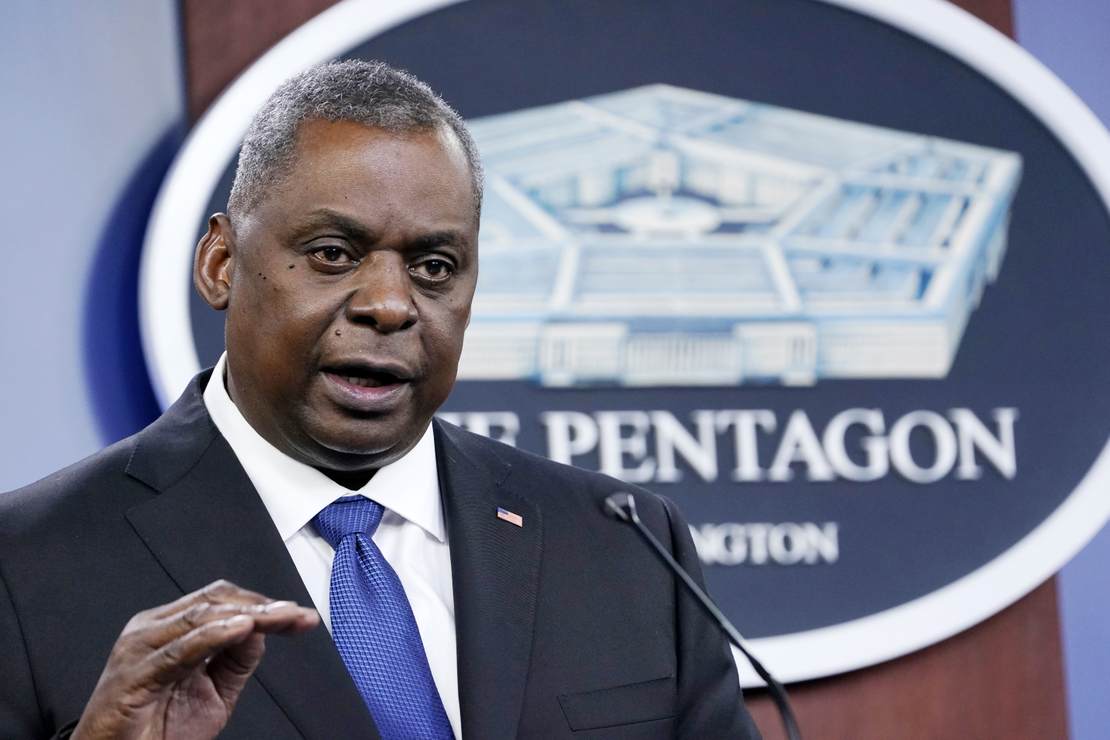 The Russian Army continues to threaten an all-out invasion of Ukraine. The growing Chinese Navy continues aggressive maneuvers against U.S. ships in the South China Sea. The ChiComs in Beijing ratchet up their aggressive rhetoric about the “reunification” of Taiwan with the Mainland. And Joe Biden’s Defense Department continues to focus on “diversity, equity, and inclusion” in the U.S. military.

How reassuring. How reality.

In a report titled Diversity, Equity, Inclusion Are Necessities in U.S. Military on the Department of Defense website, Bishop Garrison, senior advisor to Secretary of Defense Lloyd Austin — another winner — argues that diversity, inclusion, and equity (DEI) are essential in “making the U.S. military more successful in achieving critical missions and in making forces more lethal.” (Gen. George Patton would beg to differ.)

“I would hope that as many leaders and members of the total force as possible see [diversity, equity and inclusion] efforts as a force multiplier,” he said. He wants them to see the program as a way to make the U.S. military more successful in achieving critical missions and in making forces more lethal.

Bringing in more talented infantry personnel or military intelligence analysts is the goal for any program, he said. When the military gets recruits from diverse backgrounds, there will be more innovative thought, more innovative solutions to incredibly complex and complicated problems that are facing the national security apparatus today, he said.

According to Garrison, “the need for diversity, equity, and inclusion [should] be a consideration or a part of all decisions in the military.” You do see where all of this is headed, right?

“I want people to see [diversity, equity and inclusion] as another tool in the toolkit and another way of solving these problems. It’s not just something that has to be done because of some type of cultural ideology or culture wars that are going on — that’s not the case at all. It is, again, not diversity for diversity’s sake.”

Before we continue, do you ever envision Putin and his pal Xi, on a secure line between the Kremlin and Beijing, taking turns reading the latest asinine story about the silly crap going on in the U.S. military, compliments of Biden, Austin, and Mark Milley — and laughing their asses off? Yeah, me, too.

Putin: “Oh no! The most diverse military ever is coming to get us!”

This is yet another example of the decline in focus  — make that shift in focus — of America’s fighting forces under the current — ahem — commander in chief.

As reported in June 2021 by my colleague streiff, a former infantry officer, Lloyd Austin and Mark Milley have demonstrated time and again that they are hopelessly “devoted to Critical Race Theory at the expense of combat readiness.” Noted streiff:

Extremists, which apparently is a synonym for “conservatives,” in the ranks are targeted for elimination. The services are being deliberately balkanized into racial and ethnic groups and played off against one another. They are being morally degraded. […]

And Lloyd Austin and Mark Milley are focused on CRT and ensuring as many sexual perversions as possible are represented for the sake of Diversity, Inclusion, and Equity.

Speaking of “combat readiness,” as my colleague Nick Arama reported in March 2021, this… from the hapless commander in chief:

You know, some of — some of it is relatively straightforward work where we’re making good progress designing body armor that fits women properly; tailoring combat uniforms for women; creating maternity flight suits; updating — updating requirements for their hairstyles.

Yes, he really said that.

Aaand… Vladimir Putin just spit a mouthful of vodka all over his rotary dial phone, while Xi Jinping spit whatever the hell he drinks all over his pirated-technology smartphone.

Meanwhile, the Biden Clown Car rolls on down the clackety-clank tracks to disaster. One way or another.