Home News At least 7 British citizens and 1 American are being held by the Taliban in Afghanistan
No formal charges appear to have been lodged against the detained men. They include seven British citizens including one who is an American legal resident and one US citizen, according to the sources with direct knowledge of the matter in Afghanistan, the United States, and the UK.
The former vice president of Afghanistan, Amrullah Saleh tweeted that “nine” Westerners had been “kidnapped” by the Taliban, naming journalists Andrew North, formerly of the BBC who was in the country working for the United Nations and Peter Jouvenal, who has worked with the BBC and CNN, both are British citizens.
The reason for each specific detention is unclear, and they are not thought all to be related.
Jouvenal’s detention was confirmed by his family and friends to CNN. 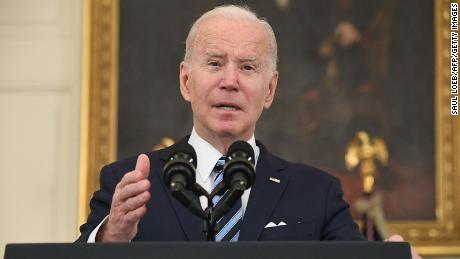 “Peter Jouvenal’s friends are deeply concerned for his safety following his detention by the authorities in Afghanistan in early December. A British/German dual-national, Peter has been travelling to Afghanistan for more than forty years, as freelance cameraman, businessman and investor,” his family said in a statement. “He is a Muslim, knows Afghanistan better than most foreigners, is married to an Afghan (they have three daughters), and speaks both main languages. He is being held without charge, and with no freedom to contact his family or lawyers.”
The family also said that they believed his detention could have been an error and noted that he has health complications which make his detention more dangerous.
“Peter’s family and friends believe that he may have been detained in error, as he was in Afghanistan to discuss investments in Afghanistan’s mining industry as well as conducting family business. Before his arrest, he was working openly and had frequent meetings with senior Taliban officials. We urgently request that the Afghan authorities release Peter,” the family said. “He suffers from high blood pressure and needs medication. There is a high threat of COVID infection in the Afghan prison system.”
The wife of North, Natalia Antelava, also confirmed to CNN her husband has been detained.
“Thank you everyone for your messages. Andrew was in Kabul working for the UNHCR trying to help the people of Afghanistan,” Antelava tweeted Friday. “We are extremely concerned for his safety & call on anyone with influence to help secure his release.”
North was in Afghanistan on assignment for the United Nations’ refugee agency (UNHCR) and the UN agency tweeted about the situation on Friday.
“We are doing our utmost to resolve the situation, in coordination with others. We will make no further comment given the nature of the situation,” the statement said.

Escalation by the Taliban

The detentions come at a delicate time for the Biden administration which faces a major foreign policy crisis in Ukraine. President Joe Biden withdrew all US troops from Afghanistan six months ago, which paved the way for the Taliban to take over the country.
The detentions also mark a sharp escalation of Taliban actions against Westerners living in Afghanistan and come at a delicate moment in US-Taliban relations. Since the group swept back into power as the US military withdrew last August, it has been seeking recognition as Afghanistan’s legitimate government.
Emily Horne, a spokesperson for the US National Security Council, called the detentions “unacceptable” and said the US has been contact with the Taliban as it urges the group to release the Westerners.
“It’s completely unacceptable for the Taliban to hold hostage human beings, and completely antithetical to their purported aspiration to be viewed as a legitimate actor on the world stage. Through direct and indirect communications with the Taliban, we have urged the release of any and all individuals who are unjustly being held by the Taliban and their proxies. Due to privacy, safety, and operational concerns, we have no further comment at this time,” Horne said.
Seven of the men were arrested in Kabul in December in separate incidents, and they have been detained for the past two months, the sources told CNN. 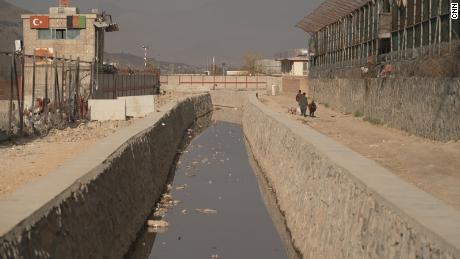 The Taliban have not publicly said that they are holding the men, although they did allow a senior Qatari official to visit some of the detainees in Kabul in mid-January. The Qatari official saw no signs of obvious mistreatment of the men, the sources told CNN.
The Taliban and Qatari government did not immediately respond to requests for comment.
A senior British official also visited some of the men in prison this month, two sources told CNN. The detainees are not all being held together, sources tell CNN.
The UK government did not immediately respond to a request for comment.
Conditions in Afghan jails are spartan, especially during the cold Kabul winters, and the spread of Covid-19 in the country is worrying the families of the detained men.
From 2002, Jouvenal was the proprietor of the Gandamack Lodge hotel in Kabul, which was the key hotel used by journalists who were covering the Afghan War, until it was closed in 2014.
Jouvenal also filmed the first television interview with Osama bin Laden in 1997 for CNN.
During the war against the Soviets, at great personal risk, Jouvenal traveled into Afghanistan more than 70 times to film the conflict for a variety of Western news organizations, one of the few Western journalists to do so.
The last time that the Taliban were in power in Afghanistan, before 9/11, Jouvenal maintained a house in Kabul, and over the years he has repeatedly met with Taliban leaders.
Senior US and British officials have been working together to attempt to resolve the matter.
Qatari officials who are in frequent contact with the Taliban — as the protecting power of the US in the country — have discussed the issue with Taliban officials. For the last five weeks CNN has withheld reporting about the western prisoners held by the Taliban as diplomatic efforts by American, British and Qatari officials have continued to try and secure their release due to sensitivities around those efforts which have not been successful.
The Westerners are being held by the Intelligence Directorate of the Taliban in Kabul, according to sources familiar with the cases. The intelligence service is directed by Abdul Haq Wasiq, who was held at the Guantanamo prison camp for 12 years until he was released in 2014 in a prisoner swap for US soldier Bowe Bergdahl, who was being held by the Taliban.

Negotiating with the Taliban presents a huge challenge

As the US military and diplomats completed their withdrawal from Kabul in August, they worked alongside the Taliban to facilitate the chaotic evacuation of foreigners and Afghans from the country. Since the withdrawal, there have been regular communications between US officials and the Taliban, but the trajectory of the relationship remains unclear.
As of earlier this year, there were about 80 Americans who wanted to leave Afghanistan but could not because evacuation flights have not been leaving the country regularly. Last month a flight chartered by the US government left Kabul, which marked the first evacuation departure since November, according to two sources familiar with the matter.
The Taliban Haqqani network also continues to hold US contractor Mark Frerichs, who was kidnapped two years ago in eastern Afghanistan before the Taliban had seized the entire country in August.
No foreign country has recognized the Taliban as the legitimate government of Afghanistan, and so the Taliban crave any contacts with Western officials in which they are treated as the de facto government.
The US has made it clear that the Taliban must change their ways before being given any formal recognition.
The US gave $308 million of humanitarian assistance to Afghanistan in January, to assist the Afghan people who are facing a growing humanitarian crisis.
And Biden signed an executive order Friday allowing $7 billion in frozen assets from Afghanistan’s central bank to be distributed for humanitarian assistance in the country and to victims of the September 11 terror attacks, senior administration officials confirmed.
The funds, held in the US, were frozen following the collapse of the central government in Kabul in August. Half the remaining assets — $3.5 billion — will go toward providing relief inside the country, where fears of mass starvation have taken hold in the months since the Taliban took over.
The Taliban wants this assistance to continue because millions of Afghans face the prospect of starvation this winter. But the Taliban also want other forms of support from the global community.
The diplomatic efforts to free the westerners are complicated by the fact there are different factions within the Taliban. They are: the Haqqani Network which is the strongest faction militarily; the “Doha Taliban” which is the most pragmatic group; and the “Kandahar Taliban,” named after the region in southern Afghanistan where the Taliban originated in the early 1990s.
These factions frequently disagree on policy matters, according to senior Qatari officials who facilitated the talks in Doha between the United States and the Taliban that resulted in all American troops being pulled out of Afghanistan in August.
More than half of the members of the Taliban cabinet who were appointed in September are the subject of UN sanctions, according to Edmund Fitton-Brown, who coordinates the monitoring of Taliban sanctions at the UN.
The Taliban’s acting interior minister is Sirajuddin Haqqani. His job is the equivalent of running the United States Department of Homeland Security and the FBI. Last year the United Nations reported that Haqqani “is a member of the wider Al-Qaida leadership.” Haqqani is also on the FBI’s most-wanted list, which has a $5 million reward for information leading to his arrest, while the US State Department has a $10 million reward.