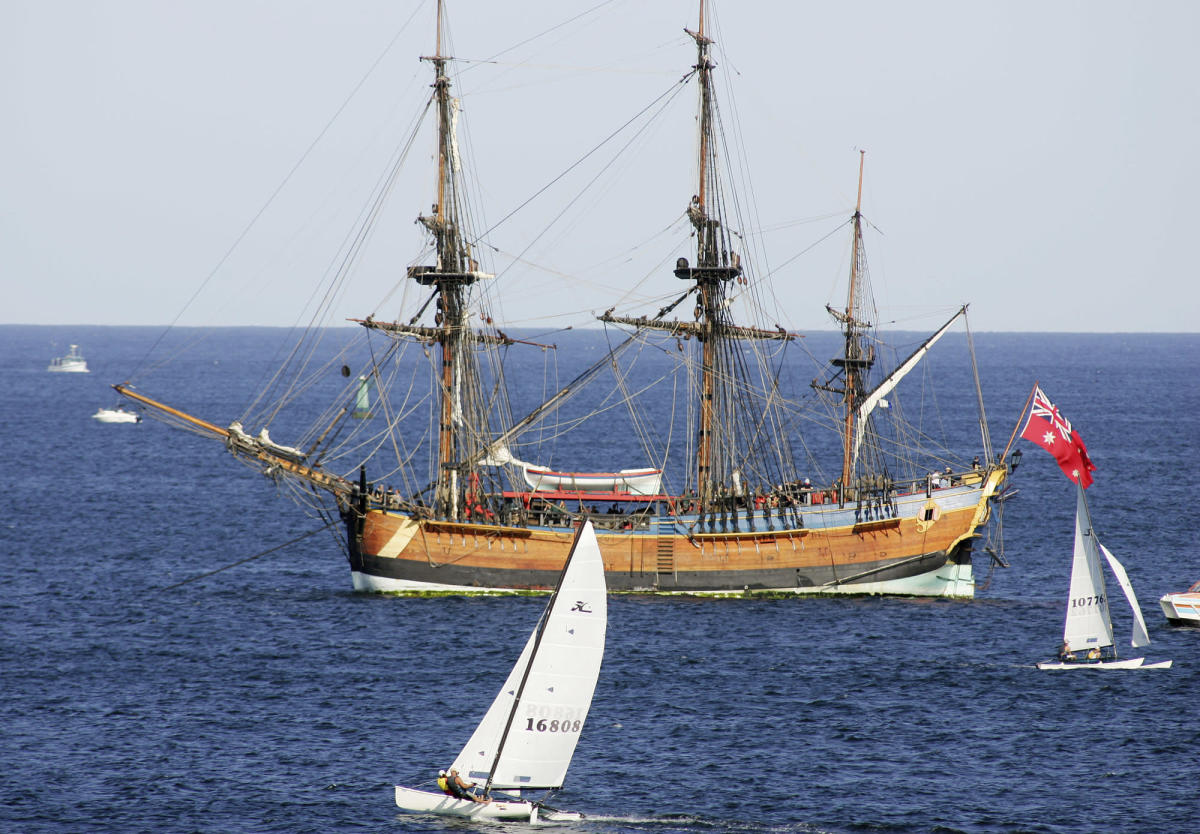 SYDNEY (AP) — Australian maritime experts said Thursday they believed they’ve found the wreck of one of the most important ships in the history of the South Pacific after it was scuttled in the U.S. more than 200 years ago.

But archaeologists in the U.S. quickly countered by saying the findings were premature and a breach of contract in their joint research.

For 22 years, maritime archaeologists have been investigating several ancient shipwrecks in a 2-square-mile area of Newport Harbor, Rhode Island. That’s where James Cook’s HMS Endeavour was believed to have been deliberately sunk by the British during the American Revolution.

Cook had earlier sailed the ship around the South Pacific in a pioneering voyage before landing on the east coast of Australia in 1770.

On Thursday morning, Kevin Sumption, the chief executive of the Australian National Maritime Museum, held a news conference in Sydney after alerting media that he’d be making “a major historic maritime announcement.”

Sumption said archaeologists were convinced they had found the wreck of the Endeavour after matching structural details and the shape of the remains to those on original plans.

“I am satisfied that this is the final resting place of one of the most important and contentious vessels in Australia’s maritime history,” Sumption said.

But in a statement issued soon afterward, D.K. Abbass, the executive director of the Rhode Island Marine Archaeology Project, said her group was the lead organization in the study at Newport Harbor.

“What we see on the shipwreck site under study is consistent with what might be expected of the Endeavour, but there has been no indisputable data found to prove the site is that iconic vessel, and there are many unanswered questions that could overturn such an identification,” Abbass wrote. “When the study is done, RIMAP will post the legitimate report.”

In a subsequent interview with the Australian Broadcasting Corporation, Kieran Hosty, the Australian museum’s manager of maritime archeology, said he thought his group’s contract with RIMAP had ended in November but he couldn’t comment for certain. He gave further details that he said had convinced them it was the Endeavour, including the size of the timbers, that it was European-built, and the scuttling holes in the keel.

“So it tick all those boxes,” Hosty told the ABC. “So, we are very open to conversations with Dr. Abbass if she disagrees with our findings, their findings.”

Sumption had earlier said that the ship’s significant role in exploration, astronomy and science made it important not only to Australia, but also to New Zealand, Britain and the U.S.

“The last pieces of the puzzle had to be confirmed before I felt able to make this call,” Sumption said at the news conference. “Based on archival and archaeological evidence, I’m convinced it’s the Endeavour.”

Only about 15% of the vessel remains and researchers are now focused on what can be done to protect and preserve it, Sumption said at the news conference. He said that the museum was working closely with maritime experts in Rhode Island as well as with state and federal officials in the U.S. and Australia to secure the site.

But Abbass said that while her organization recognized the connection between Australian citizens of British descent and the Endeavour, its conclusions would be driven “by proper scientific process and not Australian emotions or politics.”

The ship was launched in 1764 as the Earl of Pembroke. Four years later, it was renamed Endeavour by Britain’s navy and was readied for a major scientific voyage to the Pacific.

From 1768 to 1771, the Endeavour sailed the South Pacific, ostensibly to record the transit of Venus in Tahiti in 1769. Cook then continued sailing the region searching for the “Great Southern Land.”

He charted the coastline of New Zealand. His first significant encounter with the Indigenous Maori people ended badly, with his crew killing several Maori. In 2019, the British government expressed regret over the killings but stopped short of a full apology.

He also charted Australia’s eastern coastline, before claiming the land for Great Britain in 1770.

The Endeavour was later sold to private owners and renamed Lord Sandwich. It was deliberately sunk in 1778 by British forces during the American Revolution.

A year later, Cook was killed in Hawaii during another Pacific voyage. In 1788, the so-called First Fleet of 11 ships, with hundreds of convicts aboard, arrived in Australia to establish a British colony.