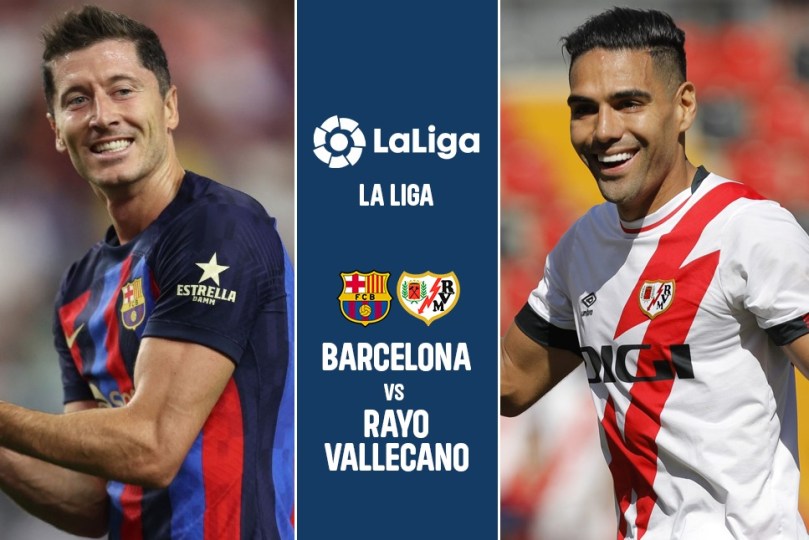 Barcelona vs Rayo Vallecano LIVE: La Liga 2022-23, BAR 0-0 RAY – Barcelona will be bidding to make the perfect start to their…

Barcelona vs Rayo Vallecano LIVE: La Liga 2022-23, BAR 0-0 RAY – Barcelona will be bidding to make the perfect start to their 2022-23 La Liga campaign when they welcome Rayo Vallecano to Camp Nou on Saturday night. The Catalan giants finished second in the table last season, 13 points behind the champions Real Madrid, while Rayo impressed on their return to Spain’s top flight from the Segunda Division, claiming 13th position. Follow Barcelona vs Rayo Vallecano live updates on InsideSport.IN

Where will the La Liga matches be broadcasted in India?
For Indian fans, the new season of La Liga will be broadcasted on Viacom18’s flagship youth brand channel MTV and OTT platform, Voot Select. The three-year partnership with India’s youngest and leading media conglomerate, which was announced a few months earlier, will bring the premier Spanish football league to fans in the country with a fresh and exciting feel.

This is the biggest league with the most storied teams & the biggest rivalries. The biggest legends have either started here or at least played here. Sports18 is now the new home of LaLiga.

Sports18 network is owned and operated by Viacom18. Launched on 15th April 2022, Sports18 SD + HD is available across all leading Direct-to-Home and Cable services. The newest addition to the sports broadcast ecosystem in India, it is the home of some of the most popular leagues and tournaments in the world. Welcome to the new home of NBA, Ligue 1, LaLiga, Serie A, alongside action from the BWF & ATP tours.