Skip to content
Breaking News
UK government takes stake in sex party startup Poland has some of the strictest abortion laws in Europe. Izabela Sajbor’s family say those laws are responsible for her death ‘Loved by Many’: TX Police Search for Suspect in Shooting Death of Pastor in Possible Road Rage Incident New York Supreme Court Judge Strikes Down NYC Non-Citizen Voting Law 2023 Infiniti QX55 starts at $50,175, an increase of $2,650 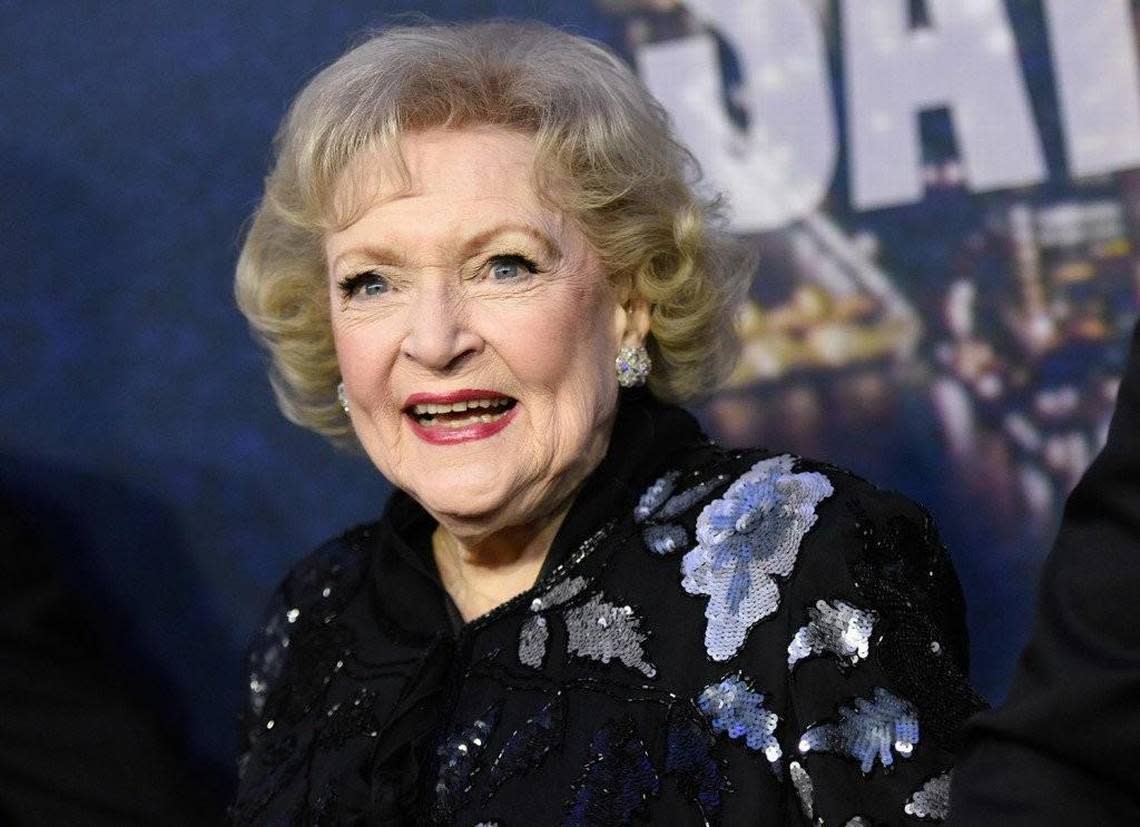 White, who was adored as much for her personality off-screen as her performances on camera, was just weeks away from turning 100.

“Even though Betty was about to be 100, I thought she would live forever,” her agent, Jeff Witjas, told People magazine in a statement on Friday, Dec. 31. “I will miss her terribly and so will the animal world that she loved so much. I don’t think Betty ever feared passing because she always wanted to be with her most beloved husband Allen Ludden. She believed she would be with him again.”

Fans and celebrities alike took to social media to express their grief, and to honor a career and life unlike any other.

Our national treasure, Betty White, has passed just before her 100th birthday. Our Sue Ann Nivens, our beloved Rose Nylund, has joined the heavens to delight the stars with her inimitable style, humor, and charm. A great loss to us all. We shall miss her dearly.

White had an enduring career. Starting from the Golden Era of Hollywood in the 1940s, she continued finding steady work decade after decade, IMDb credits show — but her perhaps most iconic role came in the 1980s, where she starred as Rose Nylund in the hit show “The Golden Girls.”

She put her well-honed comedic talents to work again in the TV Land series “Hot in Cleveland,” and most recently, White lent her voice to the Toy Story movie series as the character “Bitey White.”

RIP Betty White, the only SNL host I ever saw get a standing ovation at the after party. A party at which she ordered a vodka and a hotdog and stayed til the bitter end.

In 1954, White courted controversy by wielding her influence to hire Arthur Duncan, an African American performer, for “The Betty White Show” on NBC, according to Deadline.

Many viewers called for Duncan’s removal but — despite it being early in her hard-earned career — White refused to back down; a decision that likely contributed to the show being canceled within the year.

White remained in the public consciousness seemingly at all times with little effort — her wit and warmth elevating her to that of a national treasure, whether she intended it or not.

As if to underscore her iconic status, even the dictionary had words to share about White.

With her 100th birthday approaching on Jan. 17, White spoke with People magazine for a story published Dec. 28 — just three days before her death — reflecting on her life.

“I’m so lucky to be in such good health and feel so good at this age,” she told the outlet. She’s a born optimist, White said, a trait she inherited from her mother. “I always find the positive.”

The world looks different now. She was great at defying expectation. She managed to grow very old and somehow, not old enough. We’ll miss you, Betty. Now you know the secret. pic.twitter.com/uevwerjobS

“I hope I won’t get sepsis because then I won’t leave this place,” the 30-year-old…