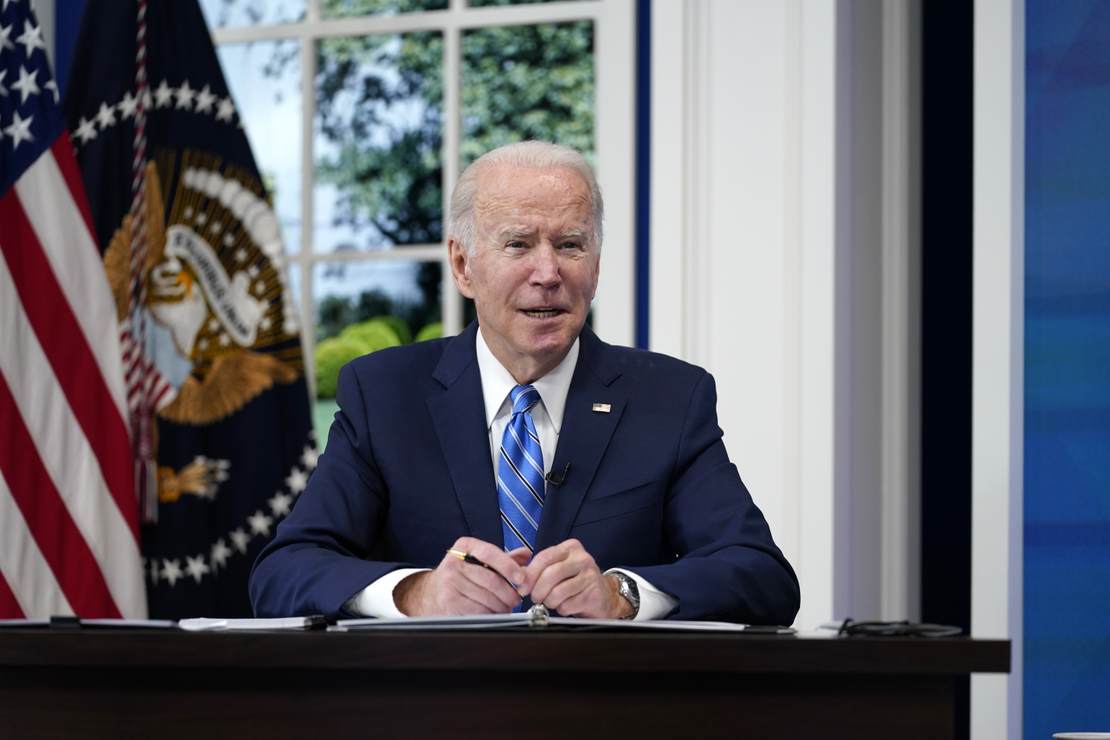 Let’s play a quick game of “What if?” to kick off the festivities, shall we?

First, you almost have to hand it to Basement Joe™ and his terrified handlers, as the latter desperately continue to try to shield the former from reality and real-life at every opportunity — real and concocted. I get it. The mumbling dude hardly instills confidence in the American people. But here’s the thing:

What if Donald Trump as president would have given fake Oval Office speeches from a TV studio across the street from the White House? What would have been the reaction on CNN and MSNBC? From the Washington Post and The New York Times? And the geniuses of “The View”?

Has there been an explanation for why they built a fake White House set for Biden across the street from the real White House? The other day there were shipping containers outside the window. Today it’s a winter wonderland. Just bizarre and phony.

Yes, Tim — but there’s an explanation for that winter wonderland.

Has there been an explanation for why they built a fake White House set for Biden across the street from the real White House?

The other day there were shipping containers outside the window. Today it’s a winter wonderland.

When Biden returned from his Delaware beach house, today, it was snowing like the devil when he got off Air Force One in D.C. So? Cue the digital “winter wonderland” in the Rose Garden “outside” Joe’s fake Oval Office windows. Is it just me, or is this one of the most bizarre and ridiculous things you’ve ever seen or heard about the behavior of any president of the United States?

In a word, hypocritical hell would have broken loose on the left.

CNN “journalists” would have wet their pants in glee — or worse. The faux-intellectuals on The New York Times editorial board — their latest effort, “Every Day Is January 6“, is a perfect example of how these people would have lost their little “intellectual” minds — would have self-immolated in excitement. Same thing at The Wall Street Journal and a host of other “prestigious” newspapers across America.

Yet Joe Biden sits behind a fake rinky-dink desk in a fake office with fake “scenery” seen through his fake window, in what is nothing more than a desperate attempt by desperate handlers to keep the inept guy out of the White House and public view whenever possible.

Why? A desperate attempt to shelter the inept president of the United States from interactions, questions, live public presentations, and even more speculation about his rapidly declining mental acuity.

So let’s get back to those windows and their scenery. Can anyone spell “The Truman Show”?

The 1998 movie revolves around Truman Burbank (Jim Carrey) whose life, unbeknownst to him, is part of a massive TV set. Executive producer Christof (Ed Harris) orchestrates the TV series — a live broadcast of Truman’s every move captured by hidden cameras. Cristof even tries to control Truman’s mind, but as Truman gradually discovers the truth, he must decide on whether to act on what he learns.

As reported by The New York Post in October, Biden has been widely mocked over his fake Oval Office and “Playskool desk.”

Twitter erupted after Biden was spotted sitting in front of the digital projection window on Wednesday as he held a meeting with business leaders and CEOs on the need to raise the debt ceiling.

Some ridiculed Biden for using a “literal game show set” as president, while others accused him of deliberately trying to deceive Americans into thinking he was in the White House.

“Why does Joe Biden feel the need to use a Fake White House set across the street from the actual White House?” conservative commentator Benny Johnson tweeted.

Nothing is real with these people, it’s all smoke and mirrors. But we’re supposed to entrust them with all of our personal health decisions?

Yeah, Charlie, but fake digital snow is so pretty, peaceful, and reassuring, this time of year.

Nothing is real with these people, it’s all smoke and mirrors. But we’re supposed to entrust them with all of our personal health decisions? pic.twitter.com/9N5FPYm7pI

Yes, “The Truman Show.” The contrast with Biden? Unlike Truman Burbank, Corn Pop’s pal remains and will remain woefully clueless to his manipulation by the rabid-left and as result will never see the truth.

Much less act on it.

2021 – a Terrible Year for Journalism