Home News Biden’s Big Brother Will Be Watching Over You 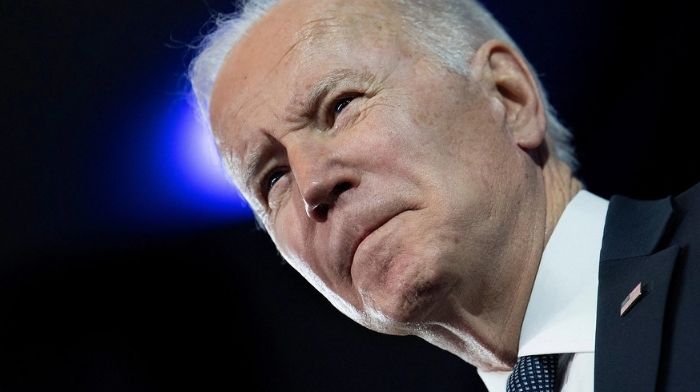 “Threats to freedom of speech and writing, though often trivial in isolation, are cumulative in their effect, and unless checked, lead to disrespect for the rights of the citizen.” – George Orwell, ‘1984’

In 1946, George Orwell provided the definition of 20th century totalitarianism and how it will control society today. Orwell’s insight into the future, “Nineteen Eighty-Four,” provides a visceral cognition of the modern day progressive state that is controlled by an all powerful oligarchy.

The head of this political state is “Big Brother,” who secures control over the masses by denying freedom of speech.

RELATED: DHS Chief Claims Worry About New ‘Disinformation Governance Board’ Is Due To ‘Misinformation’

Since the end of the Second Great War, prototypes of Big Brother’s all powerful and freedom-limiting governments have appeared around the world. These all-controlling autocracies use one common tactic to control the masses. They censor all forms of free expression; what is spoken and what is written. Big Brothers control the language and therefore they control the past, present and future.

After the Revolution, the colonies were so adamant about maintaining individual independence and liberty that they demanded that the architects of our Constitution include a Bill of Rights. The first right they coveted was the right to freedom of speech. The second was the right to bear arms to defend it.

America lays claim to free speech but has a long history of violating the First Amendment. Since John Adams outlawed criticizing elected officials in the 1800s, our free speech rights have been challenged.

“We must never disrespect those in elected office or their authority.” – John Adams

Many attempts at limiting free speech have come during war. Reporters were arrested in the North for opposing the Civil War, and their reports were censored. During World War I, vocal critics were jailed. During World War II, Franklin Roosevelt created the Office of Censorship to monitor information about the war. Everything published in newspapers or broadcasted on the airwaves was censored by FDR.

In 1955, the U.S. post office banned the Greek play “Lysistrata,” about women withholding sex due to war. That year, the FCC ordered that The Ed Sullivan Show film Elvis Presley from “the waist up” due to his “sexually explicit moves.” Many of his songs were also banned from radio stations.

“I feel my temperature rising. Help me, I’m flaming, I must be a hundred and nine” – Elvis Presley

When the court lifted a ban on William Burroughs’ book “The Naked Lunch” in 1965, this ended all censorship by U.S. Customs. The American Motion Picture Association adopted the Hays Code in 1968, which is today’s film rating system. In 1973, the Supreme Court ruled that adult pornography was no longer illegal. And even comic book star “Betty Boop” was allowed to appear in her mini skirt again.

“Girls, there are plenty of fish in the sea. Be sure you hook the right one!” – Betty Boop

Although the FCC’s Child Online Protection Act only censors internet content not fit for minors, the latest Pew Research poll found that 75% of Americans believe social media censors political views they find objectionable. Both Twitter and Facebook would not post anything about the Hunter Biden scandal, and censored conservative viewpoints last presidential election, which aided progressives.

Throughout the years, what the U.S. Supreme Court considers free speech has shifted from left to right and someplace in between. But they have usually come to their senses and redrawn the line in the sand when Big Brother “ventured too far over that line.” Let’s hope they do that to Joe Biden.

Orwell’s dystopian leader Big Brother maintains total control with his “Ministry of Truth.” This allows him to control the language and enables him to rewrite history. This enables him to justify what he does currently and will do in the future. He has total power over the society and the citizens.

In true progressive form, last week “Big Brother” Joe Biden proclaimed he was crafting a personal “Ministry of Truth.” The creation of Biden’s “dystopian disinformation bureau” will coexist under the department of Homeland Security. His government police will monitor and censor free speech.

GOP congressmen called this a “disgrace” and an attack on the sanctity of the First Amendment.

U.S. Sen. Josh Hawley, R-Missouri, said “I thought this was a satire. Surely, no president would use his power to allow government to abridge our First Amendment rights!” Sadly, Hawley was mistaken.

It is an “inconvenient truth” that Joe Biden’s foray into “Big Brother’s” dystopian totalitarian state is obviously a reaction to Elon Musk’s purchase of Twitter. Musk promised to make improvements with the social media platform that will make it a true free speech form for everyone.

White House press secretary Jen Psaki said that she didn’t have details on the board’s role, or its executive director, but said “President Biden knows that there has been a range of disinformation about a range of topics including COVID, election eligibility, and his policies – just to mention a few.”

Biden has joined an elite group of infamous dictators, all who established a “Ministry of Truth” to silence free speech and advance their peremptory hold over the people. Adolf Hitler in Germany had a Ministry of Truth run by Nazi Joseph Goebbels, and so did ruthless soviet dictator Joseph Stalin.

“How fortunate for governments that the people they administer don’t think.” – Adolf Hitler

George Orwell wrote, “The ministry of Truth is the ministry of lies.” Orwell’s protagonist is Winston Smith, head of the ministry of truth. His role is to rewrite historical facts to align them with what Big Brother wants the people to believe is true. This assures Big Brother’s party will never lose power; much like what progressives have been doing since they took control of our federal government.

The only ones buying into Biden’s dystopian truth ministry are those seeking to censor information that reveals key points of vulnerability for Biden and the Democrats. The left needs to hide the truth about illegal immigrants on our southern border, the true status of how Biden has destroyed the economy and Biden’s botching of Afghanistan, and news about our failed foreign policies in Russia and Ukraine.

Biden’s “Disinformation Board” is unconstitutional and all Americans must call Congress ASAP and demand that the coffin is nailed shut on Biden’s “Big Brother” before he is a creature. It is far easier to kill a bad idea than a monster after he is created.

“Political chaos is connected with the decay of language. When the present is untrue, those untruths become the truth of the past.” – George Orwell

It’s that day again — Tuesday is here, and with it, primaries in five more…