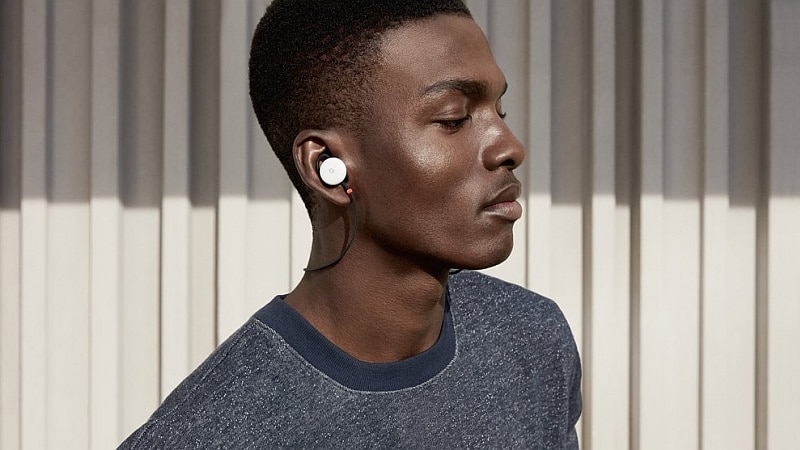 Courage. What is courage, exactly? For many it means facing your fears and fighting inner demons. For Apple, it meant killing an iconic port dating back to the 19th century. Some Android manufacturers got there first, but it’s Apple that really got the ball rolling.

Wireless audio in itself is not a new phenomenon – it has just been given a massive push towards mainstream acceptance with more and more flagships ditching the 3.5mm port. The Google Pixel 2, HTC U11 and HTC U11+, Motorola Z2 Force, and even the Nokia 8 Sirocco force users to buy wireless earphones or live the dongle life. And more and more people seem to be choosing the former option now.

According to NDP Group’s retail tracking service, Bluetooth headphones outsold their wired counterparts for the first time in the United Sates in 2016. Gartner predicts that wireless headphones will sell somewhere in the vicinity of 206 million devices by 2021 and make up more than half of the wearable market.

With wireless headphones starting to become ubiquitous, the audio industry is experiencing a seismic shift where sound quality is sadly tacking a back seat. Wireless audio has its own merits – the lack of wires is a godsend for many, offering unmatched convenience. However the biggest issue with wireless audio at the moment is sound quality.

While we have reached a point where wireless audio sounds ‘good’ – wireless earphones still can not match up to their wired alternatives and the basic limiting factor is the Bluetooth technology itself. Although Wi-Fi can also be used to transmit audio wirelessly – which also sounds superior – it has not gained massive acceptance. Bluetooth is everywhere – and thus it is important to take a long, hard look at how this technology has been adapted to transmit audio over the air.

Bluetooth was designed to transfer small packets of data – not heavy audio files. Initially, it was only configured for low bandwidth voice communication. While Bluetooth can now theoretically support data transfers of up to 2Mbps (Bluetooth 5.0) – the same does not apply for audio.

Bluetooth audio codecs have pretty limited bandwidth. A wireless codec basically determines how audio data is transmitted from the source (your smartphone, mp3 player) to the headphones. There are five main Bluetooth codecs – SBC, AAC, aptX, aptX HD, and LDAC.

SBC is at the bottom of the barrel. While it transmits audio at a theoretical maximum of 345 kbps, it is is usually configured for 200 kbps – which is lower than the standard quality provided by most streaming services. AAC is found mostly in Apple devices and supports a theoretical maximum transfer of up to 250 kbps. Just like SBC, there is significant data loss and compression with AAC and as a result music lacks detail, even if this isn’t noticed by most users.

With wireless headphones starting to become ubiquitous, the audio industry is experiencing a seismic shift where sound quality is sadly tacking a back seat.

Higher up on the totem pole are aptX and aptX HD, proprietary codecs by Qualcomm, with the former supporting a transfer of a maximum of 352 kbps and the latter up to 576 kbps. Less compression means more detail and better sound quality. Both aptX and aptXHD are far superior to SBC with less latency, smarter compression, and support for much higher bitrates.

The catch – and it is a big one – is that for these benefits to come into effect, both the source and headphones must support aptX/ aptX HD. Otherwise, the source will fallback to the default SBC protocol and apply additional compression to the file. While aptX HD – with ‘near’ CD quality audio – is considered ‘good enough’ by many, it still cannot match up to the fidelity of truly lossless audio (such as 24-bit FLAC or WAV files).

Lastly, we have LDAC – which has been recently brought over to Android smartphones with 8.0 Oreo. Prior to Oreo, only Sony Xperia earphones supported LDAC – which can transmit audio at a theoretical maximum of 990kbps. The biggest issue with LDAC is the fact that it is extremely nascent and found in very few audio devices across the globe. As with aptx and aptX HD, both the source and the headphones needs to support the codec – otherwise SBC will rear its ugly head again.

Latency is another issue with wireless earphones – which is a big problem whilst watching TV shows and movies, though it doesn’t matter as much when listening to music. The aptX low latency codec is a big step towards solving this problem but again for the benefits to make a difference , the codec needs to be supported on both ends of the chain – the source as well as the headphone. And audio through a headphone jack still cannot be matched when it comes to latency.

Because of all these reasons, Bluetooth audio still lags behind a simple wired connection, which is also the easiest to use. But the biggest problem with Bluetooth currently is that it relies on lossy compression. You could argue that most people can not tell the difference between compressed and uncompressed audio, but that doesn’t change the fact that at present, music transferred over Bluetooth simply cannot match up to the experience provided by a decent pair of wired earphones connected to a good quality audio source with high-quality lossless files.

There is an audience which has the ear for high-fidelity audio and they just cannot be ignored. Yes, they can use the dongle provided in the box, but not only is it extremely cumbersome and limiting, but most of these dongles have less than stellar DACs and sound extremely average.

Which brings us to another part of the problem – wireless audio is very limited in nature. Wired earphones can be easily connected to external headphone amplifiers – which have recently seen a surge in popularity thanks to companies like Fiio – something just not possible with wireless headphones. These provide for a simple and convenient way to boost sound quality and are growing in popularity. Until these issues can be resolved, for people who really care about the audio quality they are experiencing, wireless audio will always be the second choice.