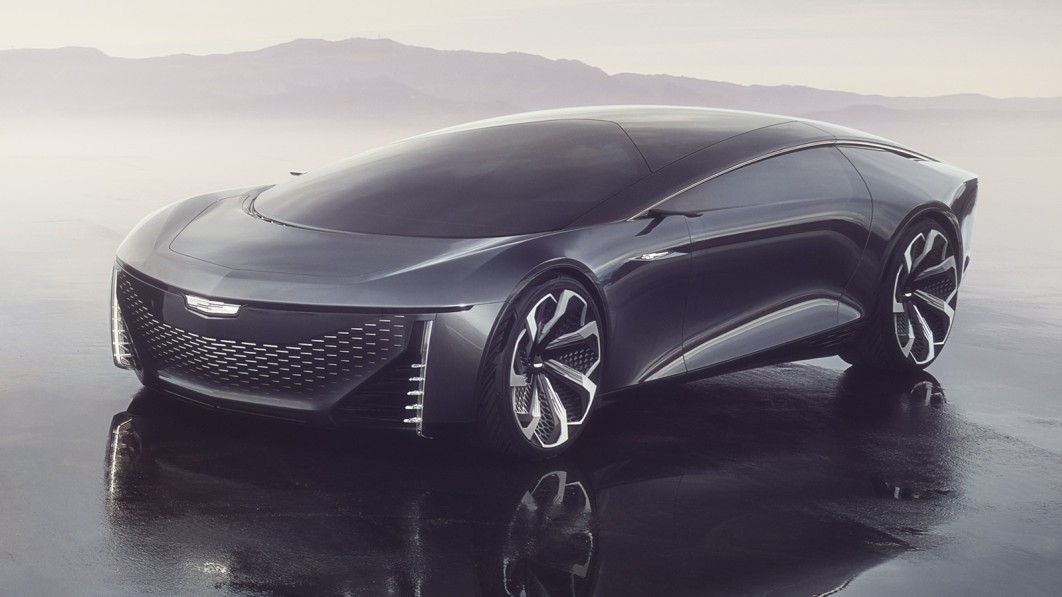 In the middle of the 20th century, the arguable pinnacle of American luxury transportation was the personal luxury coupe. It was an enormous car with only two doors, a giant trunk and seriously gorgeous styling. Though the bodystyle fell out of favor, Cadillac has revived the idea for its InnerSpace concept, a vision of what autonomous luxury could be.

The InnerSpace also has just two doors, but being an electric car with no engine up front, the profile has changed to emphasize an astonishingly low and long glass roof, rather than a long nose and tail. That profile is possible because of the low passenger position, which Cadillac says is a result of the wireless battery management system GM is developing. It allows batteries to be distributed apart from each other in different parts of the car, rather than all bunched in the floor. The InnerSpace also has a low, wide and angular front end, as well as a swept-back, tapered tail.

To get in, large doors open up, and the roof panel raises for easy access. Not only that, the seats swivel outward to welcome the passengers, which is another revived midcentury car feature. The seats also feature pop-out ottomans to be used for resting your legs, or as additional storage space. But the dominating feature of the interior is the LED screen that spans the entire dash, and seems to obscure the front view. Not that the view is all that important, since the InnerSpace is meant to be a fully autonomous car, and it doesn’t have a steering wheel. Cadillac says the screen can provide an augmented reality display or show entertainment or relaxing environments.

The InnerSpace is very much a concept, and there are no plans to put something like this into production anytime soon. That being said, we would not be upset if Cadillac wanted to release some sort of flagship luxury coupe inspired by the InnerSpace.