Home Fashion Chanel Bags 101: All You Need to Know About the Iconic Accessory 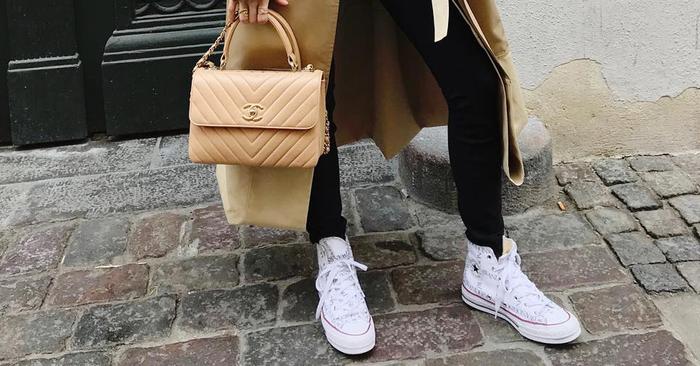 There are few brands that rival Chanel when it comes to buying an investment handbag. The classic flap bags are not just a timeless wardrobe staple, but they also increase in value over time. However, once you’ve made the decision to buy an investment Chanel bag, how do you know which one is right for you?

From the high price tag to the sheer number of styles available, the decision can be daunting enough to make even Choupette’s hairs stand on end. And as the French fashion house brings out new iterations of the classics, as well as exciting one-off pieces, it just makes us want to own one even more.

Of course, most would probably say they’d like to buy the classic Chanel 2.55 flap bag. The iconic piece was first created by Coco Chanel herself when she got fed up with carrying her bag in her arms. To free her hands, she decided to add straps, an idea she took from the soldier’s bag.

As with practically everything the iconic designer created, it was a revolutionary take on a classic item, as all handbags for women up until that point were carried. The 2.55 bag was launched in 1955, hence the name. However, it wasn’t until the ’80s, when Karl Lagerfeld took the helm, that the double-C locks were introduced.

Hailey Bieber Just Settled the Debate on Which Shoe Style to Wear With Flares
I’m All About Accessories—Here’s a Peek at My Epic Fall Shopping List
The Iconic Investment Pieces You’ll Want to Wear Forever
I Predict These New Fall Boots Will Sell Out Instantly
27 Brand-New Sneakers From Nike, Adidas, and More
Don’t Worry Darling Inspired All My New Purchases—26 Items to Nail the Aesthetic
Share This Post
Comment

Hailey Bieber was in Paris earlier this week which means one thing: lots of good fall…

You’re probably as tired of hearing the term “athleisure” as I am, but it happens to be…

While Harry Styles’s favorite thing about Don’t Worry Darling is that it “feels like a movie,” I…