Skip to content
Breaking News
Netflix’s The Gray Man Makes a Splash in Decentraland: All You Need to Know AR Rahman On What He Learned At MIT, Use Of AI In Music Porsche and Piech families seek tighter control of VW Volkswagen recalls 2022 Golf GTI and Golf R over overly sensitive switch Touch not my anointed: Holy fever grips Kenya in election season 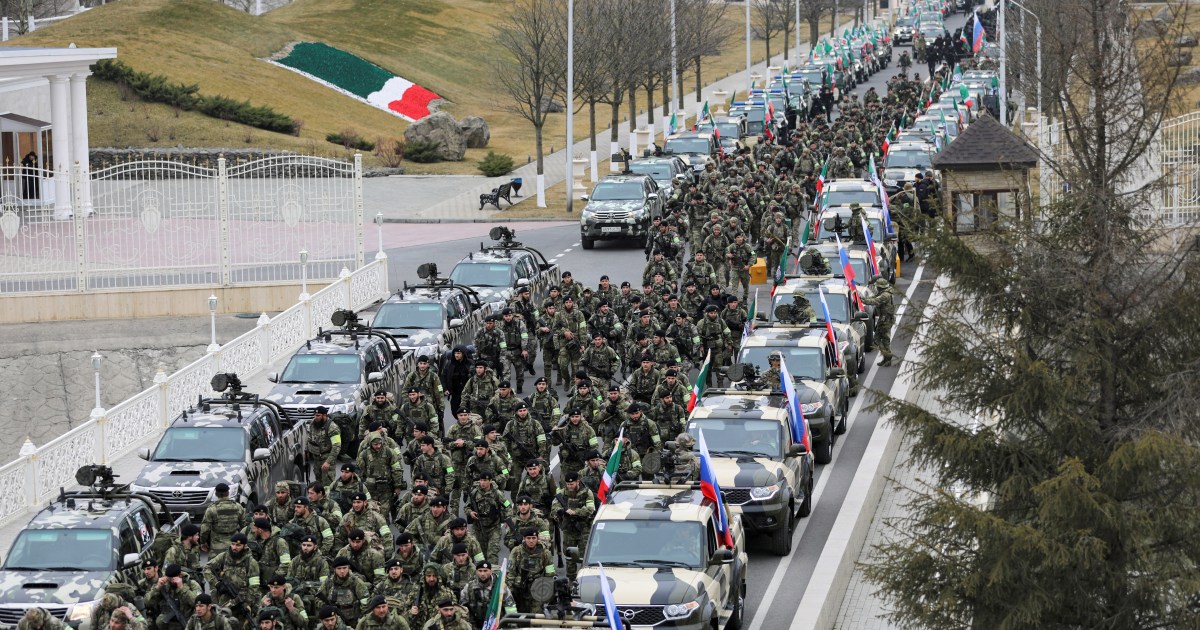 Ramzan Kadyrov, the leader of Russia’s Chechnya region and an ally of Russian President Vladimir Putin, has said Chechen fighters had been deployed in Ukraine, and he urged Ukrainians to overthrow their government.

In a video posted online on Saturday, Kadyrov boasted that Chechen units had so far suffered no losses and said Russian forces could easily take large Ukrainian cities including the capital, Kyiv, but their task was to avoid loss of life.

“As of today, as of this minute, we do not have one single casualty, or wounded, not a single man has even had a runny nose,” Kadyrov said, denying what he said were false reports of casualties from Ukrainian sources.

“The president [Putin] took the right decision and we will carry out his orders under any circumstances,” said Kadyrov.

Kadyrov has often described himself as Putin’s “foot soldier” and his words echoed those of the Russian leader who on Friday urged Ukrainians to rise up against their own government, which he said was made up of “neo-Nazis”. Ukrainian officials say that description of them is absurd.

Kadyrov has deployed his forces abroad to support Kremlin military operations before – in Syria and Georgia.

Kadyrov released his video as Russian forces pounded Ukrainian cities with artillery and cruise missiles on Saturday for a third day running and a defiant President Volodymyr Zelenskyy said the capital Kyiv remained in Ukrainian hands.

A short video published by the state-backed Russian news channel RT, which it said was from Friday, showed thousands of Chechen fighters gathered in the main square of the region’s capital Grozny in a show of readiness to fight in Ukraine.

It was not immediately clear whether those fighters, who numbered some 12,000 according to RT, had already been deployed to Ukraine. RT said on Friday that they were awaiting an order from Putin to go in.

Ignoring warnings from the West, the Russian president unleashed a full-scale invasion that the United Nations refugee agency said has forced almost 116,000 people to flee to neighbouring countries.

Tens of thousands more are estimated to be displaced within Ukraine, with many on the move to less affected western areas of the country.

Ukrainian Health Minister Viktor Lyashko said 198 civilians, including three children, had been killed in the conflict and 1,115 wounded.

The US, EU and Western allies have ramped up sanctions against Russia, targeting banks, oil refineries, and military exports.

Ukraine’s President Zelenskyy has pledged to not surrender and continue fighting to defend his country.

Zelenskyy said his country had “derailed” the Russian plan of overthrowing him and urged Russians to pressure Putin into stopping the conflict.

Russia, meanwhile, accused Ukraine of prolonging the conflict by refusing to take up its offer of negotiations in neighbouring Belarus, where Russia has stationed thousands of troops.

Nairobi, Kenya – They may not be on the ballot or possess Kenyan citizenship but…

More than 450 foreign-made components have been found in Russian weapons recovered in Ukraine, evidence…