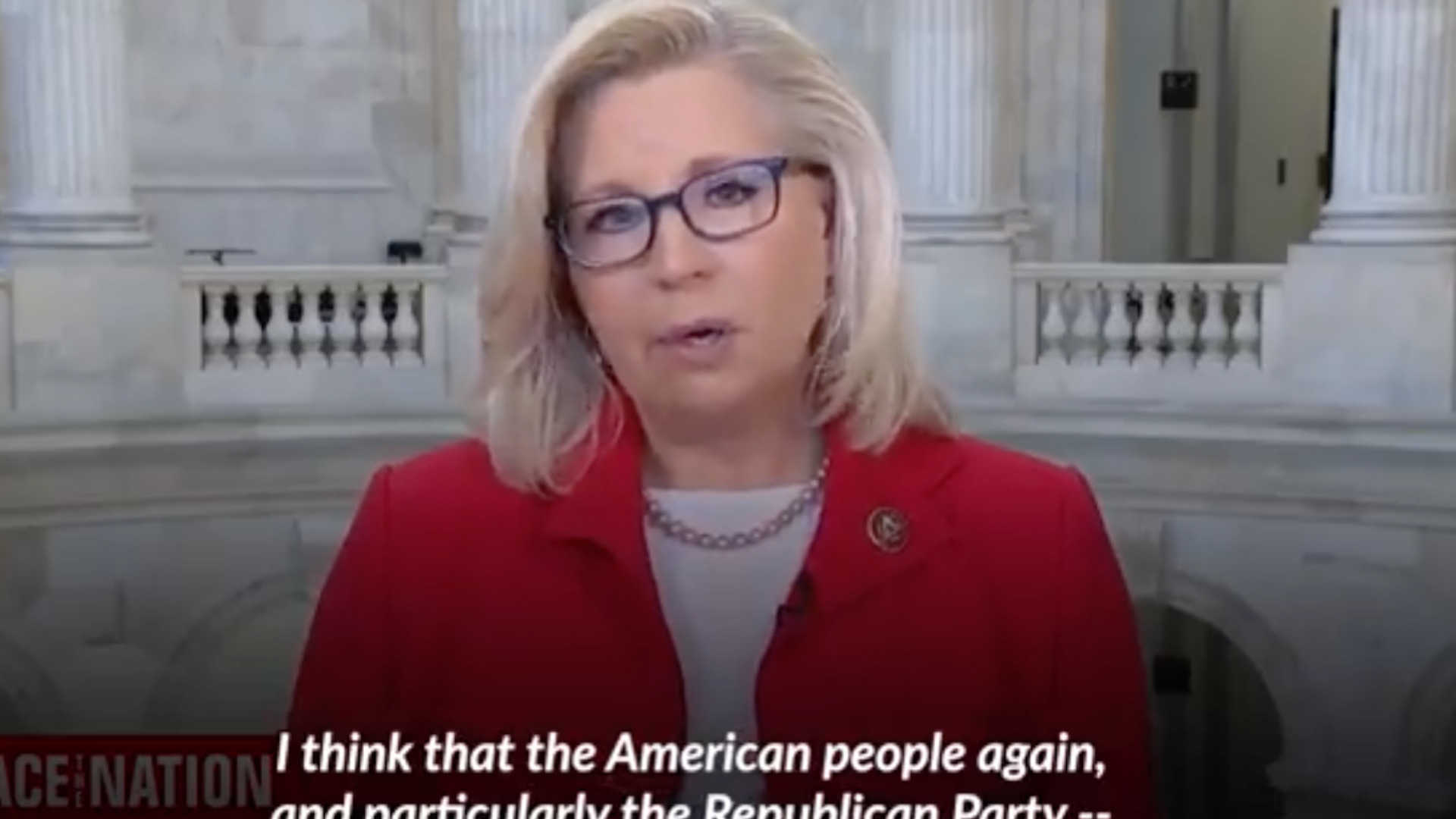 Cheney made her remarks during an interview on CBS’s “Face the Nation.”

Cheney: Republicans Have ‘A Choice To Make’

CBS News’ Margaret Brennan asked Cheney, “What happens with this committee if Republicans take the majority in 2022? Have you asked Kevin McCarthy to keep it?”

Cheney replied, “Look, Leader McCarthy has said a variety of things. He has both acted to obstruct the operations of the committee, but he’s also, on a couple of occasions, said that he’s willing to come talk to the committee.”

“I think that the- the American people again and particularly the Republican Party, you know, we as Republicans, have a choice to make,” Cheney continued.

Then Cheney said Republicans must make a choice.

“I am a conservative Republican,” Cheney said. “I believe strongly in the policies of low taxes and limited government and a strong national defense. I think the country needs a strong Republican Party going forward, but our party has to choose.”

“Look the other way and hope that the former president goes away, trying to obstruct the activities of this committee,” Cheney said. “But we won’t be deterred. At the end of the day, the facts matter, and the truth matters.”

The Republican Party has to make a choice.

We can either be loyal to our Constitution or loyal to Donald Trump, but we cannot be both. pic.twitter.com/pDg8Lb3rzy

Cheney: ‘When you look at what former President Trump continues to do to this day in terms of trying to undermine our belief in our democratic process…’

Brenna said to Cheney “It goes beyond the former president, in a number of state capitals around the country in 19 different states, election laws are being changed and in some there is concern that Republican controlled legislatures could be able to change certification of an election if they don’t like the outcome of it.”

“This is undermining confidence among some in the public about the integrity of our elections,” Brennan asked. “Would you ask your fellow Republicans in states around the country to stop trying to do that?”

Man Arrested for Vandalizing Washington Church, Assaulting Church Employee
‘The 56’ Recalls the Sacrifice of the Declaration of Independence Signers, Placing a Target on Their Backs
Ecuador gov’t, Indigenous leaders reach deal to end protests
S&P 500 posts worst first half since 1970
Researchers caution beachgoers ahead of white shark season
Biden On How Long Americans Can Expect To Pay High Gas Prices – ‘As Long As It Takes’
Share This Post
Comment