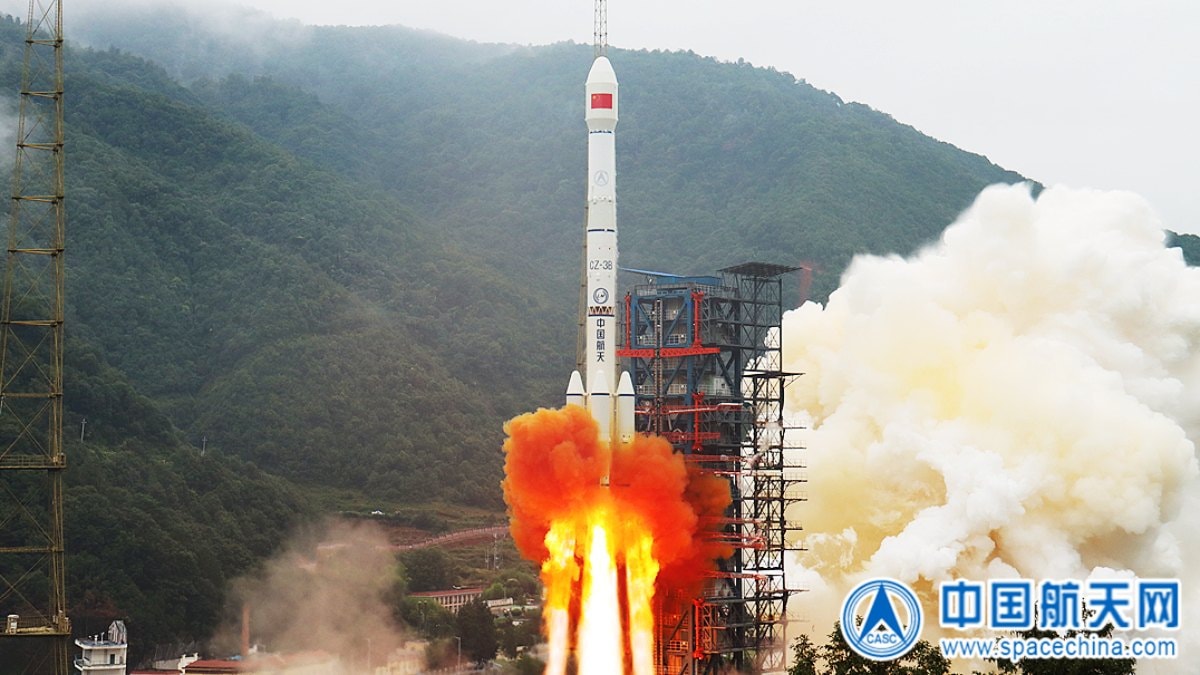 China has launched a military satellite that will test its “space debris mitigation technology,” the state media reported earlier this week. The satellite was launched on Sunday from the Xichang Satellite Launch Centre, Sichuan province, Southwest China. Though only a few details were available about the classified launch, some state media reports said the mission was successful. A video of the launch showed a gigantic rocket blasting off the launch site into a cloud of orange hues against a background of mountains or hills. The satellite onboard the Long March 3B rocket is called Shijian-21.

The satellite will be “used for the verification of space debris mitigation technology,” China Central Television (CCTV) said in a report. The China Aerospace Science and Technology Corporation — a state-owned enterprise designing, manufacturing, and launching space systems — added the launch was a “complete success” as the satellite achieved its intended orbit. It did not, however, say which orbit the satellite entered. A SpaceNews report, however, said the satellite was placed into “a geosynchronous transfer orbit.” Watch the liftoff here.

The Chinese mission took place amidst a global drift towards reducing space debris or creating technologies to do that. Since the space debris mitigation technologies are “dual-use,” with both civilian and military applications, the satellite is likely to attract interest outside China. Though Chinese state media suggested the launch was aimed at testing space debris removal technology, the same capabilities could also be used to disable spacecraft of adversaries.

China’s space programme has attracted wider scrutiny of late, especially after it allowed a rocket to fall back uncontrolled to Earth. The rocket part disintegrated over the Indian Ocean but there was immense speculation where the 18-tonne object would hit. The country has invested billions of dollars into space exploration to boost its global stature and technological might.