Home News China's economy expanded 8.1% in 2021, but growth is slowing
That figure is roughly in line, if not slightly higher than, the expectations set by many economists. And it outstrips the Chinese government’s target last year for its economy to expand at least 6% for 2021.
But GDP expanded just 4% in the last quarter of the year compared to a year prior. While higher than the 3.6% growth forecast in a Reuters poll of analysts, it’s still the slowest pace in a year and a half.
Growth in the fourth quarter was bolstered by industrial production, which rose 4.3% in December from a year earlier — accelerating from November’s 3.8% growth.
But consumption dramatically weakened. Retail sales increased just 1.7% in December from a year earlier, sharply lower than November’s 3.9% uptick. 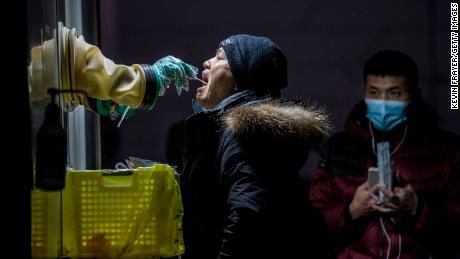 China has been contending with a slew of problems recently, including tumult in its property sector and a series of Covid-19 outbreaks.
Troubled Chinese real estate developer Evergrande — which has some $300 billion of total liabilities — has been struggling to pay its debts and was recently ordered to demolish a few dozen buildings in the country. Analysts have been long concerned that a collapse by Evergrande could trigger wider risks for China’s property market, hurting homeowners and the broader financial system.
Beijing’s unwavering insistence on stamping out any trace of the coronavirus, meanwhile, is facing a huge test as authorities grapple with Omicron’s quickening spread. And an outbreak of the older Delta variant recently forced the industrial hub of Xi’an into lockdown, affecting production lines of global chip makers like Samsung (SSNLF) and Micron (MICR).
Economists have warned that China’s zero-Covid approach to containing the virus could spell serious problems for the economy in 2022. Goldman Sachs, for example, slashed its projection for Chinese economic growth in 2022 to 4.3% from 4.8%, just over half of last year’s figure.
This is a developing story and will be updated.