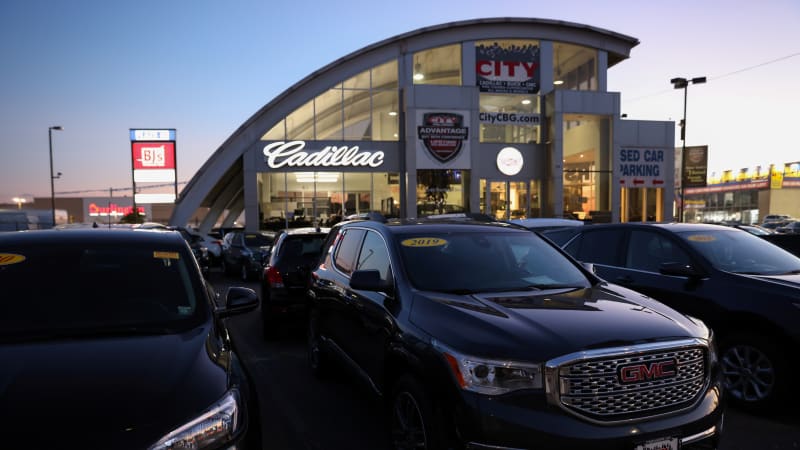 The U.S. auto industry is struggling to keep up with pent-up consumer demand for new cars as it struggles to ramp up production due to the chip shortage, a labor crunch and problems related to supply chain logjams.

GM, which lost its crown as the sales leader last year for the first time since 1931 to Toyota, said it sold 582,401 vehicles in the quarter through June versus 688,236 vehicles last year.

The Detroit automaker, however, is still expected to be the top new vehicle seller in the quarter, according to Cox Automotive, as industry-wide disruptions crimp inventory at other major automakers.

Toyota was down nearly 18% in June, which tracks with its year-to-date drop of 19%. Its Lexus division faired better than Toyota itself, down just 15% to the volume brand’s -18.3%.

Things were even more dreary at Mazda, which reported a more than 50% drop in June sales vs. 2021. Its year-to-date picture is a bit rosier (-24.5%) but its numbers will likely continue to drag last year’s even if supply chains ease thanks to the missing volume of the discontinued Mazda6.

Kia managed to cruise slightly above the industry average in June, lagging its 2021 sales by only 4.9%. Its full-year numbers aren’t quite so rosy, but strong sales of the Sportage, Sorento, Telluride and Carnival are helping dig the company out of its 12-percent deficit.

Hyundai’s numbers matched up with the rest of the volume sector. Sales were off 13% in June, but the introduction of the Ioniq5 and Santa Cruz have helped offset at least some of the volume missing compared to last year.

Cox officials said Ford, which reports June sales on Tuesday, has managed its inventories better than most others and is also recovering from last year’s struggles. Tesla will be the only major brand to increase sales in the first half of the year, Cox said.

Industry observers are concerned about the potential impact of a multi-decade high inflation and rising gas prices on the auto industry, though they point out that demand remains strong at present, an unusual situation.

A bigger impediment to increasing auto sales at present still appears to be industry wide shortages of cars and trucks, which have led to analysts cutting their full-year sales forecasts.