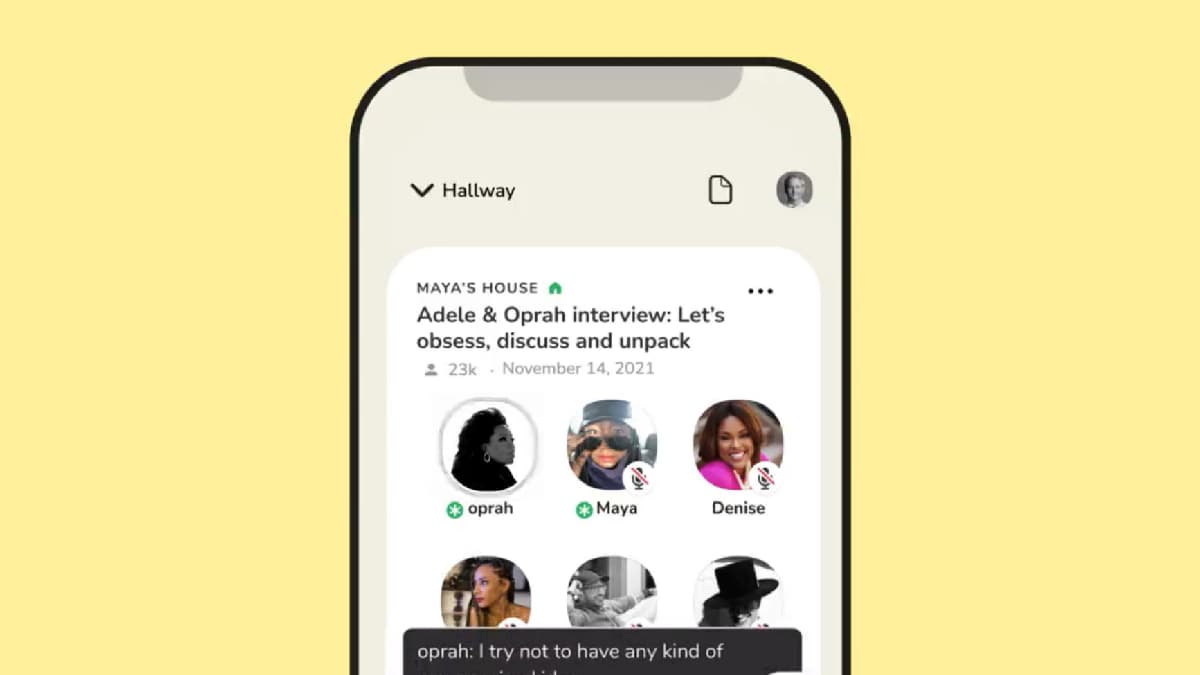 Clubhouse has started rolling out the closed captioning feature for the app on iOS. The much-awaited functionality auto-generates live transcriptions during an audio session and allows users to follow the speaker along with in-text format. People who are differently-abled can also access the audio-only social networking platform following the latest update. In that way, the new feature will add another element to the app’s wider push. Live captioning is already available in Clubhouse’s major rival in the audio space — Twitter Spaces.

Clubhouse on November 18 announced the update on its official Twitter account together with an example. Users with the latest version of its iOS app can use the feature while in live rooms. The closed captions feature is currently available in 13 languages according to a report by TechCrunch. These include English, Cantonese, Mandarin Chinese, Yue Chinese, French, German, Italian, Japanese, Korean, Spanish, Arabic, Russian, and Turkish. An additional 12 languages are said to be in beta testing. There’s also no word yet on when Clubhouse will make closed captioning available on its Android app.

Clubhouse recently launched a host of accessibility features that make the audio-chat platform easier to use. To rival the likes of Twitter Spaces, Facebook, and Instagram, Clubhouse has added support for 13 new languages to its Android app including French, German, Hindi, Indonesian, Italian, Japanese, Kannada, Korean, Malayalam, Portuguese (Brazilian), Spanish, Tamil, and Telugu.

Also, Clubhouse is adding the ability to record and replay conversations and download 30-second clips to share on social media or other sites. The app in October announced a new pinned links feature that lets users share outside links and monetise their work on the platform.

Additionally, it has launched a feature that lets users virtually wave at friends inside its app to show they are open to a private chat. A private audio chat room will open when a person accepts the wave.

7 Major Shoe Trends That Will Be Everywhere This Fall
I Just Found My Next Under-$50 Summer Sandal Purchase on Sienna Miller’s Feet
Astronauts Struggle to Regain Decades’ Worth of Bone Density After Space Travel
Elon Musk’s SpaceX Gets FCC’s Approval to Use Starlink Satellite Internet for Moving Vehicles
Going Somewhere? Here’s What 2 Fashion People Are Packing for Their Next Getaway
4 Fresh Outfit Ideas That Are Perfect for Any Summer Occasion
Share This Post
Comment

Elon Musk’s SpaceX Gets FCC’s Approval to Use Starlink Satellite Internet for Moving Vehicles
Going Somewhere? Here’s What 2 Fashion People Are Packing for Their Next Getaway
4 Fresh Outfit Ideas That Are Perfect for Any Summer Occasion

Taking a closer look at the fall/winter 2022 collections that debuted earlier this year, there…

I love a celebrity who knows a good affordable find when they see one. I’ve…

“When packing for vacation I tend to gravitate toward easy, versatile pieces that can be…

“This versatile top is perfect for so many occasions, from brunch to coffee dates. Comfort…