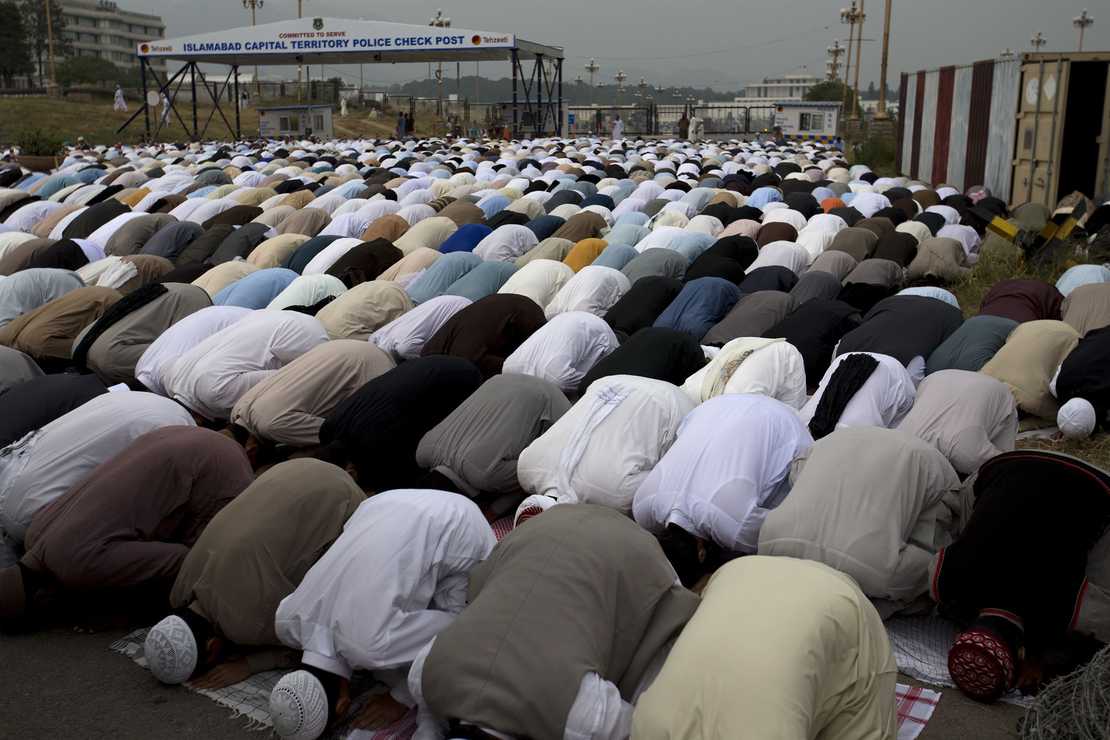 As the saying goes, “Be careful what you woke for.”

Evidently, Western reckoned the one thing that could make a salute to the LGBT camp, the disabled, and interracial love even lovelier was a lifting up of Islam.

The school might’ve considered the Muslim view of homosexuality — as noted by the BBC, “Some Islamic states impose the death penalty on people caught taking part in homosexual acts.”

But it appears the university just threw at the wall everything leftwing ideology says they’re supposed to support.

One incensed Instagram critic commented, “Shame on you, Western, for such an insulting mockery post to my religion.”

Other words used in aghast: “inappropriate” and “disrespectful.”

But Western wasn’t backing down. Until it was.

From The London Free Press:

In response, school officials initially appeared to stand behind the poster, noting they understood “how complex and intersectional this topic is” and that the “imagery may be upsetting to some Muslims.” But on Wednesday, a Western official who oversees equity, diversity and inclusion issued a statement noting the image had been removed.

“We believe this presents an opportunity for genuine, thoughtful discussion about how we can best support members of the Queer Muslim community, and those from all faiths and backgrounds within the 2SLGBTQ+ community.”

Somehow, the success of that was attained by the failure of the controversial cartoon:

“In order to promote that discussion, we have removed the image from the post to not distract from these important conversations.”

It remains unclear how many Queer Muslims showed up to talk, but the situation also saw a Change.org petition. It insisted the university nix the female Muslim make-out.

What is portrayed is extremely disrespectful, insensitive and completely imperceptive to the Muslim community at large. The Muslim community has voiced their concerns on the matter (Many of which were Women who wear the Hijab). Yet, Western University goes on to disregard their input and instead turns the comment section off, stating:

“This post was not religious or theological in content and was internally vetted by our cross-campus EDID group which has Muslim representation. We understand that the imagery might be upsetting for some Muslims, but we also acknowledge the Queer Muslim community often does not get represented. Therefore, this post will continue to be live on our channels. As the conversations in the comments are no longer about recognizing 2SLGBTQ+ identity, we have turned off comments to avoid any further impacts on the community.”

As one can see, this response makes a poor attempt to gaslight individuals into believing that nothing about the post was meant to be religious and that they ‘understand’ that the imagery may be upsetting to ‘some’ Muslims.

The way the petition sees it, putting lip-smacking lesbians in Islamic fashion is fetishistic:

The imagery has made many Muslim women uncomfortable by portraying the Hijab on women engaging in sexual activity; Western University has contributed to the sexualization and fetishization of the Hijab. If you had understood that, you would have removed the imagery from the post. Then to go on and belittle the concern of the Muslim community. Indeed if only ‘some’ Muslims found it upsetting, Western University would have left the comment section as is. However, it was clear that this was done to silence the voices of the community.

[T]he depiction of the Hijab in such a context is disrespectful, tokenizing, and attempting to redefine elements of the Hijab by sexualizing and fetishizing an element of  Islamic Religion that is supposed to desexualize and encapsulate modesty. The Muslim community should not and will not allow the [colonialist] mindset to question if we have the right to be upset; we do, and we are. The response from Western University has engaged in ethnocentrism and decided to take a beloved element of our Religion and use it as a prop to broadcast what they deem worthy. Irrespective of the concerns of the Muslim community. … [T]his petition calls for Western University to immediately remove the post, issue an official apology and improve operations to make sure such events do not reoccur.

These days, identity politics is all the rage. -Ist is the enemy and -phobic is foul, but only certain kinds. Western University tried to follow the woke playbook to a T; but in the end, they got an F. From select nasty naysayers — as a result of both posting the image and taking it down — they probably even got an F U.

Calvin Klein Salutes Mothers, Including a Pregnant Man Who Isn’t a Woman