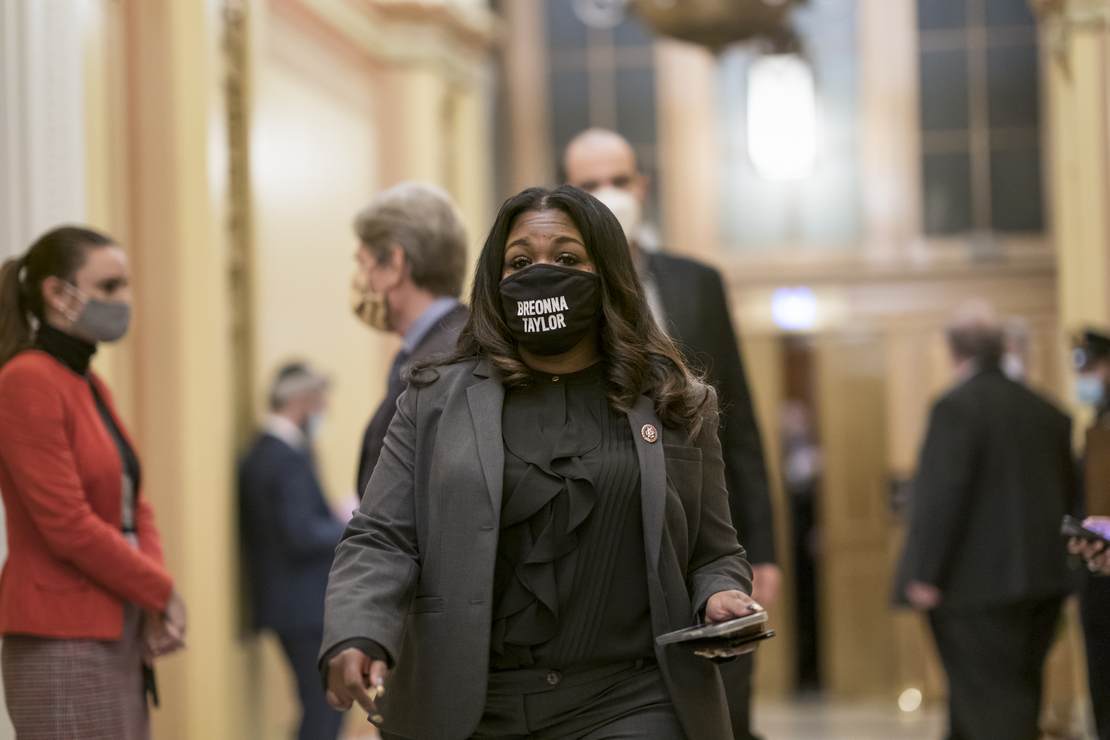 The writing has been on the wall for Democrats for some time now on the dire situation they face heading into the 2022 midterm elections.

President Biden’s approval ratings have been tanking for months on a number of key issues, at one point hitting the low 30s, while generic Congressional ballot polls and “party preference” surveys are favoring Republicans. In some states like Georgia, where Biden was declared the winner in 2020, Republican candidates for governor and U.S. Senate are faring better than their Democrat opponents, suggesting that the so-called “blue wave of 2020” in the state is over.

Making matters worse for Democrats are radical leftists like freshman Rep. Cori Bush (D-Mo.), who told reporters in a recent interview that she had no plans to back down from her “defund the police” message, primarily because in her view the reason House Democrats took a shellacking in 2020 was not that they were tied to the movement but because they didn’t deliver on it:

“I always tell [fellow Democrats], ‘If you all had fixed this before I got here, I wouldn’t have to say these things,’” she said.

Bush acknowledged her party needs to do a better job of explaining exactly what it means with its call to shift some law enforcement monies to preemptive social services.

If Democrats lose their House majority this November, Bush says she’ll blame their inability to pass crucial pieces of legislation upon which members campaigned a year ago.

“‘Defund the police’ is not the problem,” she added. “We dangled the carrot in front of people’s faces and said we can get it done and that Democrats deliver, when we haven’t totally delivered.”

“If [Republicans] take the majority, it’s just done as far as trying to get the legislation across,” Bush said.

My colleagues keep telling us to wait.

They keep telling us defunding the police and investing in communities won’t work.

Enough patronizing. Listen to the movements that are telling you how to save lives.

This is what you call “doubling down on the fail,” something Bush has shown some expertise on based on past political gifts she’s handed Republicans including when she laughed off questions in August 2021 about her having private security while doubling down on defunding the police.

Apparently Bush is like a lot of other Democrats in believing that if you repeat a lie often enough that people will start to believe it. While that’s true to some extent, in the case of her insinuation that most people want the police defunded, she couldn’t be more wrong if she tried.

Polls have consistently shown that a comfortable majority of people of all colors support either maintaining current funding for their local police departments or increasing it. Further, there have been Democrat-run cities that have soundly rejected defund the police efforts, like New York City with the election of Mayor Eric Adams, who opposed defunding the police, and Buffalo’s reelection of Mayor Byron W. Brown (as a write-in candidate) over a staunch defund proponent who was endorsed by Bush pal and fellow “defund” advocate Rep. Alexandria Ocasio-Cortez (D-N.Y.).

Republican strategists are no doubt celebrating Bush’s pledge to keep the “defund” message up front and center going into the 2022 midterms, because considering how it backfired on House Democrats in 2020 and also how things are looking for them as it stands now, reviving the failed strategy has the potential to make the number of Democrat seat losses expected in November not just bad but historic.

As Redstate reported on Thursday morning, the Supreme Court dropped one last bomb on the…