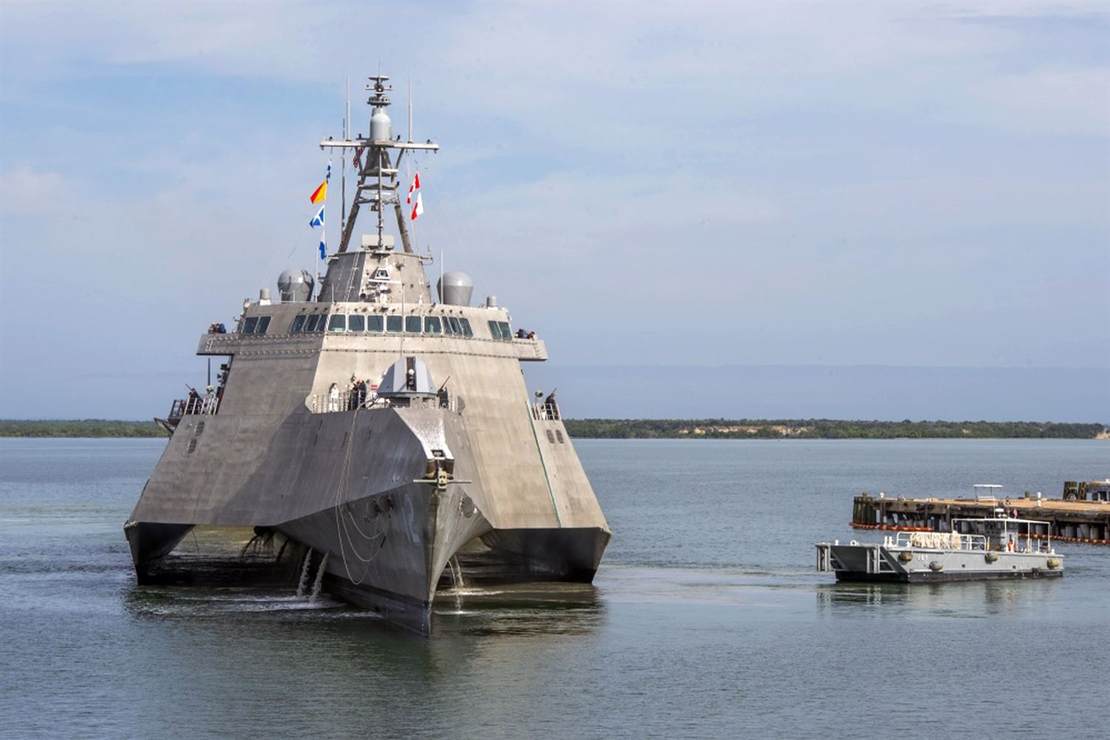 The USS Milwaukee was supposed to be participating in a counternarcotics operation in the Caribbean and the eastern Pacific Ocean. Instead, it is tied up at a pier at Guantanamo Bay, Cuba, cooling its heels.nThe reason is that the ship was hit with a COVID outbreak. But it wasn’t just any outbreak; it was an outbreak among a crew that was fully immunized.

A coronavirus outbreak aboard the USS Milwaukee, whose entire crew was “100 percent immunized,” has forced the ship to remain in port after a scheduled stop in Cuba barely one week into its deployment, the Navy announced Friday.

An unspecified “portion” of the Milwaukee’s 105-person crew is isolated aboard the ship at Naval Station Guantánamo Bay, according to Cmdr. Kate Meadows, a spokeswoman for U.S. Naval Forces Southern Command. The Navy does not disclose infection counts “at the crew/unit level,” she said in an email.

Some of the personnel who tested positive for the virus have displayed mild symptoms, Meadows said. Officials have not determined whether the highly transmissible omicron variant — which has demonstrated an ability to evade coronavirus vaccines, leading to a surge in breakthrough infections — is responsible for the Milwaukee’s outbreak.

Meadows would not disclose whether any of those infected had received booster shots or if Navy leaders may seek to require them in a bid to prevent future outbreaks during the deployment. “Boosters,” she said, “are not yet mandatory but recommended.”

Meadows said Saturday that the ship’s commanders are working with senior military leaders to make that determination and that, in the meantime, they have imposed a mask mandate for all personnel aboard.

“When in danger, when in doubt; run in circles, scream and shout.”

There are so many glaring questions that need exploration. For instance, if the symptoms are “minor,” why was the ship pulled out of a major deployment? Is the new normal for our Navy running for port when there is a COVID outbreak? What is being done for the infected sailors in Guantanamo that could not be accomplished while underway?

As many of us have said from the earliest days of the pandemic scaremongering, the virus is with us forever. We need to learn to live with it as part of the landscape. The fatally flawed strategy of focusing on a vaccine rather than on therapeutics has been a multi-billion dollar boondoggle and a waste of time. All of these sailors were “fully vaccinated,” and yet there was an outbreak.

The idea that we can have a Navy warship rendered combat ineffective by a virus for which the crew has been vaccinated is just not acceptable. It is not only a failure of “public health,” which is something of a redundancy these days but a failure of military leadership.