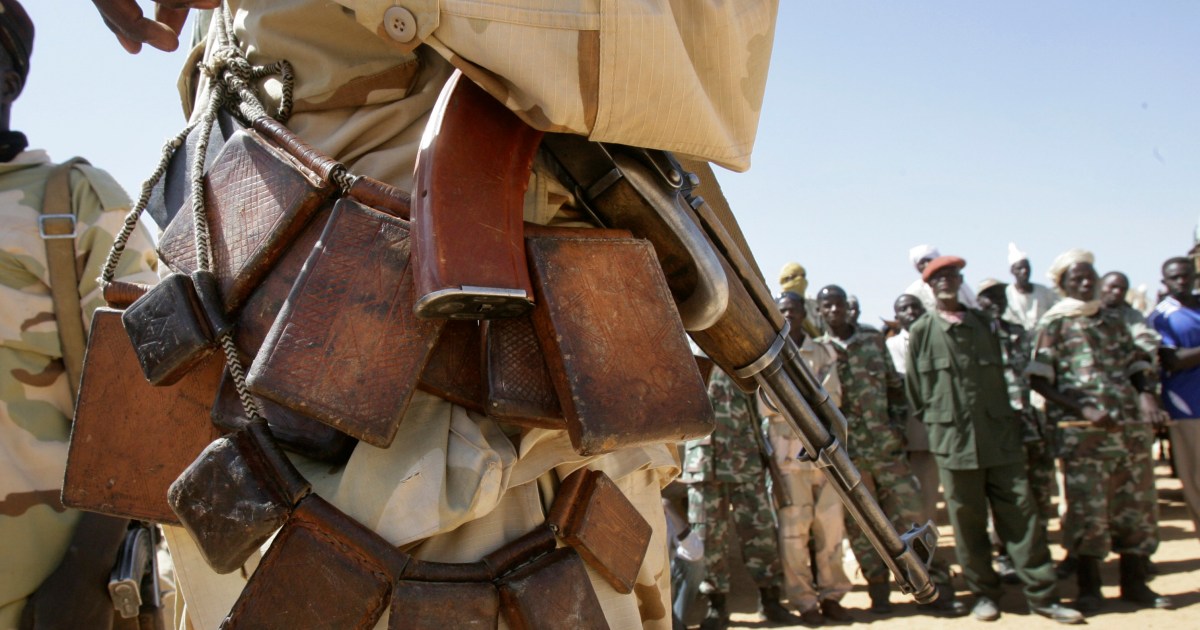 Clashes between military forces and armed groups at the UNAMID facilities in Sudan’s Darfur region have left an unknown number of people dead and injured, according to a military statement.

Witnesses told Reuters news agency they heard heavy gunfire on Saturday around the perimeter of the headquarters of the former African Union-United Nations peacekeeping mission UNAMID in El Fasher, North Darfur, but said the number of casualties was unclear.

There has been a surge in violence and displacement in Darfur since 2020 that analysts have linked to factions jostling for power around a deal signed with some former rebel groups that year, and UNAMID’s ceasing operations at the start of 2021.

Sudan’s military leaders said on Wednesday the groups that signed the deal would have to leave cities in Darfur following looting and attacks that led the UN’s World Food Programme to temporarily suspend its operations in the region.

The UNAMID peacekeepers were meant to be replaced by a national joint force that is yet to be deployed. Former UNAMID facilities have been repeatedly attacked and looted.

Meanwhile, a report that circulated on Friday at the UN Security Council said Darfur rebel groups continue to operate in Libya and profit from deals facilitated by the United Arab Emirates.

The panel of experts said such activities meant that an arms embargo imposed on Sudan had been broken “with the transfer of arms and other military materiel into Darfur”.

“Mercenary activities in Libya had been the major source of financing for most Darfurian movements” in 2021, read the report.

Several sources in the rebel movements told the experts they have no intention of completely withdrawing from Libya because they get most of their financing and supplies, including food and fuel, from engagements there.

They quoted one commander as saying: “We will have one foot in Darfur and one foot in Benghazi,” the main city in eastern Libya which is the stronghold of renegade commander Khalifa Haftar’s self-styled Libyan National Army.

Haftar backs one of Libya’s rival governments – the UN-recognised administration in the capital Tripoli is the other – each receives support from different militias and foreign powers.

In April 2019, Haftar, backed by Egypt and the United Arab Emirates, launched an offensive on Tripoli, which collapsed in early 2020 after Turkey stepped up its military support of the Tripoli government with hundreds of troops and thousands of Syrian mercenaries.

An October 2020 ceasefire agreement called for the withdrawal of all foreign forces from Libya.

However, the panel of experts said despite the ceasefire’s call for foreign forces to leave, “most of the Darfurian groups in Libya continued to work under the Libyan National Army”.

In return for their work, the experts said, the five main Darfur rebel movements that signed the 2020 Juba Peace Agreement were receiving payments and logistical support.

According to several unidentified sources in the movements, the experts said the money and support were agreed on in meetings between their military commanders and UAE representatives in Libya.

“The payments were provided by the United Arab Emirates and channelled to the movements by the Libyan National Army, which took a cut,” the panel said.

“In the recent months with relative peace in Libya and the announcement of elections, there is pressure on the signatory Darfurian armed groups to leave Libya,” the panel said. “The payments to the Darfurian groups have been reduced.”

The Juba Peace Agreement was seen as a breakthrough in the conflict in the vast western region of Darfur that began when local groups rebelled, accusing the Arab-dominated Sudanese government of discrimination.

The government in Khartoum was accused of retaliating by arming local nomadic Arab tribes and unleashing them on civilian populations – a charge it denies.

The experts said the UAE saw the Juba Agreement as the basis for a successful transition and recommended that the Darfurian movements join the government. They said the UAE argued that it did not finance or arm the movements, and focused on health and education efforts as well as helping Sudan and other regional countries control their borders.

At a meeting in November, the panel said, the UAE responded to allegations of possible financial or military support to Darfurian forces both in Sudan and Libya by referring “to its country’s moderate position and struggle against extremism and hate speech”.

One major Darfur rebel group, the Sudan Liberation Movement/Army, led by Abdel-Wahid Nour, has refused to sign the Juba agreement and rejected the original military-civilian transitional government formed after the 2019 removal of President Omar al-Bashir.

The experts said the rebel group also has a presence in Libya and continues to take advantage of revenue from the Torroye gold mine in its stronghold in Jebel Marra and a gold mine near Danaya in South Darfur “to strengthen its capability”.