Home News DeSantis Declares That No One Should ‘Have Their Rights, Freedoms, Or Liberties Restricted’ Over Boosters 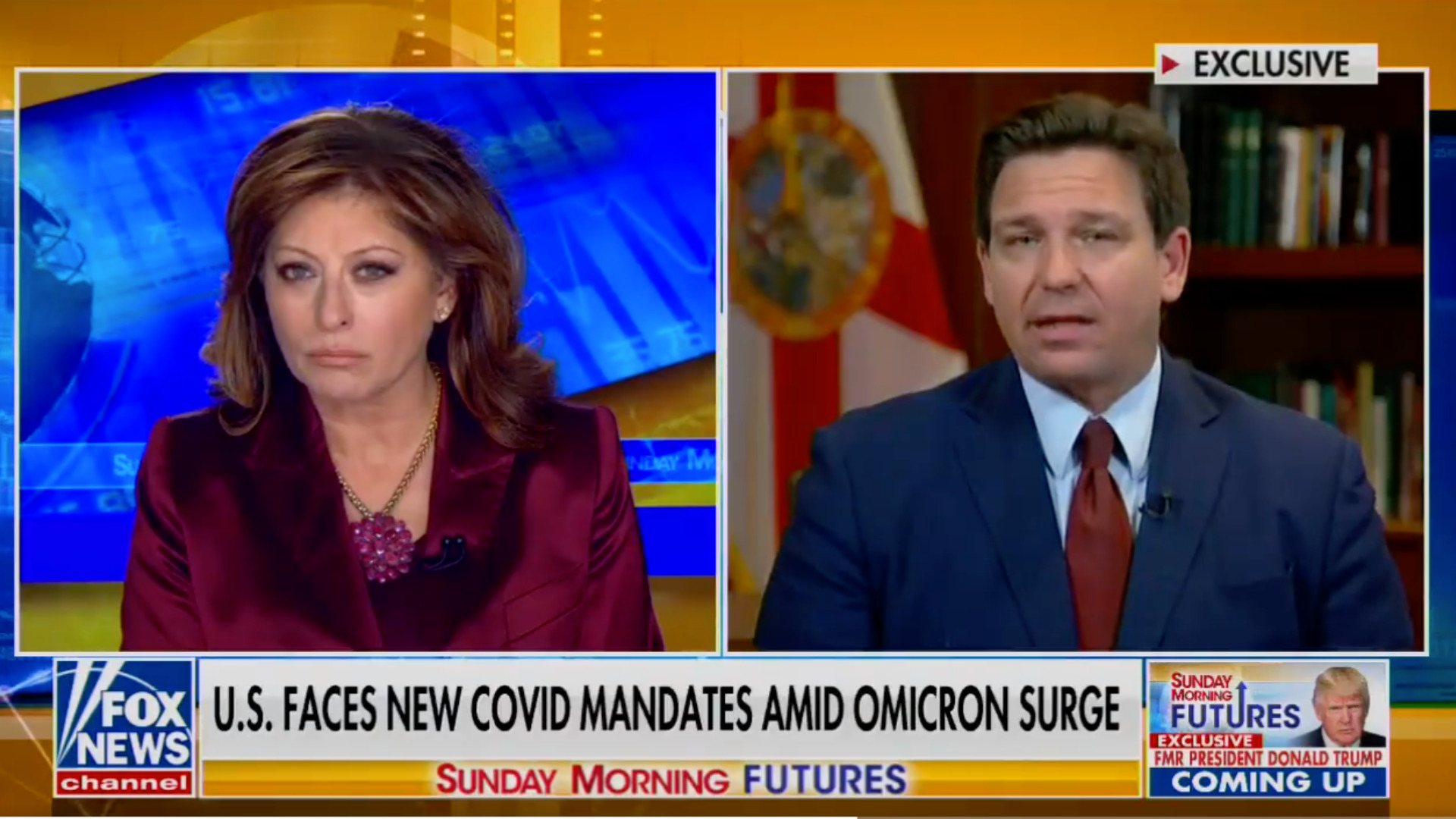 Florida Governor Ron DeSantis said on Sunday that no American’s rights should be restricted over COVID-19 booster shots.

DeSantis made his remarks during an interview on Fox News’ “Sunday Morning Futures” with host Maria Bartiromo.

Fox Business’ Maria Bartiromo: “Have you gotten the booster?”

Gov. Ron DeSantis (R-FL): “So, uh, I’ve done, whatever I did. The normal shot. And that at the end of the day is peoples’ individual decisions about what they want to do.” pic.twitter.com/AJ6XF8UN5V

DeSantis: It’s ‘people’s individual decisions about what they want to do’

Bartiromo noted that the new notion of being “fully-vaccinated” might mean two shots plus a booster. The Fox News host also asked DeSantis if he had received a booster.

DeSantis said that he “did the normal shot” and that it’s “people’s individual decisions about what they want to do.”

The Republican governor also said no one’s rights should be restricted based on their decision about getting a booster shot.

Bartiromo asked, “Governor, we’re not even sure what fully-vaccinated means anymore. The other day, Dr. Fauci said, you know, we could be that fully vaccinated means three shots, which is two shots for the vaccination and then one booster shot.”

Fauci told CNN earlier this month that the definition of “fully vaccinated” changing was a “matter of when, not if.”

“Have you gotten the booster?” she queried.

DeSantis replied, “So, I’ve done whatever — I did the normal shot, and you know, that, at the end of the day, is people’s individual decisions about what they want to do.”

RELATED: Democrat Says She Was ‘Totally F***ed’ By Democrat Colleagues, Says They Should Have Drawn Congressional Maps To Benefit Her

DeSantis: Americans ‘should not have their rights, freedoms, or liberties restricted based on these boosters’

“But these boosters, in terms of — now Florida, we don’t, we banned vaccine passports; we won’t let them fire [you], even private businesses, over this because we don’t think that’s appropriate,” the governor said. “But one of the reasons why we took those steps is because we knew the definition of vaccination would be a shifting target. And I predicted this a month and a half ago, and people said that I was wrong, and now we’re starting to see it come to fruition.”

“So, there’s gonna be people who’ve done maybe two Pfizer shots who are not doing [the] booster, and they could be considered in certain parts of the country to be unvaccinated, and then denied the ability to participate in society like everybody else,” he added.

DeSantis finished, “It’s gone way, way too far, and that is a decision that people should make for themselves, but they should not have their rights, freedoms, or liberties restricted based on these boosters.”