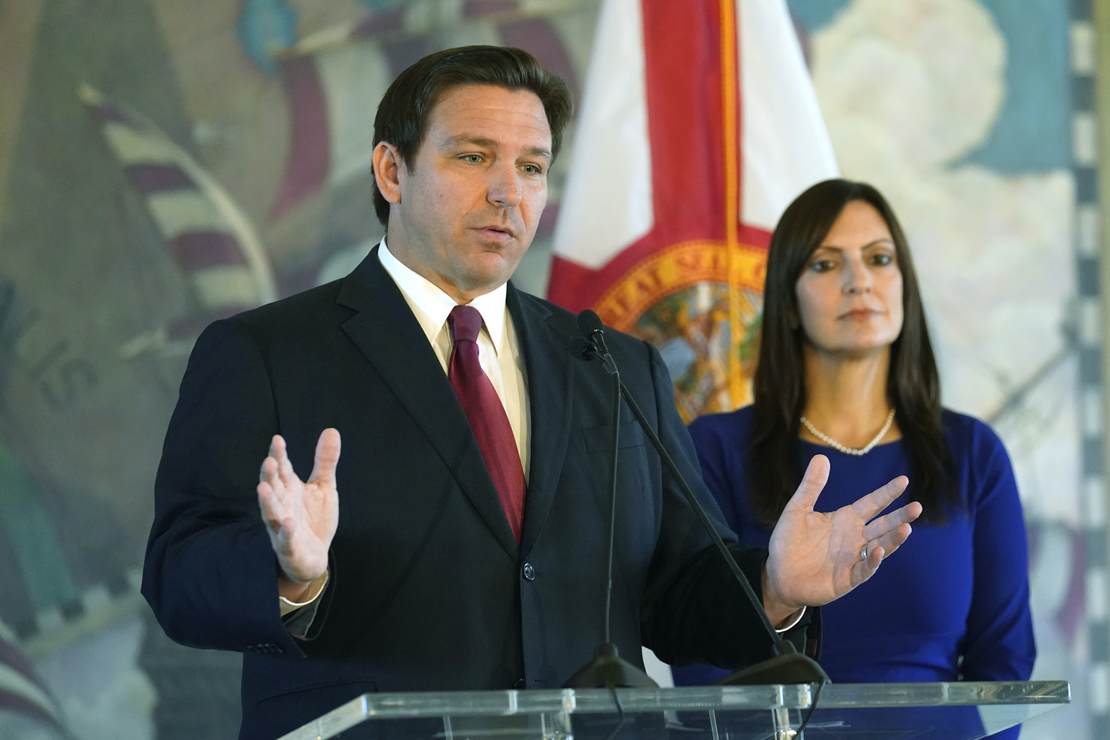 I’m not sure how many days we are into this insane Democratic conspiracy theory about Florida Gov. Ron DeSantis, but they’ve been claiming for about a week that he’s been “missing.”

In fact, DeSantis was never missing. As we reported, he has a work schedule that he gives out to media and had done so, which showed him having meetings during last week. But because he didn’t have a public appearance scheduled until Dec. 30, Democrats and some in the liberal media, like MSNBC’s Joy Reid, claimed he was “missing.” You even had Rep. Alexandria Ocasio-Cortez get involved in the conspiracy trying to deflect from the fact that while she’s all for imposing masks and vaccine passport mandates on little kids in school in her state, she’s off in free Florida partying. Local media came out and confirmed that not only was he at work during the week but they knew he was helping to take his wife to cancer treatments during the week. So that stopped the crazy, right? Nope, they still continued.

It’s gotten to the point of complete ridiculousness. Here are the vile accounts connected to the anti-GOP Meidas Touch people discovering — gasp — that people take holiday photos for cards — wait for it — early. And that they may use the same photos! Heavens to Betsy!!

Ron DeSantis’ family is wearing the exact same clothes in both their Christmas and New Year Instagram posts. pic.twitter.com/pctLYqnOKD

These folks are seriously losing it at this point — they’re combing through pictures and comparing the clothes people are wearing as though this proves — what? That the family used the same pictures for their holiday cards and posts? That it’s hard to get little kids to sit for multiple shoots, so they only do one? What do they not get that they’re delusional and he was never missing?

DeSantis has made multiple public appearances over the past few days, including being at a football game, a concert, and today at a press conference. At the presser, as we noted earlier, he skillfully skewered Joe Biden and Rep. Alexandria Ocasio-Cortez while completely destroying the missing conspiracy theory. But there was a little bit more to his comments I wanted to follow up on where he noted that no, taking your wife to cancer treatments is “not a vacation,” that it’s a draining thing, that she was almost done with them and that he hoped she was going to be better on the other side of it all. That’s what being a supportive husband is about.

DeSantis responds to critics about being ‘missing’: Helping your loved one through cancer treatments is not a vacation.pic.twitter.com/hlNreyXcID

DeSantis also said that the folks behind this conspiracy theory to try to hurt him had made a “foot fault” and that sometimes you’re fortunate with the enemies that you have because he said they were “just not shooting straight.”

It’s sad that these people are so twisted he should even have to explain any of this and they obviously don’t give a darn that Joe Biden did toss everything and go to the beach. But it shows once again, how DeSantis is just a natural when it comes to responding to the left and their attacks on him. He shows not only does he stand up to them, but he rolls right over them in the process. He always comes out better for it and shows them for the slime they are.