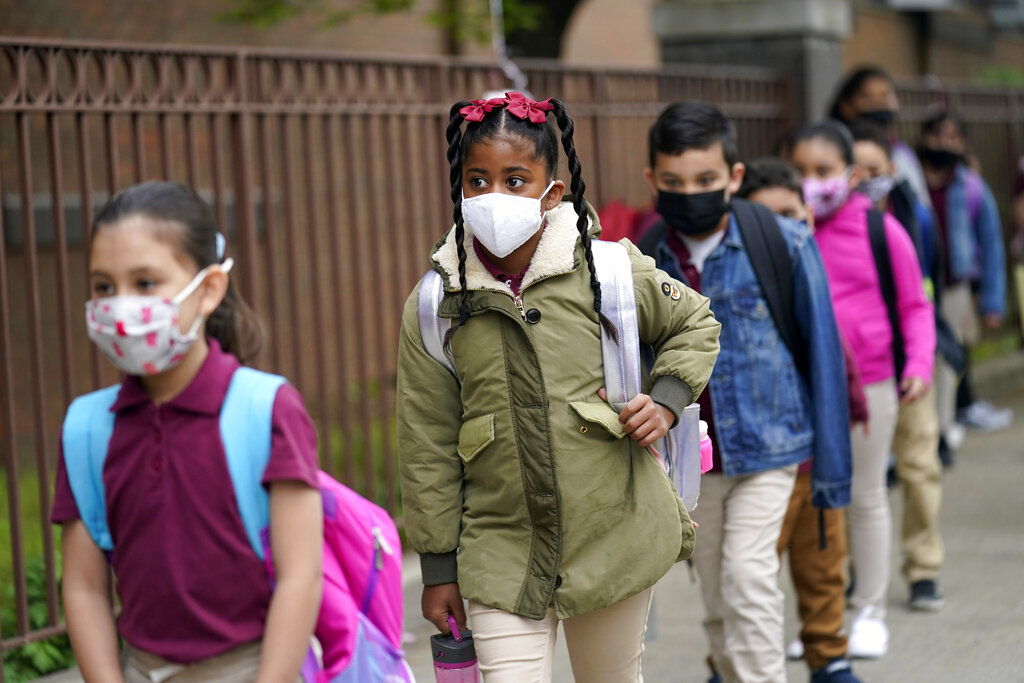 Governors in four states have announced plans Monday to lift statewide mask mandates in schools. Connecticut, Delaware, New Jersey and Oregon will end statewide mask requirements in schools by the end of February or March, citing the rapid easing of COVID-19′s omicron surge.

Gov. Phil Murphy announced Monday, “Because of the dramatic decline in our COVID numbers, effective March 7th, the statewide school mandate will be lifted.”

Murphy called the move “a huge step back to normalcy for our kids.”

“I’m very happy,” one New Jersey student said. “You can see right now that my glasses are fogging because of the mask, so I can see easier but also breathe easier and just enjoy school more without the mask.”

While most students are relieved, parents have mixed feelings.

“I think they should still be wearing the masks, it’s not that big of a deal in my opinion, it’s something small that’s working,” one mother said.

“I think the children should be able to breathe easy and they deserve it,” another mother said.

Although New Jersey students can ditch the masks on March 7th, local school districts will still be able to impose mandates if there is an outbreak.

Over in Connecticut, Gov. Ned Lamont wants to end the statewide mandate in schools and child care centers on Feb. 28.

Oregon’s mask requirements for schools will be lifted March 31 and New York’s governor says she will make a decision on masks Wednesday.

Meanwhile, California announced plans to end its indoor masking requirement for vaccinated people next week, but masks will still be the rule for school children in the nation’s most populous state.

Tunisian constitution committee head condemns president’s draft
France in Focus: The legacy of colonialism in France
Police say the repeal of Indiana’s handgun permit law means someone openly carrying a gun can be on a sidewalk eyeing a school but cops can’t legally ask them what they’re doing
A couple who live on a sailboat full-time share 4 perks and 7 brutally honest downsides to life on the sea
Best Tablets to Buy in India: We List the Best Tablets for All Your Needs
Hyderabad Plans to Set Up 330 EV Charging Centres Based on Feasibility of Locations
Share This Post
Comment