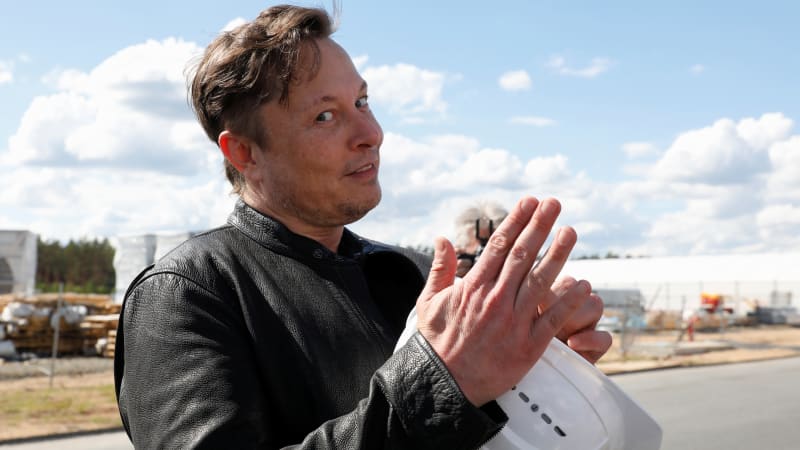 San Francisco – Tesla Chief Executive Elon Musk has exercised all of his options expiring next year, signaling an end to his stock sales that triggered a fall in the share price of the world’s most valuable carmaker.

Musk said last week that he would reach his target of selling about 10% of his stake in Tesla “when the 10b preprogrammed sales complete,” likely referring to his options-related stock sales.

Since early November, he has exercised options expiring next year and sold a portion of Tesla stock to pay tax under a “rule 10b5-1” trading plan set up in September.

With the option exercise on 1.6 million shares on Tuesday, he has exercised all of the options on 22.8 million shares, which are due to expire in August. He also sold 934,090 shares for $1.02 billion to pay for taxes, the filings showed.

Tesla shares lost about a quarter of their value after Musk in November asked his followers on Twitter if he should sell 10% of his holdings. They have rebounded to $1,088.47, but are still below the record closing high of $1,229.91 in November.

Musk has so far offloaded 15.7 million shares in Tesla, coming close to the 10% stake the billionaire has pledged to sell.

Out of the 15.7 million shares, 10.3 million were related to the options exercise. Musk sold an additional 5.4 million, cashing in on Tesla’s strong rally.

He has offloaded $16.4 billion worth of shares since early November when he said he would sell 10% of his Tesla stocks if Twitter users agreed.

Why are EVs as a group so trouble-prone, according to a respected study? What might…

A satellite from the SpaceX Starlink network traces the night sky. SpaceX has indicated it…

General Motors Co reported a 15% drop in second-quarter auto sales on Friday, as a…