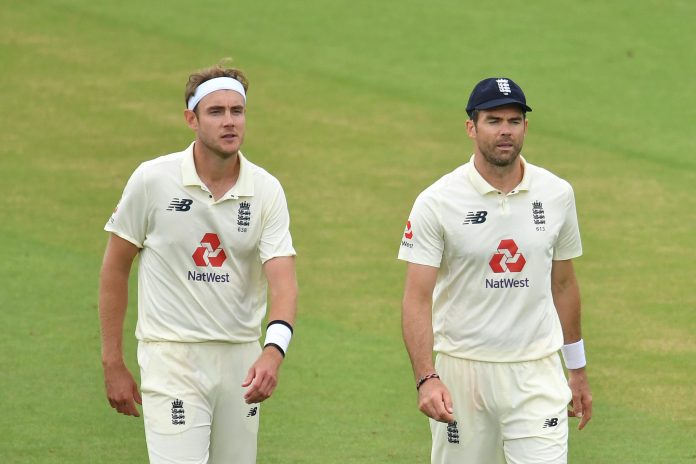 England tour of West Indies: James Anderson, Stuart Broad dropped – England have begun their post Ashes debacle shake-up and legendary pace bowling duo James Anderson and Stuart Broad being the first casualties when they embark on their tour to the West Indies. England have already dismissed Ashley Giles, Chris Silverwood and Graham Thorpe in the weeks following the Ashes, and now many of the playing squad are set to suffer the same fate when Andrew Strauss and Paul Collingwood name the touring party to the Caribean. Follow Insidesport.in for all West Indies vs England LIVE updates.

England have left out their most storied bowlers James Anderson and Stuart Broad out of their squad for the tour of West Indies. With the majority of the backroom staff sacked after England’s 4-0 loss against Australia, an interim panel made up of Andrew Strauss, interim head coach Paul Collingwood and Head Scout James Taylor will be making decisions in regards with the touring party.

With both Anderson and Broad in the final days of their career, the trio have decided to swing the axe and push the team in a new direction in a similar manner to England’s white-ball revolution after their 2015 World Cup disaster. In addition to Broad and Anderson, Jos Buttler has also been axed from the squad as England eye a red-ball rejig. Last week, England dispensed of the services of Managing Director Ashley Giles, Head Coach and Selector Chris Silverwood and Assistant Coach Graham Thorpe.

In Buttler’s absence, Ben Foakes has received a recall while Matthew Fisher, Alex Lees and Matthew Parkinson are new additions to the squad. The pace bowling department will be headed by Mark Wood, Ollie Robinson and Chris Woakes.