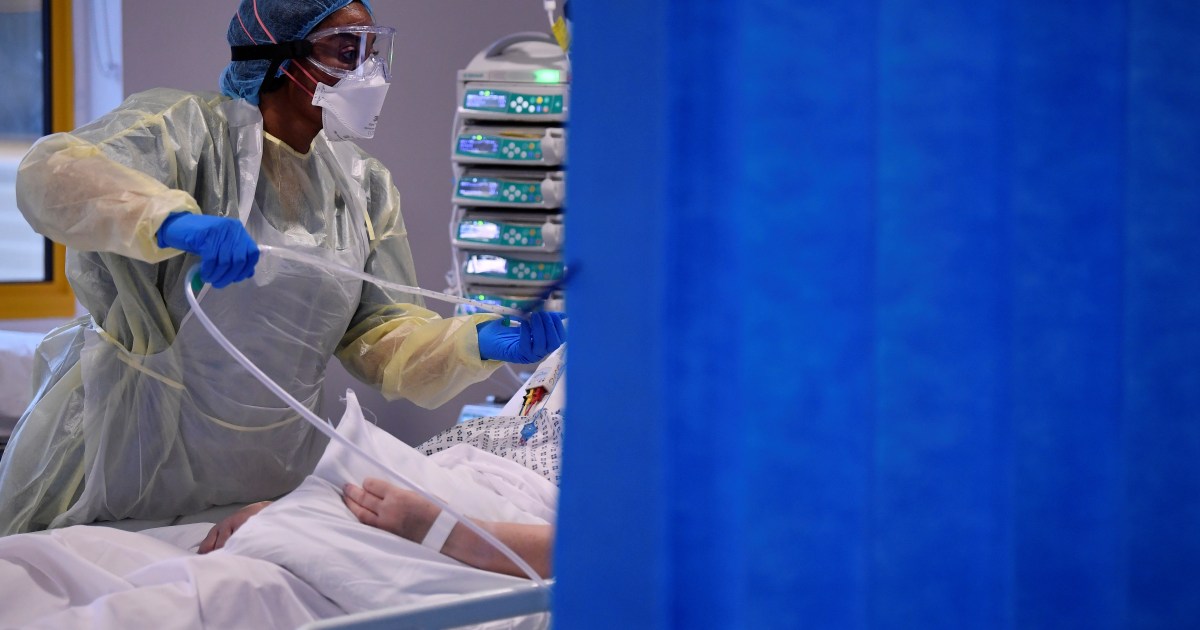 England’s National Health Service (NHS) is setting up coronavirus “surge hubs” at hospitals across the country amid a record number of infections and rising hospital admissions driven by the Omicron variant.

The temporary units are to be located at eight hospitals spread throughout England and will each have the capacity to treat about 100 patients, the NHS said on Thursday, with work starting this week.

NHS managers have also been asked to identify sites nationwide where up to 4,000 “super-surge” beds can be created should they be needed.

“Given the high level of COVID-19 infections and increasing hospital admissions, the NHS is now on a war footing,” NHS England Medical Director Stephen Powis said in a statement.

“We do not yet know exactly how many of those who catch the virus will need hospital treatment, but given the number of infections we cannot wait to find out before we act and so work is beginning from today to ensure these facilities are in place,” he added.

The NHS’ announcement came after the United Kingdom reported a record 183,037 new COVID-19 infections on Wednesday. More than 900,000 cases have been confirmed over the past seven days, up more than 40 percent on the week before.

The number of people hospitalised with COVID-19 in England also increased on Wednesday to 10,462 from 7,366 on December 24, NHS England figures showed. Wednesday’s figure was the highest since March 1, but still well below the peak of 34,336 recorded on January 18.

While early data suggests Omicron is less likely to cause serious illness than other variants of coronavirus, public health officials think the sheer number of infections it appears to be causing could lead to a huge jump in people in hospital and deaths.

British Prime Minister Boris Johnson, however, has resisted implementing new COVID-19 restrictions in England during the holiday season, instead looking to a ramped-up booster vaccination programme to control the spread of Omicron.

The third dose of COVID-19 vaccine, also known as a booster, is seen as a critical tool to help stem the spread of the new variant after research showed that the initial two doses of the inoculations currently in use in the UK were not offering sufficient protection against it.

Across the UK, almost 58 percent of people aged 12 and over have now received booster shots, including 325,087 who received the third dose on Tuesday, according to the latest government data.

Despite Johnson’s reluctance to introduce new curbs, devolved governments in the UK’s other constituent nations of Scotland, Wales and Northern Ireland have announced fresh measures in a bid to curtail transmission rates.

Al Jazeera’s Rory Challands, reporting from the UK’s capital, London, said Johnson’s decision to hold back from imposing new restrictions had left England increasingly positioned as an “outlier” within Britain and wider Europe.

“Across the English Channel, on the [European] continent, you have a different situation,” Challands said, citing decisions made by several countries to impose tougher rules, including France and Greece.

“The rest of Europe is doing things that England is not choosing to,” he added.

The UK has been one of Europe’s worst-hit countries by the COVID-19 pandemic. Its current COVID-19 death toll stands at nearly 150,000 people.