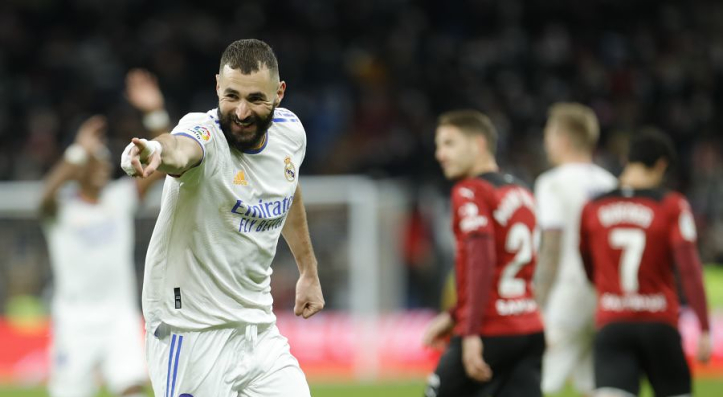 Seeking a second consecutive title, Lewandowski has 20 goals from 18 Bundesliga matches in 2021/22, having netted four times in his last three outings.

Bayern returned to action after the wInter break against Gladbach on Friday and while they lost 2-1, it was the star striker who got their goal.

Lewandowski will be aware he has two rivals tied on 17 goals and 34 Golden Shoe points lurking behind him.

Real Madrid striker Karim Benzema – the top scorer in Spain – is a top candidate to claim glory this season and now sits in a tie for second after scoring twice in the 4-1 win over Valencia.

It was the France forward’s second double in three games, having also scored twice against Athletic just before Christmas.

Patrik Schick, who netted in Leverkusen’s 2-2 draw with Union Berlin, remains close to Lewandowski in the Bundesliga goal charts and the Golden Shoe standings.

Premier League Golden Boot leader Mohamed Salah is at the AFCON with Egypt while Dusan Vlahovic, who sits top of the Serie A scoring charts, lost ground after being scoreless as Fiorentina were thumped 4-0 by Torino on Monday.

The Lazio striker has moved on to 15 goals for the 2021/22 season after scoring against Empoli and Inter in his last two outings.

There are some star players at Paris Saint-Germain this season but it is Lille’s Jonathan David who tops the Ligue 1 scoring charts on 12 goals, putting him in a tie for eighth in these standings.