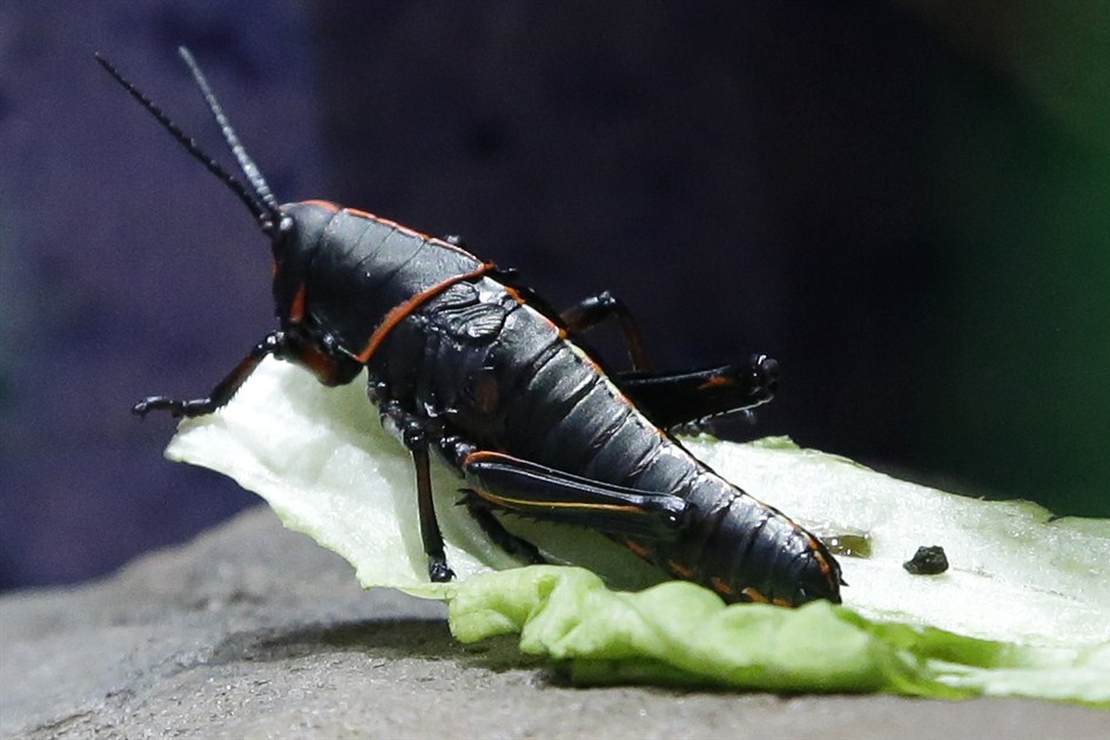 The next time you hanker for a hunk of food, how about saving the planet?

You can do just that by chomping on bugs in your yard.

And you’ve got the endorsement of government if you live across the pond.

So if late at night, you’re looking for a snack, maybe check the corners of your basement.

You can’t beat a meal that chirps so you can find it.

But in case you’re wondering why government bureaucrats spent time telling people to chew on bugs, there’s a Grand Reason at play.

As it turns out, every night when you floss out the antennae and tail pipes, you’ll savor the taste of Earthwide salvation.

Cause this has never been an icebreaker when trying to start up a conversation with someone 😒 pic.twitter.com/alB8cPKU4w

Globally, animal farms consume more than a third of the world’s total grain production. In the U.S. the share is closer to half. Insect-based animal feeds could be this industry’s best shot at building climate resilience, while also helping to manage a food waste crisis.

Who knew saving the world could be so easy?

Just lie in your yard in the dead of night, and let some things crawl in. You might even catch some spiders while you’re ushering in planetary deliverance.

According to Bloomberg, it’ll be “astounding”:

The environmental benefits of insect proteins both for human and animal consumption are astounding. Black soldier fly larvae, in particular, hold promise: Known in the industry by the acronym BSFL, these infant bugs serve as high-quality chicken and fish feed and require 1,000 times less land per unit of protein produced compared to soy production, between 50 and 100 times less water, and zero agrochemical inputs.

And if you care what what you eat eats itself:

SFL have a notable advantage in that they are fed with our food waste, which we rampantly produce, especially in the U.S. Every pound of larvae can munch through 10 pounds of methane-emitting food scraps, playing a significant role in keeping the organic waste out of landfills and reclaiming those nutrients so they can reenter the food chain.

Call it the circle of life.

As for life over the last year, 2021’s been an interesting time for bug stories.

Beehold: The Return of the Murder Hornet

Their Name is ‘Brood’: America Prepares for a Plague of ‘Trillions’ of Locusts

Pest Control for the Problematic: World’s Largest Insect Organization Cancels a Name That Bugs Them

Just in Time for Mother’s Day: The World Gets Its First Nonbinary-Named Insect

Bugs are saving us all over the place:

And if you’ve got a business mind, perhaps you can start mating mealworms.

As reported by The Associated Press, “EU officials said breeding [insects] for food could have environmental benefits.”

But a word of warning:

Allergic reactions may occur for people with pre-existing allergies to crustaceans and dust mites, the Commission said.

It’s a whole new world. The old one is long gone.

These days, we separate people by race and eat worms.

Back to Bloomberg, God bless us and maggots:

The European Union’s landmark decision…was a victory for grubs and maggots — and people — the world over. The approval confers a kind of dignity to the lowly, protein-rich microbeasts that we foolishly dismiss as pests, and delivers a clear signal that the insect proteins industry is poised for significant growth. Above all, it paves the way for an alternative protein source that should play a critical role in feeding a hotter, more populous world.

Yale Cans Colonial Violence by Disarming a Puritan, Rips out a Near-Century-Old Piece of Art