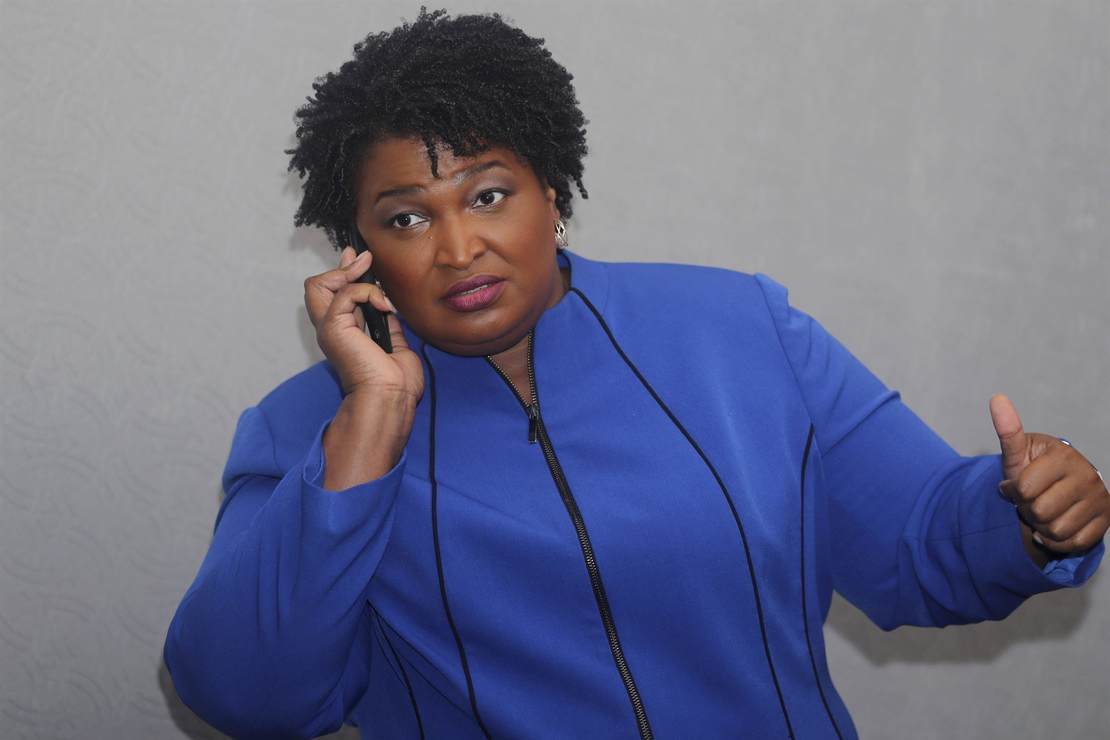 Even better: When the hypocritical liberal being called out is Democrat darling Stacey Abrams.

As you’re likely aware by now, Abrams caused a seismic reaction on Friday when she proudly and cluelessly shared a photo of herself unmasked — in a classroom full of young children who were forced to wear face masks.

Have a feeling this photo—which Abrams promoted on her own account—of her appearing maskless surrounded by kids in masks is gonna be in a lot of ads this fall. pic.twitter.com/gYtDOMGTeK

As the firestorm on Twitter ensued, the Abrams campaign predictably played the Black History Month card, suggesting “racism” was behind the criticism of Abrams’s “rules for thee and not for me,” maskless adventure and, worst of all, subjecting school kids to whatever horrible nonsense Democrats are now using to try to scare the bejesus out of America about the no-longer COVID pandemic.

The plot then thickened.

As we reported on Monday, the campaign said Abrams “explicitly required” kids to don masks—so she could take hers off.

This is one of those times I like to roll out the “shoe on the other foot” test against the hypocritical left. Imagine, for a nanosecond, the repercussions if Republican Ron DeSantis instructed a group of school children to put their masks on so he could take his off for a photo-op.

Perhaps that was the final straw that broke the hypocritical back for the condescending hosts of “The View,” who on Monday jumped ugly on Abrams, with even Joyless Behar saying Abrams “should have read the room,” while the irascible Sunny Hostin took it to the paint, hard:

It was an unforced error. I think it was really hypocritical, actually, her statement. First of all, this has nothing to do with Black History Month. The point is she was not wearing a mask when she is one of those proponents of mask mandates.

Far be from me to say what I’m about to say, but — *checks time* — at 3:56 EST on Tuesday, February 8, 2022, as I write this, I agree with everything Sunny Hostin said. Ain’t that amazing? No. What’s amazing is that even for just a nick in time, Hostin saw clarity and chose to speak the truth. That is the amazing part.

As was also the case with the irascible Ana Navarro, who took it to the net on Abrams, as well.

How could she not be much more careful in a room full of such small children? Stupid thing to do.

Was it, Ana? Or is it stupid to continue pushing a pandemic that no longer exists?

WATCH: ‘The View’ Slams ‘Hypocritical’ Maskless Stacey Abrams: ‘This Has Nothing To Do with Black History Month’ pic.twitter.com/tpkhsqDmB6

Again, I have far less problem with Abrams removing her mask than with the left’s blatant COVID hypocrisy. In high-profile case after high-profile case. From Nancy Pelosi’s trip to an otherwise closed hair salon to California Gov. Gavin Newsom’s maskless dining at the pricey French Laundry restaurant, in violation of his own mask mandate, to a maskless Joe Biden last week strolling around a stage mingling and shaking hands with other maskless people, to pretend Georgia governor Stacey Abrams.

Moral of the story: Doesn’t get any better. Never will. Democrats always gonna Democrat.