Home Technology Facebook Shouldn't Be 'Too Big to Fail' 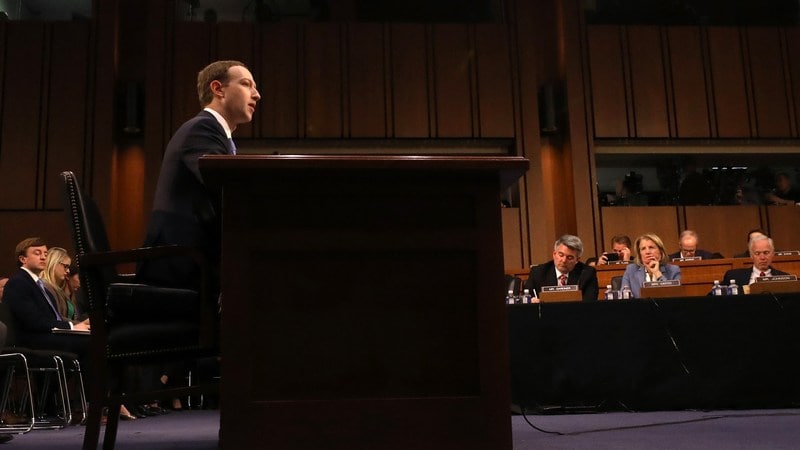 The 2008 financial crisis made the phrase “too big to fail” a part of common parlance. Until now, it’s been used mainly to describe financial institutions that have become so vital to our system that their collapse could take down the larger economy. When these institutions run into trouble, the government feels obliged to step in – and it has.

Following Mark Zuckerberg’s first day of testimony on Capitol Hill on Tuesday, one wonders: Is Facebook trying to usurp the “too big to fail” designation for itself – and with the opposite policy outcome in mind? Rather than asking for support or intervention, Zuckerberg’s message is that his social network is so systemically important that the government should just leave it alone.

The question now is whether our government will take the bait.

In a string of news appearances and in his prepared testimony, the Facebook chief executive continued to make a glowing case for the importance of his platform. In interviews, he mused on the “philosophical question” of helming a community of more than 2 billion active users, and about his “social mission” of connecting the world in new ways. Before Congress, he went further, painting a picture of the platform as all but essential to the functioning of the United States. “After Hurricane Harvey, people raised more than $20 million for relief. And more than 70 million small businesses now use Facebook to grow and create jobs.” And while Zuckerberg apologised for the mistakes the company has made, he made clear that he views it as his responsibility – and no one else’s – to fix them.

At least at Tuesday’s joint hearing before the Senate Judiciary and Commerce, Science and Transportation committees, many members of Congress appeared willing to accept Zuckerberg’s reasoning. It’s easy to see why they might.

It was clear, for starters, that the majority of those asking the questions weren’t necessarily familiar enough with Facebook’s technology to suggest any specific regulation to secure user data in advance of the next Cambridge Analytica-style scandal, or to prevent a new infestation of Russian bots. Why not allow Zuckerberg – the expert – to figure it out? He did roll out what seemed like dozens of new ideas and next steps for securing the Facebook platform. It was hard to tell whether they were real fixes or Band-Aids, however, and the senators didn’t seem up to the task of figuring it out.

Perhaps more important, much of Congress seemed to buy into the myth of Facebook’s importance and the inevitability of its growing influence. In his opening statement, Commerce Committee Chairman John Thune, R-S.D., said, “Today’s hearings are extraordinary. . . . But then, Facebook is pretty extraordinary.” Later, Sen. Roy Blunt, R-Mo., waxed nostalgic about how his were the first Senate business cards printed with a Facebook address, and how today his young son was already dedicated to Instagram, another Facebook-owned platform.

Yes, there were questions about what the company should change in the future or what it should have reported earlier. But few bothered to wonder whether the platform was worth all the trouble it had caused, or whether it was time for a major shift in how it operates – its revenue model, its data-collection methods, its end goal of world connection.

That’s a mistake. Facebook may tout itself as an idealistic operation, connecting humans across the globe for the greater good, but its business model is based on monetizing as much personal data as possible. In essence, the company has ushered in a new era of what is essentially personal surveillance for profit. Facebook may be making itself safer or more secure, but it hasn’t answered the question of whether we should continue to interact with it at all.

After all, it’s not even clear that Facebook’s leadership is entirely convinced of its own hype. In Europe, plans for a consumer-oriented regulatory scheme are underway, to be implemented next month. And as my Post colleague Anne Applebaum has noted, Zuckerberg seems to be rather excited to have the EU General Data Protection Regulation suggest changes to his site. Clearly, Facebook’s not too big to accept orders, and it’s not too big to pivot when needed.

After this week’s hearings, Congress should begin to look past Facebook’s bluster about its size and importance. It should resist the urge to take the company’s protestations at face value, and it should begin to push for real legislative remedies to the social network’s problems rather than leaving them to the site’s users to deal with after the fact.

Facebook may be big, but it’s not too big to fail.