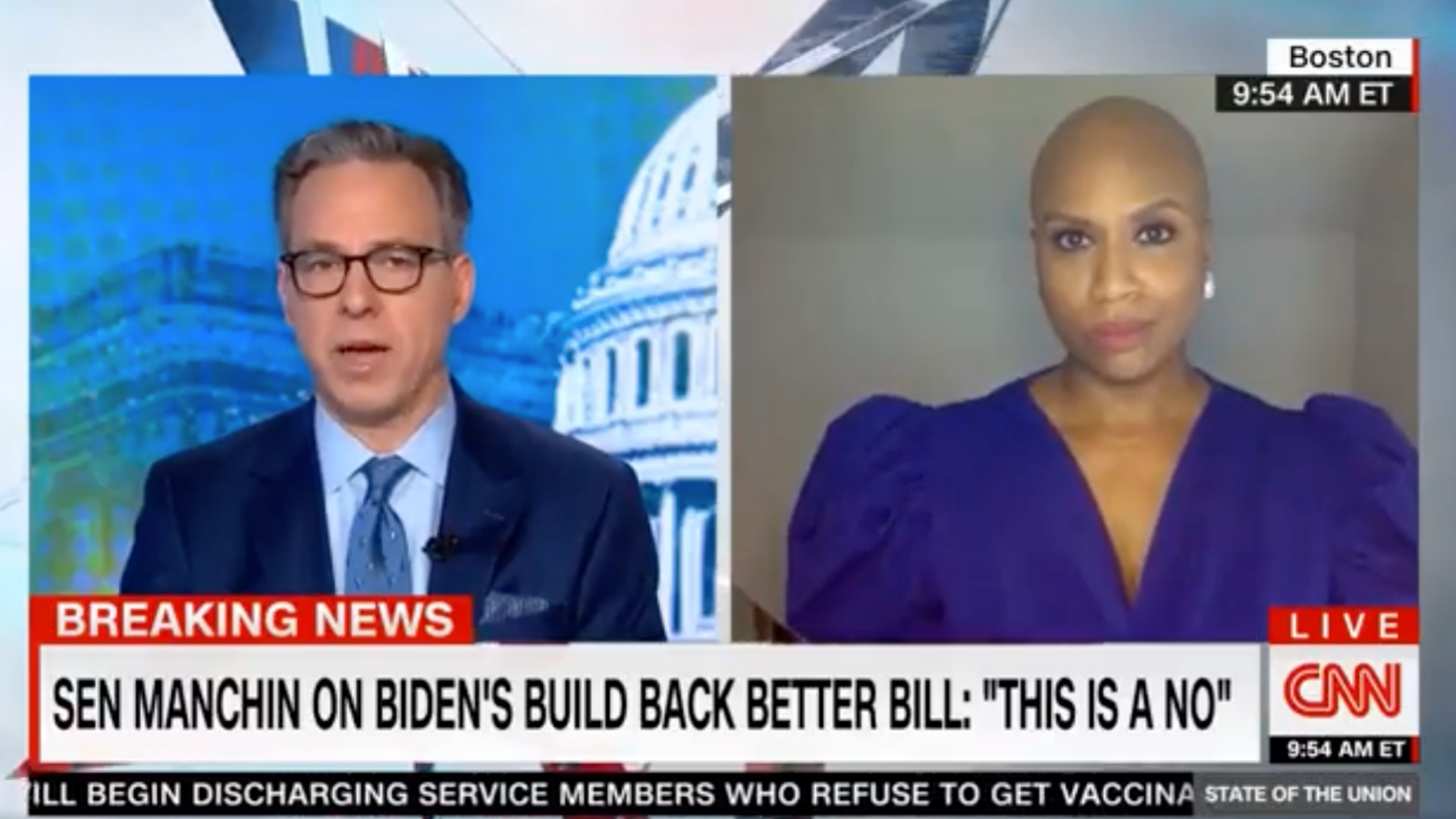 On Sunday, far-left Democratic Congresswoman Ayanna Pressley said that Sen. Joe Manchin had “contempt” for the American people after the centrist Democrat said he would not vote for President Joe Biden’s “Build Back Better” spending agenda.

Pressley made her comments during an interview on CNN’s “State of the Union.”

Senator Manchin’s obstruction of the People’s agenda is shameful & demonstrates his contempt for the American people.

We can & must deliver the #BuildBackBetter Act. Giving up is not an option. pic.twitter.com/pUHetRu2SV

“It’s a mammoth bill to address mammoth hurt to lower the cost of elder care, childcare, prescription drug cost, the child tax credit, which is so critical in combating child poverty,” Pressley added.

She continued, “West Virginia, I believe, is seventh in the country when it comes to child poverty. So by not advancing the Build Back Better Act, not only do we fail to meet the needs of the American people, their mammoth hurt in this pandemic and pandemic-induced recession.”

Bernie Sanders, Ayanna Pressley, Ilhan Omar, and Maxine Waters throwing temper tantrums on cable news is as good an endorsement of his decision to kill BBB as Joe Manchin could’ve asked for. They couldn’t have played into his hands more if they’d tried.

RELATED: Here Are The 7 Investigations The GOP Is Planning For The Biden Administration If They Take Back The House

Pressley: ‘All I want for Christmas is a senator that has compassion for the American people and not contempt’

“Not only that, but we’re going to put in his district, in his state, 50,000 more children at risk of going back into poverty by not advancing the Build Back Better Act because the child tax credit is in that and expired Friday,” Pressley said.

She added, “All I want for Christmas is a senator that has compassion for the American people and not contempt.”

Protests have been spreading across China against their zero-COVID policy, especially in the wake of…