Home Automotive First Jaguar C-Type Continuation ready for delivery, and you can still buy one 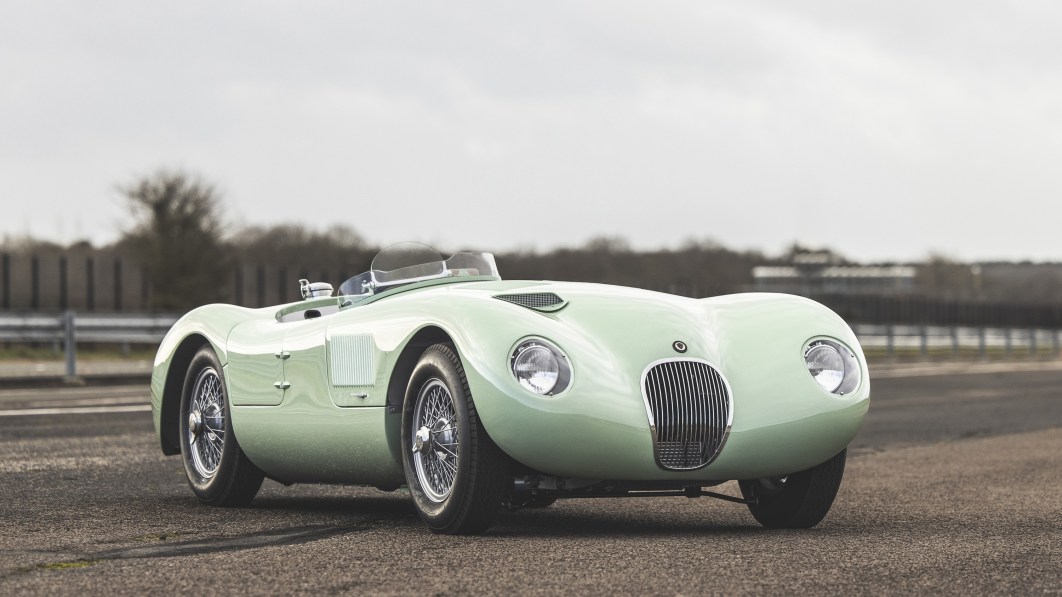 Jaguar’s XK120-C is known by its far more famous name, C-Type, known for winning Le Mans twice, and known for being the first car equipped with disc brakes to win a race in international competition. That latter victory happened on June 29, 1952, at the sports car race held ahead of the Formula II Grand Prix at Reims, France, with Sir Stirling Moss at the wheel. Today marking the 70th anniversary of that win, Jaguar has chosen it to announce the first C-Type Continuation is ready for delivery.

This is one of eight continuation C-Types the English automaker announced in January 2021, all of them built to similar specification as the 1953 C-Type that earned the model’s second win at La Sarthe, meaning a 3.4-liter, 220-horsepower straight-six sporting three Weber carbs and disc brakes at the four corners. This one is finished in Pastel Green paint with Suede Green seats, recalling the car Moss raced in Reims the year before.

The Continuations are being built at the Jaguar Classic Works in Coventry, each needing 3,000 hours to complete due to using the same build techniques that went into creating the original cars. After the build, Classics engineers put each example through 250-mile shakedown. Once the run is complete, Jaguar said it planned to host a motorsports-themed celebration for the octet. Owners can enjoy plenty of other track days as well, the Continuations being approved by the FIA to run in all FIA Historic events. Owners won’t need to worry about seeing their car everywhere, either, since the C-Type is a rarity even with these additions; Jaguar only built 53 of the original.

Seems an undisclosed number of C-Type Continuations are still available to purchase. If visuals can sway any prospective buyers, Jaguar created a configurator showcasing the 12 exterior colors, eight leather hues, and two roundels that can be optioned. The carmaker hasn’t mentioned pricing publicly, but it’s thought to be north of seven figures.