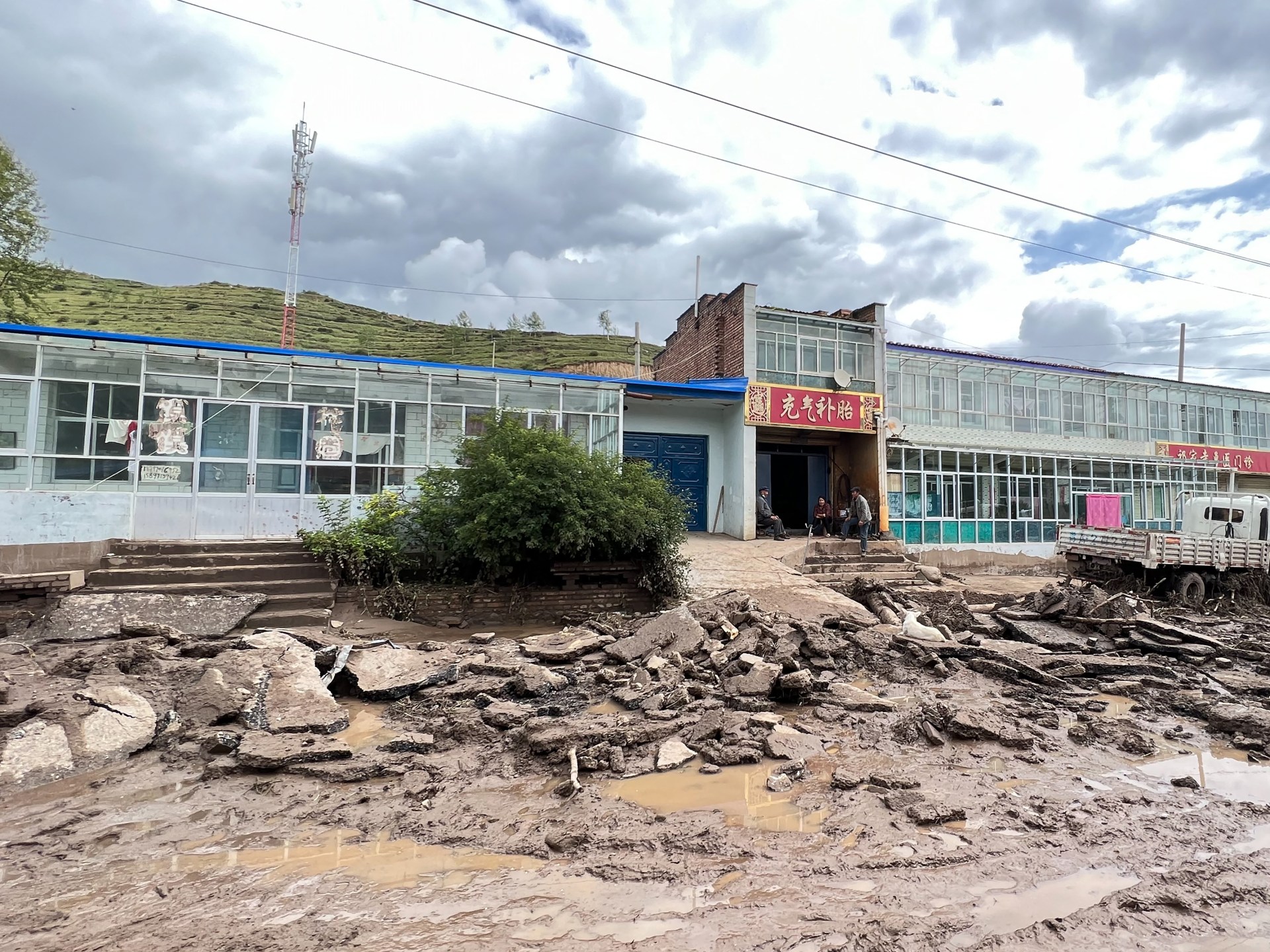 Deluge wreaks havoc in Qinghai province amid a summer of extreme weather in China.

At least 16 people were killed and 18 others were missing after a sudden rainstorm in western China triggered a landslide that diverted a river and caused flash flooding in populated areas, Chinese state media has reported.

Emergency authorities described the flash flooding in Qinghai’s Datong county as a “mountain torrent”. Such torrents generally result from heavy squalls in mountainous areas. Water running down the mountain can turn gullies or streams into raging rivers, catching people by surprise.

Elsewhere in Sichuan and other provinces, crops are wilting and factories have been shut down as drought cut hydropower supplies and high temperatures raised electricity demand.

China is facing heavy rains and flooding in some parts of the country this summer and extreme heat and drought in other regions. State media has described the heat and drought as the worst since record-keeping started 60 years ago.

More than a third of weather stations in the country have recorded extreme heat this summer, with 262 of them reaching or surpassing previous records, according to the China Meteorological Administration.

The Ministry of Finance said on Thursday that it would make 420 million yuan ($61.83m) of emergency funds available to help local governments provide food and drought relief.

Scientists say extreme weather across the world has become more frequent due to climate change, and will likely grow more intense as temperatures rise.