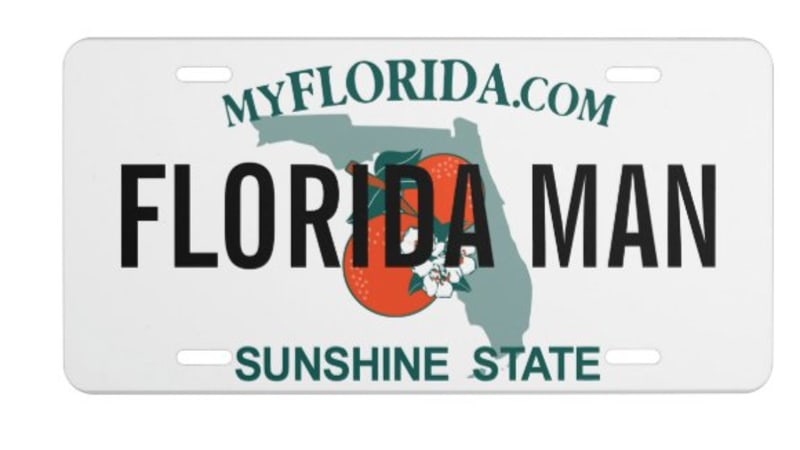 The ability to personalize your car’s license plates shouldn’t be taken for granted. In most countries, you’re stuck with the sequence assigned by local authorities (and, in some nations, your vehicle will wear that number for the rest of its life). Some drivers try to take advantage of this privilege, and the list of Florida’s rejected vanity plate applications provides a rare and sometimes humorous look at these attempts.

Florida’s Department of Motor Vehicles (DMV) rejected over 500 applications in 2021. Most of these were turned down because they were considered offensive, and a great many of them are unfit to print in this story. One recurring theme is that Floridians, like just about everyone on this planet, were happy to see 2020 come to a close. “2020WTF,” “FU2020,” and “WTF2020” were declined by the DMV. Others aren’t thrilled with their car: Two motorists found out that they can’t tell the world they drive a “SL0WP0S” or a “SHITB0X” via their license plates.

Politics inspired at least a few motorists: “FJBIDN” is one of numerous plates dedicated to the president. And, inevitably, there are quite a few oddities in the bunch. “DRUGMAN” is hopefully a pharmacist, who may be too late to save the person who is “DEADAF” and could be on his or her way to an encounter with “KLLER.” The people who applied for “FATAF,” “FTBSTRD,” and “FKDIET” might have a few things in common. References to various drugs, bodily functions, and a stunningly diverse selection of swear words were common as well. And, we can’t help but wonder if “T BUNDY” was applied for a brown Volkswagen Beetle like the one the serial killer drove on his grim murder spree.

Let this remind you that, if you apply for a vanity plate, Florida states that “requests with obscene or objectionable words will be rejected.” Floridians bent on objectionable plates just missed their chance to move up to Maine, “the wild, wild, wild west of vanity license plates” where everything up to and including the “F bomb” was permitted and only recently has the state decided to intervene.