Skip to content
Breaking News
Sen. Josh Hawley predicts the overturning of Roe v. Wade will cause a ‘major sorting out across the country’ and allow the GOP to ‘extend their strength in the Electoral College’ Supreme Court Justice Clarence Thomas told his law clerks in the ’90s that he wanted to serve for 43 years to make liberals’ lives ‘miserable’ 29 Low-Key Items That Are Giving “Summer Without Trying Too Hard” I’m Leaving the Country Twice This Month—46 Items I Wouldn’t Dare Travel Without Top Democrats Float an Insanely Stupid and Dangerous Idea to Ignore SCOTUS Ruling on Roe 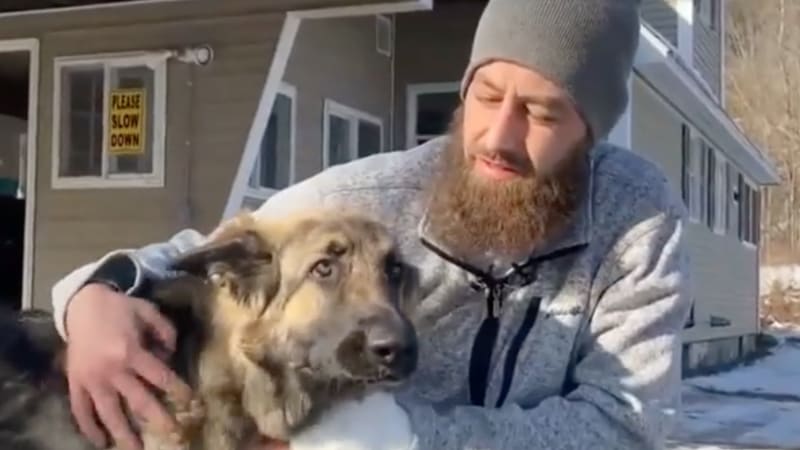 Both the vehicle’s occupants were seriously hurt, but thanks to Tinsley’s efforts they quickly received medical assistance once officers discovered their truck, which went off the road near a Vermont interstate junction, WMUR-TV reported Tuesday.

A New Hampshire state trooper and Lebanon police began chasing down what they thought was a lost dog, but it led them to a broken guardrail, and the rollover crash down an embankment near the Interstate 91 and Interstate 89 junction in Vermont on Monday night.

“The dog was trying to show them something,” said Lt. Daniel Baldassarre of the New Hampshire State Police. “He kept trying to get away from them but didn’t run away totally. It was kind of, ‘Follow me. Follow me.’ And they did that, and you know, to their surprise to see the guardrail damaged and to look down to where the dog is looking at, it’s just, they were almost in disbelief.

“I kind of compare it to, for those who remember, a real-life Lassie story,” Baldassarre said.

Tinsley’s owner, Cam Laundry, was not wearing a seatbelt, had been ejected from the truck, and hypothermia was setting in when officers and an aid car arrived. His passenger was more seriously injured.

“It’s honestly remarkable,” Laundry said of what his dog, Tinsley, did. “It’s a miracle!”

NECN-TV reports that Laundry has been charged with driving under the influence.

Why does wireless charging matter for electric cars? What key ingredient is missing from making…

[Updated to include Toyota’s park order.] Toyota is recalling nearly 3,000 examples of its brand-new…