Skip to content
Breaking News
Trump’s self-described ‘love letters’ to Kim Jong-un seized from Mar-a-lago have been published Sailor acquitted of setting fire that destroyed massive ship Hailey Bieber Just Settled the Debate on Which Shoe Style to Wear With Flares I’m All About Accessories—Here’s a Peek at My Epic Fall Shopping List No, Martha’s Vineyard Won’t Cost DeSantis in Florida 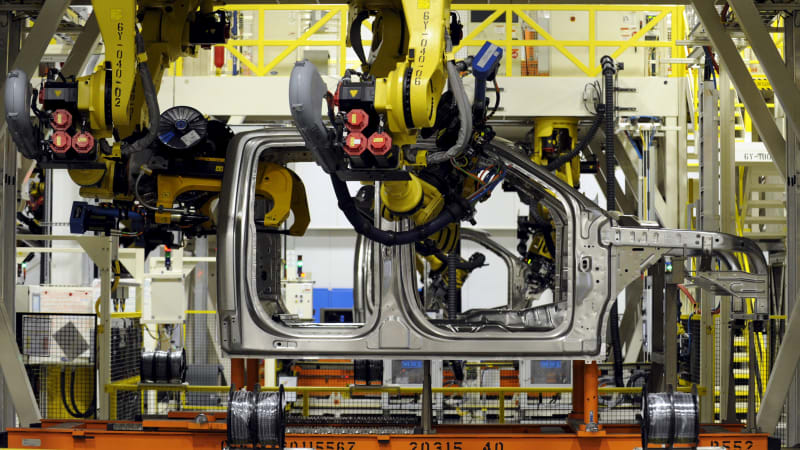 SAN FRANCISCO — Ford plans to suspend or cut production at eight of its factories in the United States, Mexico and Canada throughout next week because of chip supply constraints, a spokeswoman told Reuters on Friday.

The changes come a day after the Detroit automaker warned a chip shortage would lead to a decline to vehicle volume in the current quarter.

The Detroit automaker will also run a single shift or a reduced schedule at its factories in Dearborn, Kentucky and Louisville, while removing overtime at its Oakville factory in Canada.

All changes will be in place for the week beginning Feb. 7.

However, the company said it expected vehicle volume to improve significantly in the second half.

(Reuters) – U.S. consumers are exhibiting fragility ahead of the peak period for corporate results…