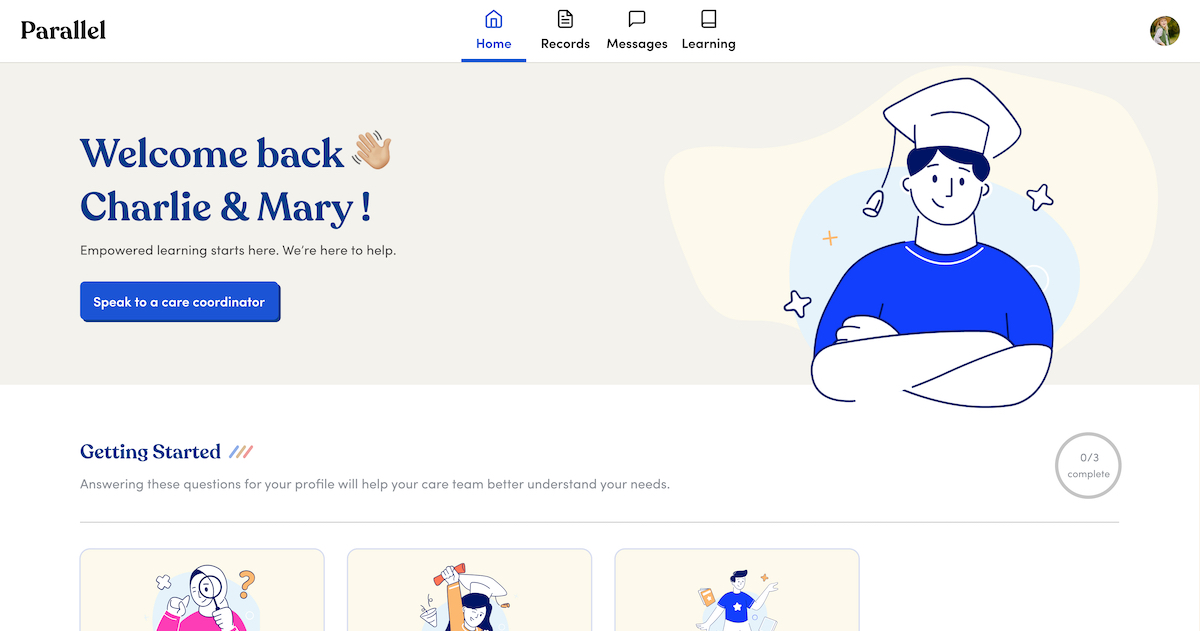 “I’m thrilled to join the Parallel team and to dedicate my focus to empowering young students – especially during this dire time of need as the U.S. faces a massive education crisis,” Liu said in a statement. “As a proud immigrant and a product of the public school system myself, I am passionate about increasing access to care and opportunity for kids of all ages. I look forward to bringing my expertise to this role to help us continue to grow and achieve our goals, and I could not be more excited to be part of this dynamic team.”

Robert Stager is also coming to Parallel as director of partnerships, where he’ll focus on creating partnerships with school districts to use the company’s special education services. He previously worked at education tech companies ONEder and N2Y.

The company also announced it planned to expand into Illinois, Texas and Florida next month. Parallel launched in December with $2.8 million in funding.

Perez most recently worked at femtech company Ovia Health as executive vice president and general manager. She also served on the founding team of telehealth company Best Doctors, which was acquired by Teladoc Health in 2017.

“Over the course of my career in healthcare technology I have identified three key trends that are paramount to the success of a business: focus on clinical and evidence-based care, purposeful design, and engagement and innovative commercial models,” Perez said in a statement.

“Big Health is leading the digital therapeutics industry in all three areas, and is poised for even faster growth ahead. I cannot be more excited to join Peter and the entire Big Health team to advance our mission of helping millions back to good mental health.”

“Companies that embrace DEI as a strategic imperative have consistently shown both improved employee experience and superior business results,” Edmonds said in a statement. “To see an early-stage company like Lyn seeking to instill these values as part of its foundation is inspiring. I am honored to bring my experiences to Lyn to help guide its focus on leveraging DEI throughout its culture and products.”

“We welcome Beth to the Kaia Health leadership team and look forward to leveraging her extensive healthcare experience as we expand our organization, not only in terms of size, but also in terms of the scope of our digital therapeutics offering,” Nigel Ohrenstein, president of Kaia Health, said in a statement. Ohrenstein joined the company late last year.

“We are excited to draw upon her background in strategic partnerships, fundraising, and digital health transactions to accelerate our growth and increase access to high-quality care.”

Virtual care coordination platform Pager announced a slew of hires and promotions for its executive team.

Joe Martinez has been promoted to vice president of virtual care. He most recently served as senior director of virtual care, and joined Pager in 2018.

The widespread use of various smartphone apps launched during the COVID-19 pandemic, most notably contact-tracing…

Clinical support tool Regard, formerly known as HealthTensor, scooped up $15.3 million in a Series…