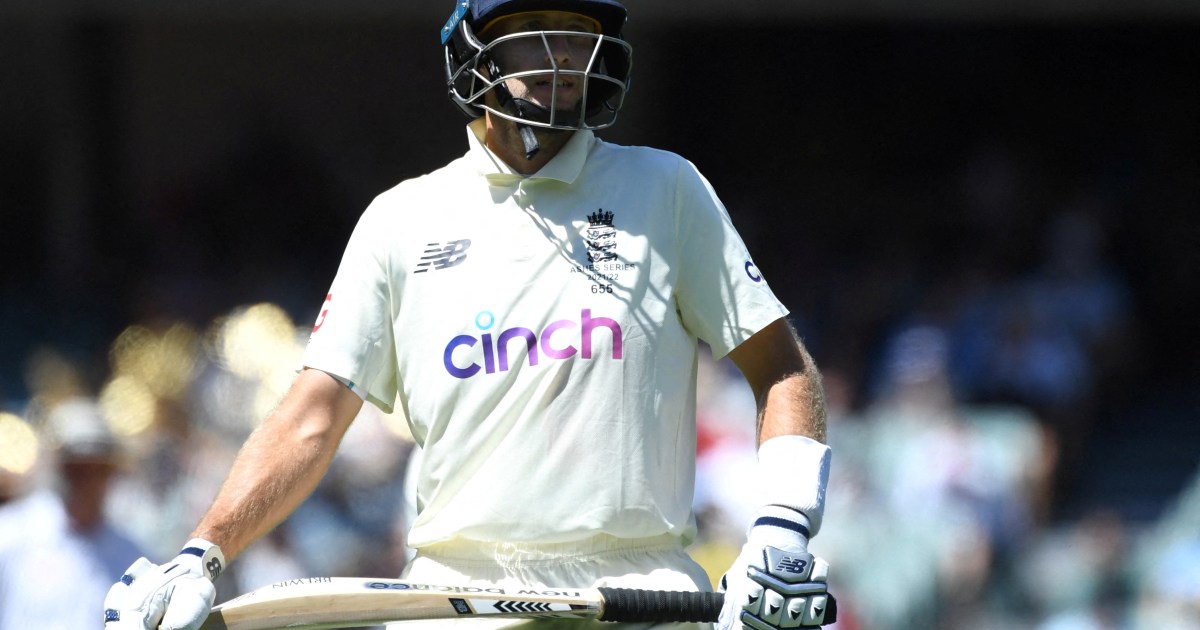 Fans and ex-players have rounded on England’s men’s test cricket team, calling for the side to undertake a major “reset” in the wake of its humiliating surrender of the Ashes to Australia.

Captain Joe Root’s men were bowled out for a meek 68 at the Melbourne Cricket Ground on Tuesday as they slipped to an innings defeat in the third Test, handing the hosts an unassailable 3-0 lead in the five-match series.

The total marked England’s lowest in Australia since 1904 and was the latest in a string of woeful efforts with the bat.

Former England bowler Steve Harmison said the team must now hit the “reset” button as a searching inquest into their capitulation began in the hours after play finished.

He told British broadcaster BT Sport the “embarrassment” could prove to be a moment of reckoning for some in the England set-up.

“There’s going to be a lot of things blamed, people’s careers on the line,” Harmison said, adding it would be short-sighted just to look at the roles of head coach Chris Silverwood and Root, who has enjoyed a fine year personally with the bat.

England – the reigning world champions in the 50-over, white-ball format – have endured a chastening year in Test cricket.

After a successful tour to Sri Lanka in January, where they swept a two-match series 2-0, the side went on to taste defeat away in India and at home against New Zealand.

They were also facing the prospect of losing a home series against India in September prior to the final test in the five-match showdown being called off at the last minute due to concerns about COVID-19. India were 2-1 ahead at the time.

The side’s defeat in Melbourne not only saw them equal Bangladesh’s all-time test record of nine Test losses in a single calendar year, set in 2003, but also equal their own record of 54 ducks in Test cricket in a year, set in 1998. A duck is registered when a batsman is dismissed without scoring a single run.

A record-equalling 54 ducks for England in 2021.#Ashes pic.twitter.com/V4M5HP3RUi

Domestic structure not ‘fit for purpose’

Another former England bowler, Monty Panesar, said the extended run of poor form was partly the result of English cricket’s governing body opting to focus on improving performances in limited-overs cricket, following a disastrous 2015 50-over World Cup campaign, at the expense of the longer format.

“England have made some selection errors and also [poor] decisions on the field in the Ashes,” he told Al Jazeera.

“But the England and Wales Cricket Board (ECB) has also prioritised white-ball cricket over red-ball cricket and they’re in danger of killing the goose that laid English cricket’s golden egg – which is Test cricket.”

Panesar’s remarks were echoed by BBC cricket correspondent Jonathan Agnew, who said England’s domestic structure was not “fit for purpose” as a breeding ground for the Test side.

“The [first-class] County Championship has been marginalised to the fringes of the season for the convenience of playing more limited-overs cricket,” he wrote in a BBC column published on Tuesday.

“The ability to produce a solid defence has given way to the desire to hit ramps, scoops and towering sixes … [and] the message from the authorities is the shortest formats are the only interesting or exciting versions of cricket.”

“If you can’t bat, you will not win games of cricket – and England have barely batted in these first three Tests.”

But it wasn’t just batting that let England down.

England supporters, too, were quick to express their dismay at the team’s latest loss, wider record of failure in recent months and historic struggles against their greatest rival.

Many took to social media to voice their frustration, with some pointing out the side had spent longer in quarantine – 14 days – upon their arrival in Australia several weeks ago than it took for the side to be vanquished in the series – 12 days of cricket spread across the three matches so far.

One Twitter user wrote, “Is it time to bring in a pre-qualifying round for The Ashes? Seeing minnows like England get thrashed every time doesn’t help anybody.”

Another suggested the famous urn the two sides compete for needed to be enlarged, because “English cricket is dead again.”

But others failed to find any humour in the side’s abject performances in Australia, which many English fans have stayed up overnight in recent weeks to watch from afar, simply denouncing the team as a “shambles” and “inept” instead.

Root, for his part, hinted himself at the close of play on Tuesday at where the post-Ashes tour inquest is likely to focus.

“That (the domestic structure) is a long conversation that should probably be had at another time,” he said, before insisting the best players available had been selected for the series.

The teams now have a short break before the fourth test will begin in Sydney on January 4.

‘The View’ Says ‘How Stupid Is She?’ For Sarah Huckabee Sanders’ Abortion Comments, Calls It ‘Dumbest Statement Of The Day’

‘The View’ Says ‘How Stupid Is She?’ For Sarah Huckabee Sanders’ Abortion Comments, Calls It ‘Dumbest Statement Of The Day’