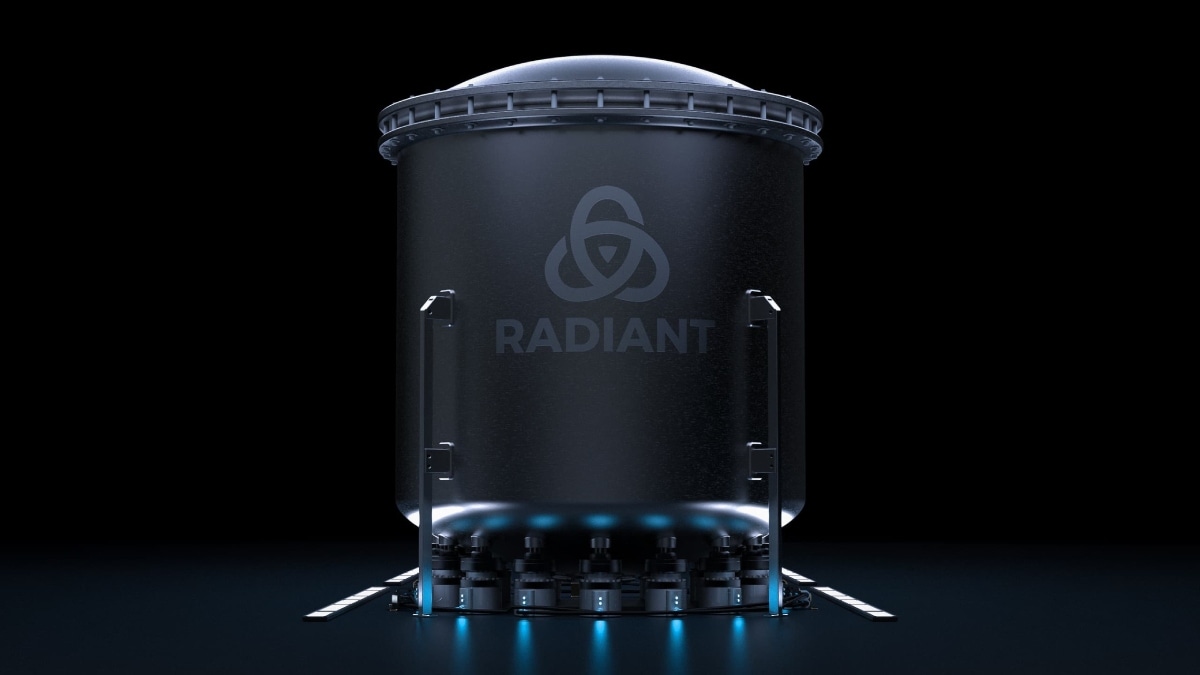 Governments all over the world are looking at energy security as a priority to power their industries, businesses, homes, and offices. But there are finite sources of energy and the technology to harness renewable energy is still decades away from a wider adoption. US-based company Radiant is trying to address this challenge by developing a portable nuclear microreactor. It is collecting funds to design the reactor that can be used where other forms of power generation, including diesel gensets, are not practical. Radiant is founded by engineers who have worked with Elon Musk’s SpaceX.

This technology is expected to enable people in remote and disaster areas with rapid supply of electricity as needed. The microreactors can be monitored remotely and centralised fueling, maintenance enable microgrids without any permanent impacts.

Radiant says each unit of its microreactor delivers over 1MW of electricity and can operate for up to eight years, providing enough power to support over 1,000 homes per unit. The company calls its design a “clean energy alternative to fossil fuels” for military and commercial uses.

A former SpaceX engineer who worked on developing energy sources for an eventual Mars colony, Bernauer said he thinks microreactors hold the most promise to supply power for settlements on Mars. During his research, he said, he saw an immediate opportunity to utilize the technology on Earth, which resulted in founding Radiant along with two other SpaceX colleagues.

Diesel has long been the fuel of choice to run gensets in areas which are located far from a traditional power grid. This brings forth both logistical challenges and environmental concerns. The transport of fuel is another big problem. Radiant’s microreactor has the potential to change the energy generation process for the better.