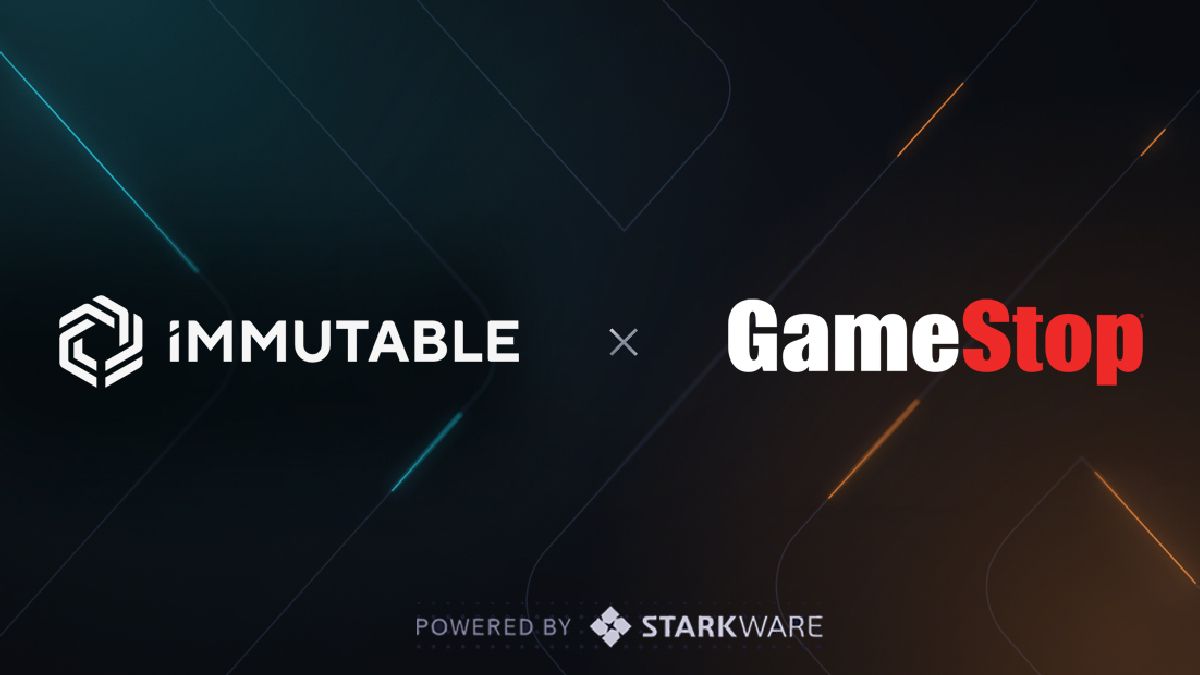 Video game retailing giant GameStop has partnered with Ethereum Layer 2 network developer Immutable X to launch its own non-fungible token (NFT) marketplace at a time when many companies in the gaming space are shifting away from NFTs. Announcing the news, GameStop said the Immutable X-powered NFT marketplace will launch later this year and that the two companies have set up a $100 million (roughly Rs. 745 crore) grant fund in the form of Immutable’s IMX tokens that will support developers who launch their gaming NFT projects on the marketplace.

As per the press release announcing the partnership, GameStop and Immutable will use these funds to create grants to give to creators of NFT content and technology. The retailer also mentioned that Immutable will partner with GameStop on its own NFT marketplace that should launch later in 2022. Additionally, Immutable will give GameStop up to $150 million (roughly Rs. 1,120 crore) worth of IMX tokens if the company is able to reach “certain milestones”.

According to Immutable X, IMX Tokens are specific utility tokens for the Immutable X protocol. Token holders can stake, vote, and pay transaction fee on the IMX Protocol with the tokens that are meant to incentivise users to build a scalable NFT ecosystem on the Ethereum blockchain.

Immutable X works on top of the Ethereum blockchain and is designed specifically for token-driven video games and NFT-based projects. The layer 2 network developer’s website claims, Immutable X is the first layer-2 scaling solution for NFTs on Ethereum, with instant trade confirmation, massive scalability, and zero gas fees, without compromising user custody. It is worth noting that Immutable is also the developer of the digital card game ‘Gods Unchained’, which uses the “play-to-earn” model whereby players can sell their digital goods.

It was known for some time that GameStop was planning to build a product or service within the Ethereum space, as its teaser site launched in May 2021 featured an Ethereum logo, but it wasn’t clear how the retailer planned to do so and whether an NFT marketplace was the eventual plan.

According to a Wall Street Journal report from early January, GameStop had hired more than 20 people to run its NFT marketplace division and establish cryptocurrency platforms in a bid to turn around its videogame business.